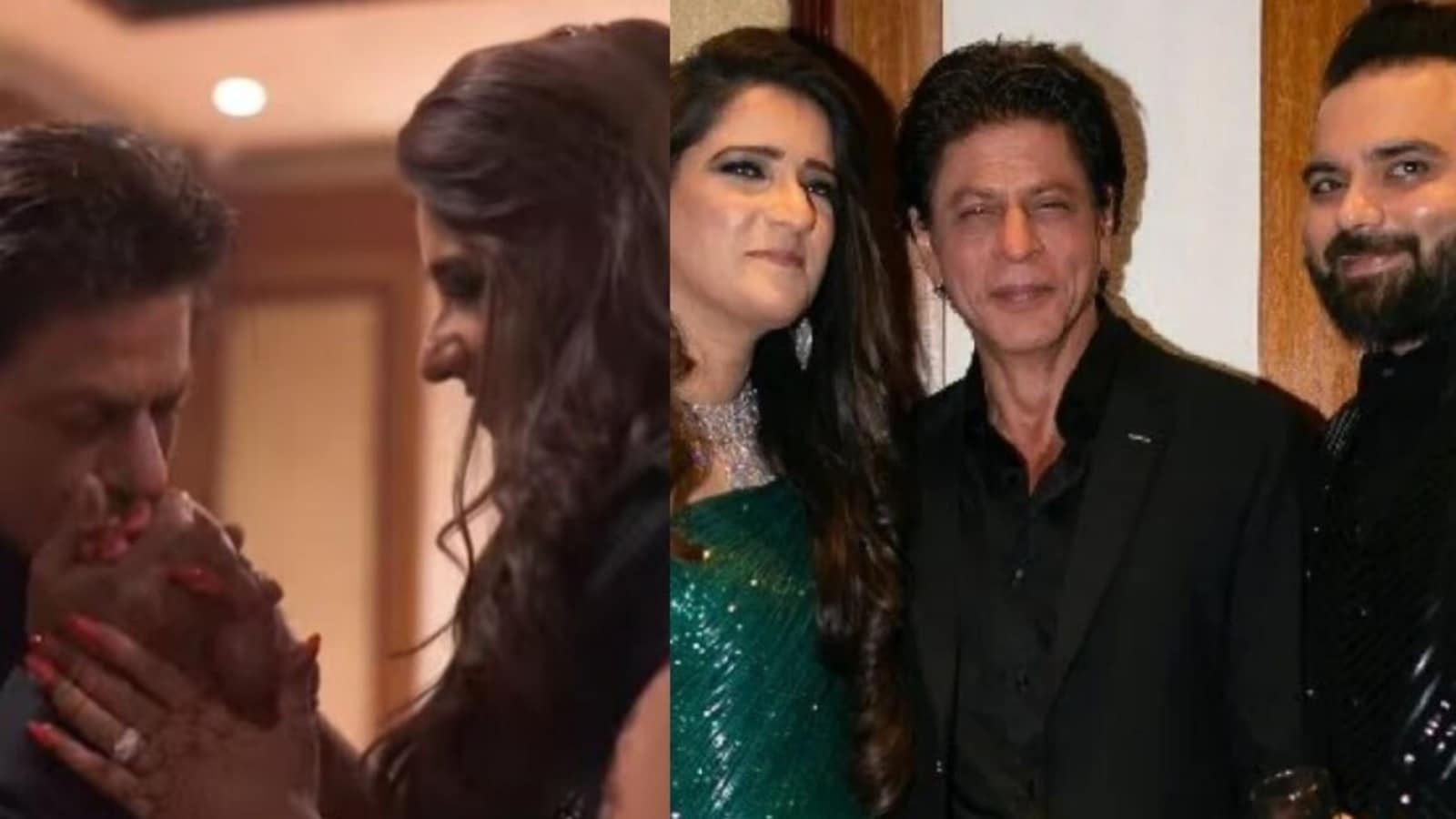 Actor Shah Rukh Khan recently attended the wedding festivities of one of his oldest friends, Red Chillies Entertainment Supervising Producer Bella Mulchandani in Mumbai. In a video shared by The Con Artists on Instagram, Shah Rukh is seen walking with Bella at a function and then planting a kiss on her forehead. Shah Rukh also kissed Bella’s hand at the party. (Also Read | Gauri Khan calls Mannat her dream project, says Shah Rukh Khan had ‘huge say in design’ of his Mumbai office)

The video was shared with the caption, “We are in complete awe of @iamsrk – such big heart and so much humility. Love and only love for this man.” Reacting to the video, a fan wrote, “He is most humble & beloved love you Shah Rukh!!!” Another fan commented, “He is so gentleman and sweet man. The perfect man.” “This really made me so emotional. To have @iamsrk’s blessings is a true privilege … wishing the happy couple all the best for the future,” a person also wrote.

On Instagram, several fan accounts also shared pictures. In one of the photos, Shah Rukh posed for the camera with Bella and her husband Rahul Raheja. In another picture, Shah Rukh was seen smiling for the camera as a woman clicked the picture.

A fan also shared a selfie he clicked with Shah Rukh. Posting the photo on Instagram, he wrote, “That fanboy moment in life when you meet your childhood idol and even get a hug from him, feels like a tick off the bucket list. Thank you @iamsrk for making my childhood awesome! You are the one and only!”

Meanwhile, Shah Rukh is making his comeback in films after nearly four years. He last featured in Aanand L Rai’s Zero (2018) alongside Anushka Sharma and Katrina Kaif. He will be next seen in Pathaan with Deepika Padukone and John Abraham. Helmed by Siddharth Anand, the film will release in theatres on January 25, 2023. Shah Rukh also has a film with Rajkumar Hirani titled Dunki in the pipeline. The film also stars Taapsee Pannu and will release on December 23, 2023.