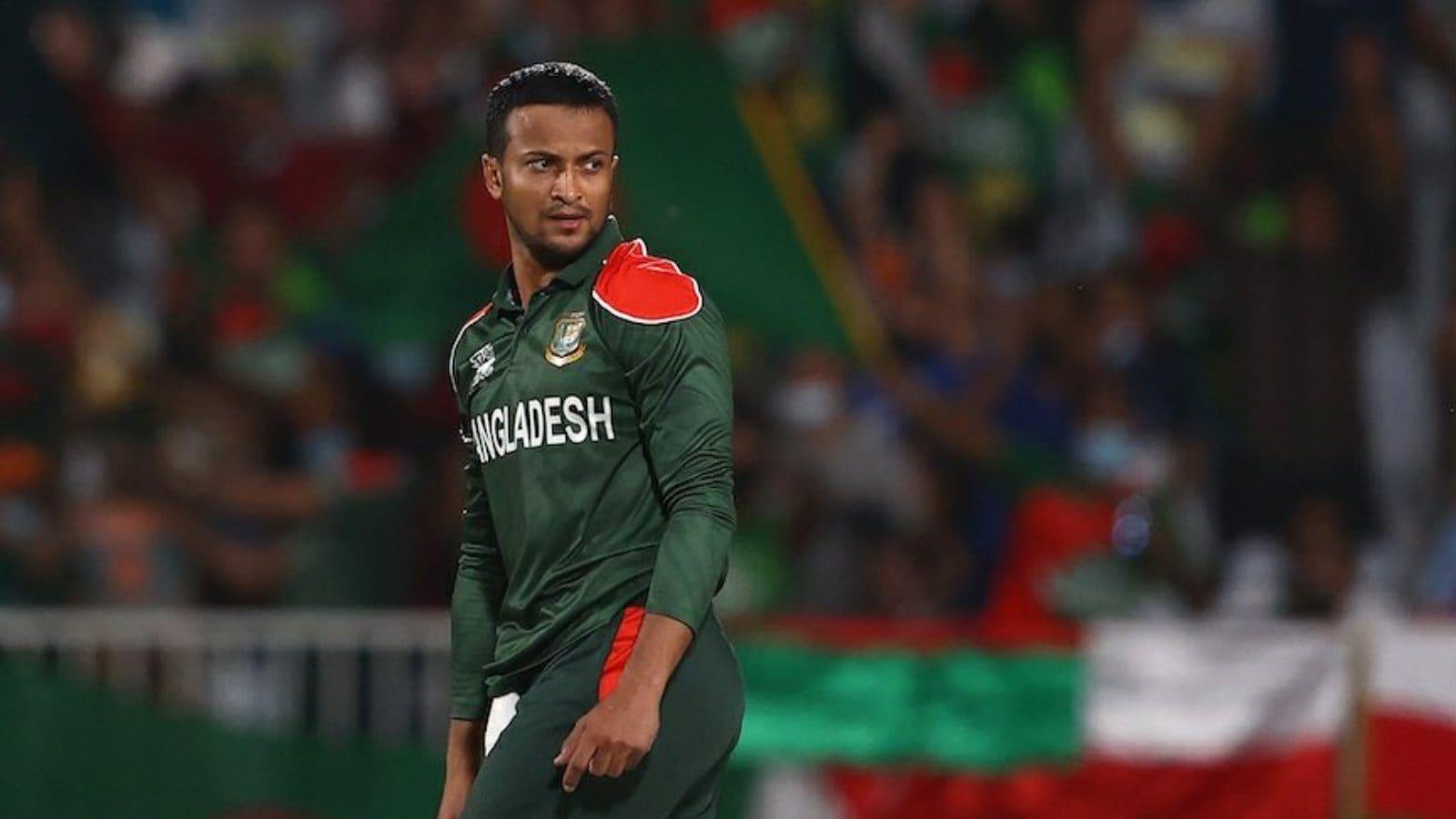 Shakib starred with ball and managed to get his team two quick breakthroughs in an intense game which saw Bangladesh set a target of 172 runs to its opponents.

Bangladesh legend Shakib Al Hasan is scaling new heights in T20 cricket. The star all-rounder became the highest wicket-taker in T20 World Cup history as he managed to remove Pathum Nissanka and Avishka Fernando against Sri Lanka in Sharjah. The 34-year-old now accounts for 40 wickets in the tournament; he overcame Pakistan’s Shahid Afridi in the process who lifted the trophy with Pakistan back in 2009. Afridi, who had 39 wickets, is closely followed by the likes of Lasith Malinga and Saeed Ajmal who had 38 and 36 wickets respectively.

Shakib starred with ball and managed to get his team two quick breakthroughs in an intense game which saw Bangladesh set a target of 172 runs to its opponents. Sri Lanka were going great guns when Shakib got the ball and turned things in his team’s favour.

Earlier opener Mohammad Naim and Mushfiqur Rahim cracked impressive half centuries to steer Bangladesh to a competitive 171 for four against Sri Lanka in their T20 World Cup Super 12 Group 1 match in Sharjah on Sunday. Joining forces in the eighth over when their side was struggling at 56 for two, Naim and Rahim stitched a quick 73-run stand in 8.3 overs to keep the momentum going.

Naim hit six boundaries in his 52-ball 62-run knock while Rahim remained unbeaten on 57 from 37 balls with the help of five fours and two sixes. Bangladesh openers Naim and Liton Das waited for a couple of overs before playing big shots. The duo looked good for a substantial partnership before Das got out for 16 in sixth over of the bowling of Lahiru Kumara.

Bangladesh’s Shakib Al Hasan has become the leading wicket-taker in T20 International. He achieved the feat when he removed Scotland’s Michael Leask for a duck. He now has 108 scalps to his name, one more than Sri Lanka’s Lasith Malinga who held the record till today. Bangladesh are up against Scotland in ICC World T20 Qualifiers in Oman. Bangladesh had won the toss and opted to bowl first. So far the decision seems spot on with Scotland being reduced to 99/6. Shakib himself accounted for two wickets for 17 runs. The all-rounder was playing in the IPL Final just two days back which means he needed little to no match practice.