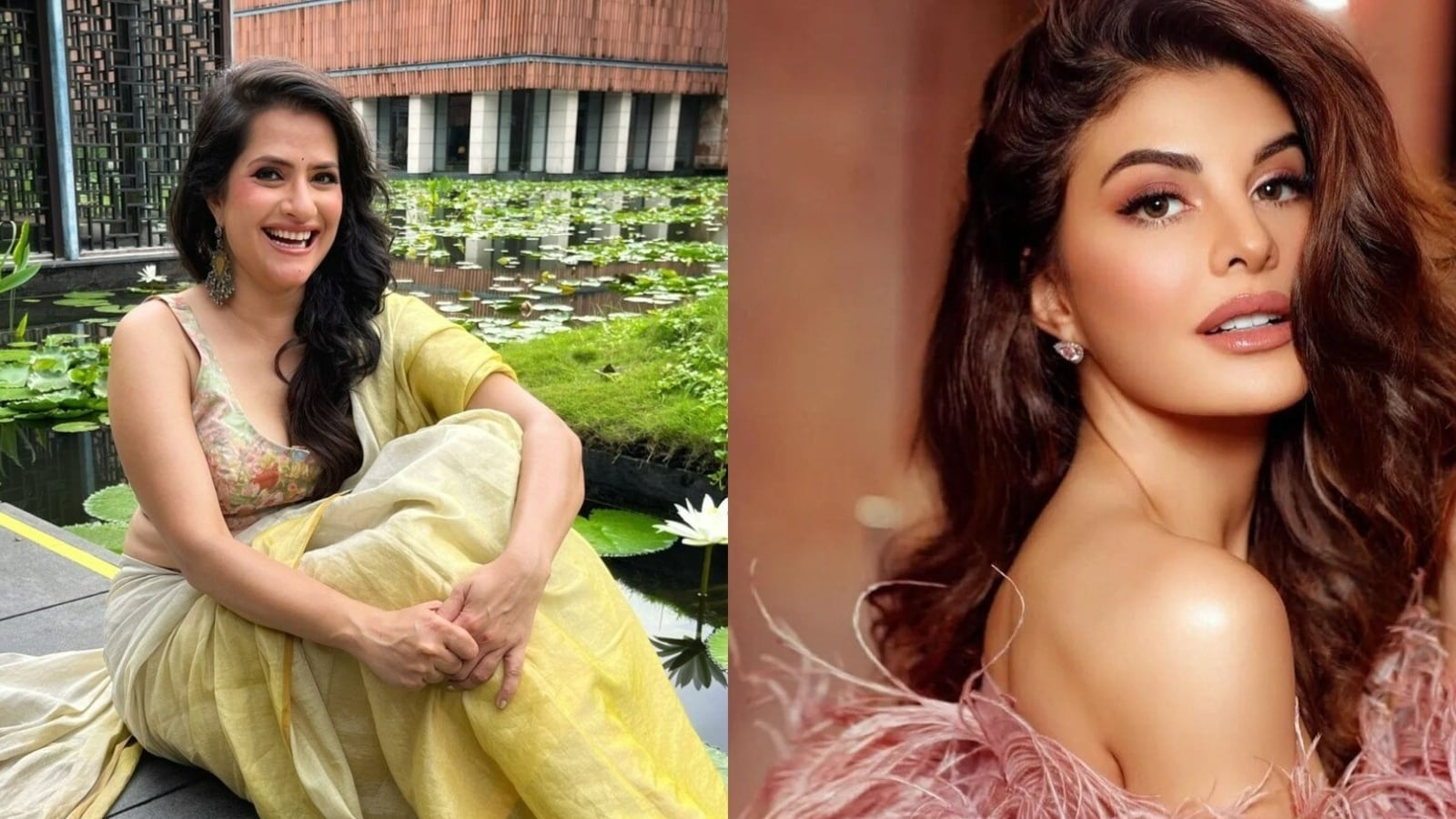 Singer Sona Mohapatra took to Twitter and urged fans of Jacqueline Fernandez to stop making ‘a fool’ of themselves. Sharing a meme that featured herself next and Jacqueline, she wrote, “Dear JF digital chelas (followers), spreading this brilliant ‘creative’ online as revenge, please note.” Sona had previously shared a video that she won’t buy products endorsed by Jacqueline. The actor has been under Enforcement Directorate’s scanner in connection with a money laundering case worth ₹200 crore against conman Sukesh Chandrashekhar. (Also read: Sona Mohapatra tweets she won’t buy items endorsed by Jacqueline Fernandez, advises people to ‘earn your own luxury’)

The meme compares Sona and Jacqueline as ‘Expectation vs reality’. Reacting to it, the Ambarsariya singer added to her tweet, “I am not available on ‘order’ thankfully, be it online or otherwise. Not on sale. My earlier tweet on her asked for youngsters not to be too. Stop making a fool of yourself and degrading her.”

Talking about the importance of labels carefully selecting their brand ambassadors, she had shared with Hindustan Times that her decision against not buying items associated with Jacqueline is not to diss someone. “The idea is not to diss someone. At the same time, sometimes I feel, to make a larger point about having better role models in society and children of our generation not running after numbers, pretty faces, gym bodies, and botox faces. So I mean, this is not what I want to talk about. This has specifically triggered me after I saw it at the airport, on my way back from my Kolkata gig and I feel like there’s another level of shamelessness.”

Recalling her interactions with Jacqueline, she added, “She used to come to my house and it used to be weird. This is just bizarre that the whole list has come out from the ED. The list of accepted gifts range from Gucci, Chanel, private jet rides to a house, Arabian racehorse, and whatnot, but the next day she was there grinning and smiling at Salman’s Iftar party because obviously, the belief is that we are untouchable and we can just continue just the way we have been following on Instagram.”