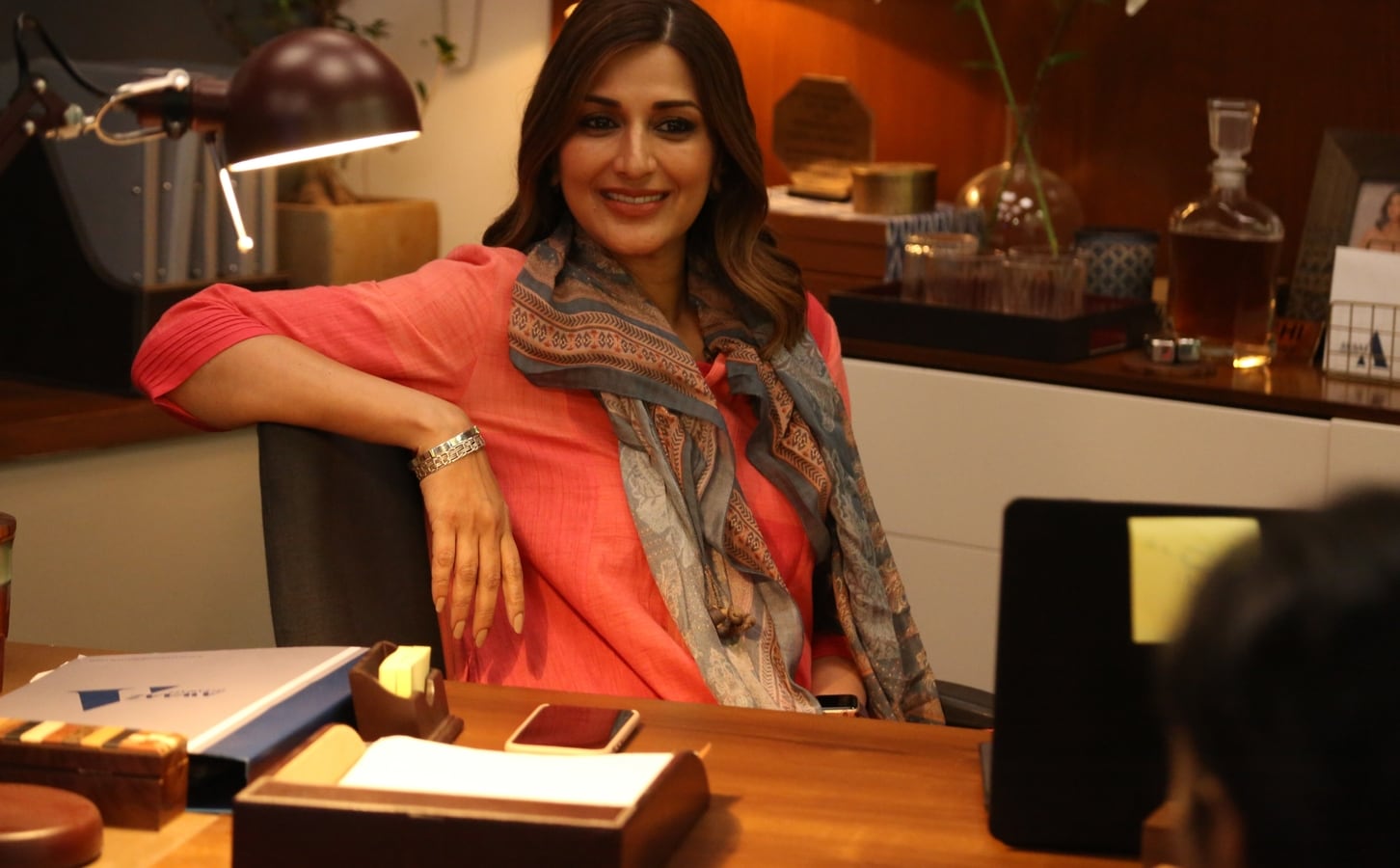 Sonali Bendre has made a comeback to acting after over seven years. In fact, her latest web series The Broken News is only her second fiction project since her last film Shankar Dada MBBS in 2004. It’s been quite a while. While many have labeled it her ‘comeback’, the actor herself does not care for the term. For her, it’s just new work. In a chat with Hindustan Times, Sonali talks about the series, her earlier attempts at returning to acting, and how she braved cancer. Also read: The Broken News review: Sonali Bendre makes strong return, but this run-of-the-mill thriller is saved by Jaideep Ahlawat

In The Broken News, Sonali plays Amina Qureshi, a 45-year-old editor of a news channel. And the age part was important for the actor, who is herself 47. She says, “I wanted a character which is my age. Without it being sad, I think I’m looking the best I have ever looked, if I may say that. I’ll tell you why. Especially after what I have been through, I see beauty in the imperfection and I feel that the lines I have on my face, I have earned them. I think they tell a story and I find that so beautiful. And not just on my face. I have always found faces with lines on them more attractive because I think they tell stories. Otherwise, it’s like a blank canvas, which doesn’t excite me.”

But it wasn’t just the character. The story and show itself appealed to her, says Sonali. The Broken News, which began streaming on Zee5 on June 10, is about two warring news channels. “I wanted a story, which was relevant and I wanted hope. I think storytelling is about hope because I read stories to find hope,” says Sonali, adding that the show gives a unique combination of being hard-hitting as well as positive. “That combination is what I find interesting because I don’t mean to say everything has to be frothy, glossy, and fun,” she adds.

But The Broken News isn’t the first story on media and news channels. However, Sonali feels this one has come at the right time given the proliferation of 24-hour news channels in India of late. She explains, “Stories on this topic have come but have not fallen into place correctly. Goldie’s (Goldie Behl, her husband) first film was about the media (Bas Itna Sa Khwaab Hai released in 2001) and people did not understand it. Maybe that was not the time. Maybe the audience was not ready. I don’t know what it was but it just felt that this needed to be told now.”

With Amina, Sonali is getting to play a character with shades of grey but where glamour is not an aspect or element of the characterization. It is something she did not get to do often in her first innings as a leading lady in the 90s and 2000s. She recalls, “I am an accidental actor. I came into the industry not wanting to act but because I was getting a chance and I kept getting the offers, and it was the best way to get that paycheck. And I worked for that paycheck. It was what I and my family needed and I did it. Then I came to a point in my career where it was not that a burning necessity, the next paycheck. Then you start exploring and doing new stuff. If you look at it from the pay point of view, it might not be the best thing: for example Anahat (her 2003 Marathi film) with Amol Palekar. You come to a certain point where it’s more like ‘how do I evolve’. At that point, the image, because of which you could get that paycheck and become what you are, now becomes the trap. There is no getting out of that.”

Soon after, the actor got married (in 2002) and had a child (in 2005) and decided to take a break. “I wanted to be a parent at that time,” she says with utmost clarity. It was then that she began appearing in reality shows as a judge. She explains that choice, “Reality television came closest to working in an office where I could balance my home life and work life. But, I was not playing a character. I was being myself. It has its own charm. I really enjoy it but it is different.”

Years later, Sonali attempted a ‘comeback’ to acting in front of the camera in the form of Life OK’s TV series Ajeeb Daastaan Hai Ye, which ran for over a hundred episodes from 2014-15. She says, “I did try getting back to fiction. I did a TV series, which was supposed to be different. It started like that but the audience wanted more conventional storyline and they were forced to make it more conventional. Lesson learnt! I had a commitment; I finished that and then I took a step back.”

Sonali says she realized the audience only wanted to see her in a certain kind of roles, the glamorous ones, probably because they were used to it. “I said why do they want to see me in certain kind of roles only. This means there is a huge gap between what I want to do and the work that comes to me. And I didn’t know how to bridge that gap. It came to a point where I felt maybe I need to write something for myself because I didn’t know what to do. And then, there was the illness and then Covid. It just took longer,” she says. Also read: Sonali Bendre recalls decision not to endorse smoking, accepts she did ad for beer product when she ‘needed money’

The illness she talks about is her battle with cancer in 2018. Sonali spent months in New York as she underwent treatment for the same. Recalling that harrowing time, the actor says, “At that point of time, I wasn’t thinking about acting in front of the camera. I just needed to be alive and survive. It was when I was sure that yes, I am making it and I am alive, the only thought was healing. This is one disease where the treatment is worse than the disease itself. It kills you from inside. My doctor said, ‘We are carpet-bombing your body’. It’s literally like a nuclear attack on your body. Everything has to be rebuilt, which takes time. So that has been the focus after that. As I kept healing and getting better, then I started looking at other things. And eventually, The Broken News happened.”