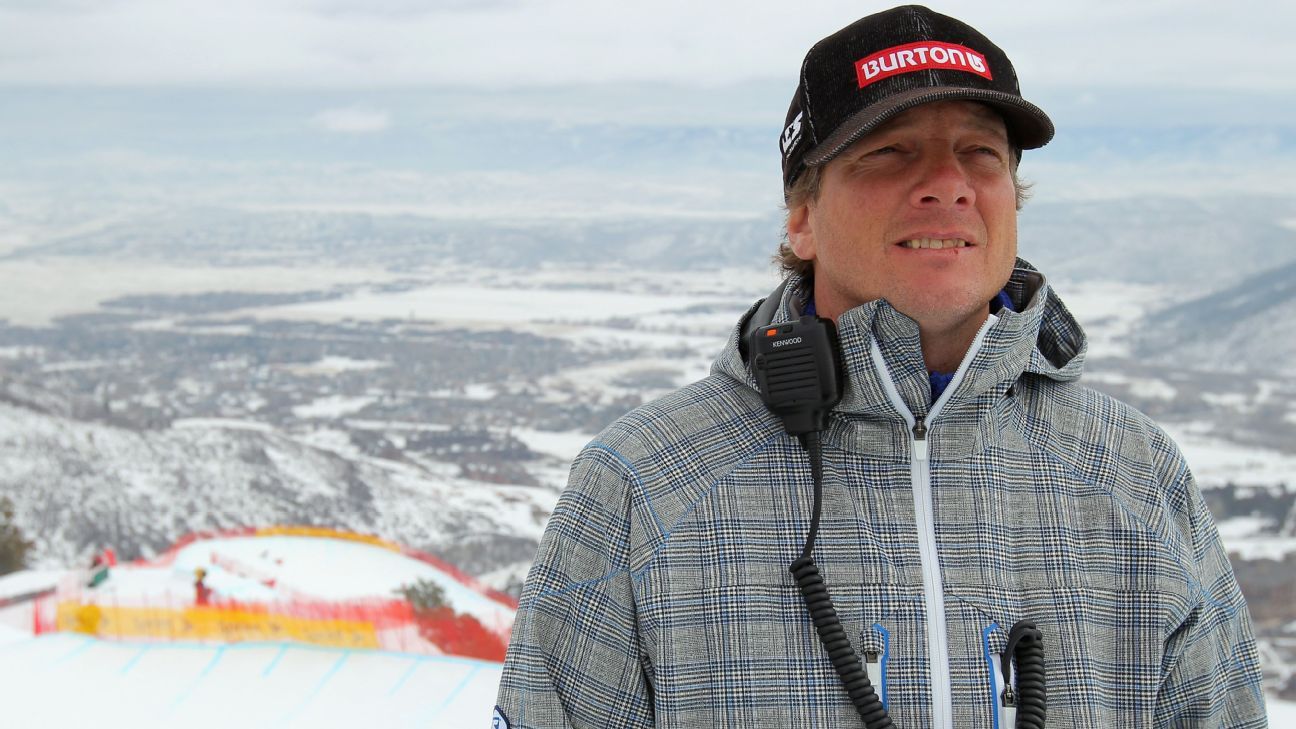 Multiple sources, including women who have accused former U.S. Snowboard head coach Peter Foley of sexual assault and misconduct, detailed to ESPN the events behind the U.S. Center for SafeSport’s accusation that U.S. Ski and Snowboard interfered in its investigation. They told ESPN that representatives of U.S. Ski and Snowboard failed to correctly report the women’s allegations, misled them and initially prevented them from reporting directly to SafeSport.

Grassley also referred SafeSport’s concerns to the FBI, according to the letter.

The federation, which announced Foley’s departure on Sunday, also said in its statement that he had been terminated. He was placed on leave with no athlete contact on Feb. 21. Through an attorney, Foley denied all wrongdoing.

Following the criminal conviction of Larry Nassar, the disgraced USA Gymnastics team doctor, Congress passed a bill in August 2020 that requires amateur sport organizations to report any reasonable suspicion of abuse to SafeSport and law enforcement. SafeSport is also required to report to Congress if an organization interferes or attempts to interfere with an investigation.

According to the federal statute, Congress has given “exclusive jurisdiction” to SafeSport to investigate allegations of sexual misconduct in amateur sports. Individuals representing a national governing body (NGB) who fail to report an allegation to SafeSport, misrepresent information, try to discourage someone from participating or conducting a sexual misconduct investigation can be investigated for interference and can be subject to sanctions.

Penalties for wrongdoing can include a lifetime ban from participating in all activities and sports that fall under the jurisdiction of the U.S. Olympic and Paralympic Committee.

“For this system to work, the NGBs need to follow the law and cooperate with SafeSport. Unfortunately, too many NGBs appear to have attempted to skirt oversight, and U.S. Ski and Snowboard is the latest example,” Grassley told ESPN.

In its statement, the federation denied withholding information and said it reported two additional claims to SafeSport after Callan Chythlook-Sifsof, a 2010 Olympian, made initial allegations against Foley on social media during the Beijing Olympics in February. The federation also stated it “began its own diligence into whether Coach Foley’s conduct aligned with the values of U.S. Ski & Snowboard,” and that SafeSport was aware of its internal investigation.

But the federation’s statement runs contrary to the chain of events detailed to ESPN by athletes and others involved in the investigation, as well as texts and emails provided to ESPN in support of their claims.

An Olympic medalist, who requested her name be withheld, said she received an unsolicited text from Lisa Kosglow, a former U.S. Snowboard athlete and current board member for U.S. Ski and Snowboard, on Feb. 16, five days after Chythlook-Sifsof’s social media posts.

According to the medalist, Kosglow asked if they could talk on the phone. The medalist said that when she picked up the phone, Kosglow quickly told her, “Oh my gosh, Peter is so devastated. His kids flew home and he’s had to tell his wife about all these affairs.”

The athlete said she told Kosglow that she was one of the women hurt by Foley, but did not give details of her assault. The athlete said Kosglow told her, “I have to tell you that the first thing Peter told me when I saw him in person was, ‘Have you talked to [the Olympic medalist]’ and would I reach out to you?”

Erin O’Malley — who told ESPN that Foley pinned her against an elevator wall and tried to kiss her without her consent — said Kosglow then reached out to her as well. “I didn’t know she was on the board of directors,” O’Malley said. “I was talking to her as a former teammate.”

“I start to tell her some of the stuff and she says, ‘Don’t tell me, I’m on the board of directors.’ It shows she knows the rules.”

Five days after the phone calls with Kosglow, O’Malley and the Olympic medalist told ESPN they both received unsolicited phone calls from U.S. Ski and Snowboard’s general counsel, Alison Pitt.

According to O’Malley, Pitt told her in their initial February phone call, “To think of me like HR. I’m just trying to figure out if we can still keep Peter Foley employed.”

The Olympic medalist said when Pitt called her, “She came in hot. She said, ‘You can trust me’ and ‘I’m going to get to the bottom of this.'”

The medalist said Pitt explicitly told her she could report her allegations either to Pitt or to an independent lawyer working on behalf of U.S. Ski and Snowboard. The medalist also said Pitt described what she claimed was the SafeSport reporting process, including telling the athlete SafeSport did interviews on videotape that Foley would be able to view.

“Alison said, ‘I want to be clear this is really extensive and challenging.’ She was making it sound like [the SafeSport] process was going to be hard. It left me with that feeling,” the medalist said. “It did make me question whether I wanted to go through with that process.”

As previously reported by ESPN, the medalist alleges Foley sexually assaulted her when she was 19 years old, and then subjected her to unwanted kissing. She said she didn’t feel she could stop him because he controlled which athletes could go to the Olympics.

“I told her every detail,” the medalist continued. “At the end of the call, she said I have to disclose to you that at this level of sexual assault I am obligated to tell SafeSport and I will be filing a claim.”

Both Chythlook-Sifsof, on advice of her attorney, and Lindsey Nikola — a former employee of U.S. Ski and Snowboard who told ESPN Foley sexually assaulted her in 2008 — declined to speak with U.S. Ski & Snowboard.

“I was suspicious of their motivations for reaching out and trying to conduct their own investigation outside of SafeSport,” Nikola said. “I kept telling the group, ‘This is SafeSport’s jurisdiction.’ I think U.S. Snowboard was trying to get their ducks in a row.”

O’Malley said she and the other women were later informed that Pitt had asked SafeSport if the federation could investigate sexual misconduct allegations as part of a “human resources inquiry,” but did not tell SafeSport that she had already interviewed O’Malley and the other athlete when she made the request. SafeSport did not give the federation permission to conduct its own investigation, according to O’Malley.

O’Malley said after she spoke with Pitt, “nothing moved.”

The Olympic medalist told ESPN that was their lowest point since Chythlook-Sifsof first made her allegations. The four women became increasingly discouraged that anyone would take action based on their claims.

“It speaks to the dysfunction of the organization,” the athlete said. “It felt really minimizing. That our stories weren’t enough.”

O’Malley then wrote Pitt an email last week, asking for a written copy of whatever Pitt had presented to U.S. Ski & Snowboard and SafeSport, according to O’Malley and emails ESPN has reviewed. O’Malley said that Pitt told her that her own allegations were “confidential” and could not be shared with her. O’Malley told ESPN she later received communications showing Pitt had mixed up her account with that of the medalist and left out the allegation of sexual assault the medalist had reported to Pitt.

Now suspicious of Pitt’s motives, O’Malley said she decided to call SafeSport directly. In that first phone call, she was told they were unaware of her complaint.

The Olympic medalist confirmed she also then contacted SafeSport, and was told the watchdog was also unaware of her report.

“It felt really dishonest and sneaky,” the Olympic medalist said in reference to her experience with Pitt and U.S. Ski and Snowboard. “However, am I surprised? No. Because when it comes to stability and trustworthiness and even transparency or accountability, [U.S. Ski and Snowboard] has never been known to exhibit any of those traits.”

O’Malley and the medalist said based on conversations with SafeSport’s intake coordinator, they began to feel that the watchdog would take their complaints seriously.

“The women I have spoken with at SafeSport have been very supporting and very kind,” the Olympic medalist told ESPN. “The process has been contrary to the process Alison explained to me.”

She and O’Malley both said they encouraged Chythlook-Sifsof and Nikola to contact the agency. By Thursday, SafeSport had received all four women’s complaints.

The next day, Foley was suspended by the agency pending a formal investigation.

Two days after that, and four days after ESPN began asking questions about its investigation, U.S. Ski and Snowboard terminated him.

Current and former members of the U.S. Ski and Snowboard team as well as anyone associated with a sport that falls under the jurisdiction of the U.S. Center for SafeSport can make a report 24 hours a day by calling 833-5US-SAFE (587-7233) or by reporting online.

Alyssa Roenigk is a senior writer and Tisha Thompson is an investigative reporter for ESPN. Reach them at alyssa.roenigk@espn.com and tisha.thompson@espn.com. On Twitter, their handles are @alyroe and @TishaESPN.