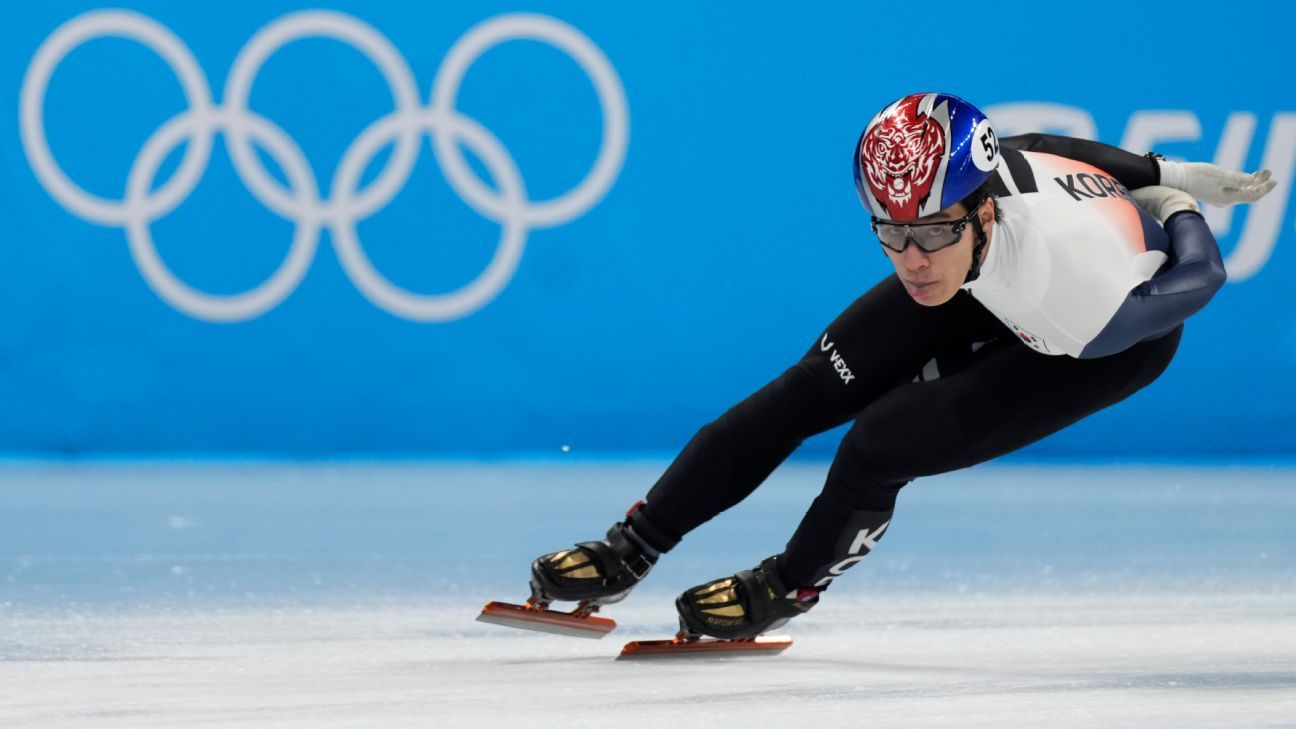 For the fourth time in six Olympics, a skater from the hotbed of short track took the title. Hwang Dae-heon stuck his skate in front in a tight finish of the 10-man final at Capital Indoor Stadium on Wednesday.

Steven Dubois of Canada earned silver. He crashed in his semifinal but was advanced to the A final when 2018 silver medalist Sjinkie Knegt of the Netherlands was penalized.

There were so many skaters in the final that six lined up on the start and the other four were in back. The pack circling the rink looked more like a relay than an individual final. But there were no crashes, unlike the second night of competition that was loaded with spills and penalties.

South Korea was well represented in the final. Besides Hwang, Lee June-seo finished fifth and Park Jang-hyuk was seventh.

China had been trying to topple the dominant South Koreans, but the host country failed to advance any skaters to the final. Ren Ziwei was penalized for an arm block in his semifinal.

Charles Hamelin of Canada, the 37-year-old world champion, was penalized for a lane change in the same semifinal, leading the referee to advance three skaters to the A final in addition to the top two finishers. That led to the unusual number of skaters in the final.