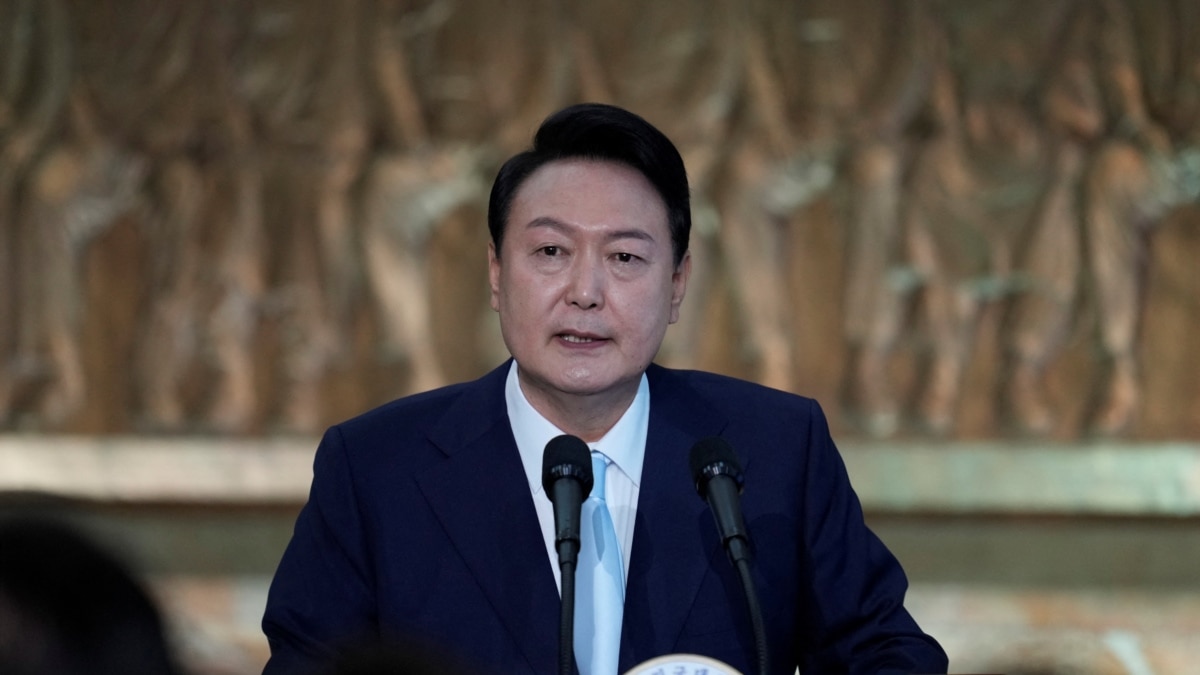 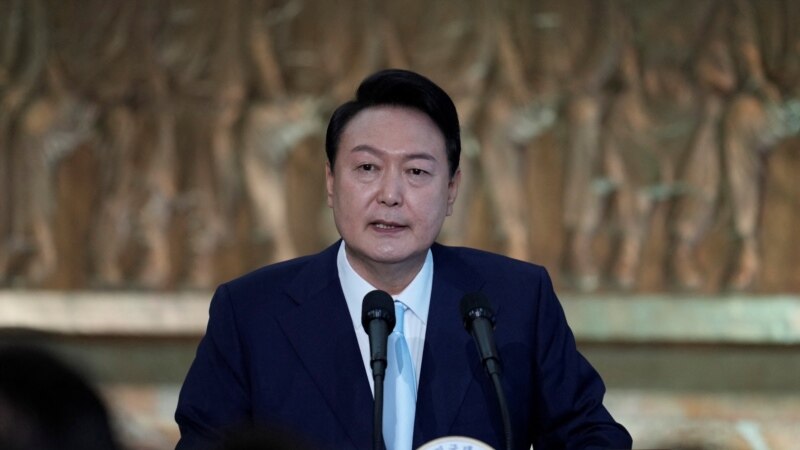 Yoon Suk Yeol, a conservative political neophyte, took office as South Korea’s new president Tuesday with a vow to pursue a negotiated settlement of North Korea’s threatening nuclear program and an offer of “an audacious plan” to improve Pyongyang’s economy if it abandons its nuclear weapons.

Yoon had promised a tougher stance on North Korea during his campaign but avoided tough words during his inaugural speech amid growing worries that the North is preparing for its first nuclear bomb test in nearly five years. North Korea has rejected similar past overtures by some of Yoon’s predecessors that link incentives to progress in its denuclearization.

“While North Korea’s nuclear weapon programs are a threat, not only to our security but also to Northeast Asia, the door to dialogue will remain open so that we can peacefully resolve this threat,” Yoon told a crowd gathered outside parliament in Seoul.

“If North Korea genuinely embarks on a process to complete denuclearization, we are prepared to work with the international community to present an audacious plan that will vastly strengthen North Korea’s economy and improve the quality of life for its people,” he said.

Yoon also addressed South Korea’s growing economic problems, saying decaying job markets and a widening rich-poor gap are brewing a democratic crisis by stoking “internal strife and discord” and fueling a spread of “anti-intellectualism” as people lose their sense of community and belonging.

He said he would spur economic growth to heal the deep political divide and income equalities.

North Korea’s advancing nuclear program is a vexing security challenge for Yoon, who won the March 9 election on a promise to strengthen South Korea’s 70-year military alliance with the United States and build up its own missile capability to neutralize North Korean threats.

In recent months, North Korea has test-launched a spate of nuclear-capable missiles that could target South Korea, Japan and the mainland United States. Pyongyang appears to be trying to rattle Yoon’s government while modernizing its weapons arsenals and pressuring the Biden administration into relaxing sanctions on it. North Korean leader Kim Jong Un recently warned that his nuclear weapons won’t be confined to their primary mission of deterring war if his national interests are threatened.

In a policy briefing earlier Tuesday, South Korea’s military chief Won In-Choul told Yoon in a video conference that North Korea is ready to conduct a nuclear test if Kim decides to do so. Yoon then ordered military commanders to maintain firm readiness, saying that “the security situation on the Korean Peninsula is very grave.”

Other issues in the tough mix of foreign policy and domestic challenges facing Yoon are a U.S.-China rivalry and strained ties with Japan over history and trade disputes. South Korea is also bracing for the fallout of Russia’s war on Ukraine in global energy markets.

Yoon didn’t mention Japan during his speech. During his campaign, Yoon repeatedly accused his liberal predecessor Moon Jae-in of exploiting Japan for domestic politics and stressed Tokyo’s strategic importance. But some experts say Yoon could end up in the same policy rut as Moon, considering the countries’ deep disagreements over sensitive history issues such as Tokyo’s wartime mobilization of Korean laborers and sex slaves.

Some of Yoon’s major domestic policies may face an impasse in parliament, which will remain controlled by liberal lawmakers ahead of general elections in 2024. Yoon must also rebuild South Korea’s pandemic response, shaken by a massive omicron surge in recent months.

He’s been also been denied a honeymoon period. Surveys show less than 60% of respondents expect he will do well in his presidency, an unusually low figure compared to his predecessors, who mostly received about 80%-90% before they entered office. His approval rating as a president-elect was 41%, according to a survey by Gallup Korea released last week that put then President Moon’s rating at 45%.

Yoon’s low popularity is blamed in part on an acute divide between conservatives and liberals and on contentious policies and Cabinet picks. Some experts say Yoon also hasn’t shown a clear vision for how to navigate South Korea past the foreign policy and domestic challenges.

Yoon won the election by a historically narrow margin after largely catering to public frustration over Moon’s setbacks in economic policies, which were criticized for letting house prices and personal debt soar out of control and failing to create enough jobs.

Yoon focused much of his message on young males who resented the loss of traditional privileges in a hyper-competitive job market and their dimmed prospects for marriage and parenthood, although his campaign was criticized for ignoring the plight of women.

“The challenges that Yoon has at the start of his presidency are the toughest and the most unfavorable ones” among South Korean presidents elected since the late 1980s, a period viewed as the start of the country’s genuine democracy after decades of dictatorship, said Choi Jin, director of the Seoul-based Institute of Presidential Leadership.

In recent weeks, Yoon has invited criticism — even from some of his conservative supporters — by moving his offices from the mountainside Blue House presidential palace. Yoon said moving to the capital’s center is meant to better communicate with the public, but critics question why he has made it a priority when he has so many other urgent issues to tackle.