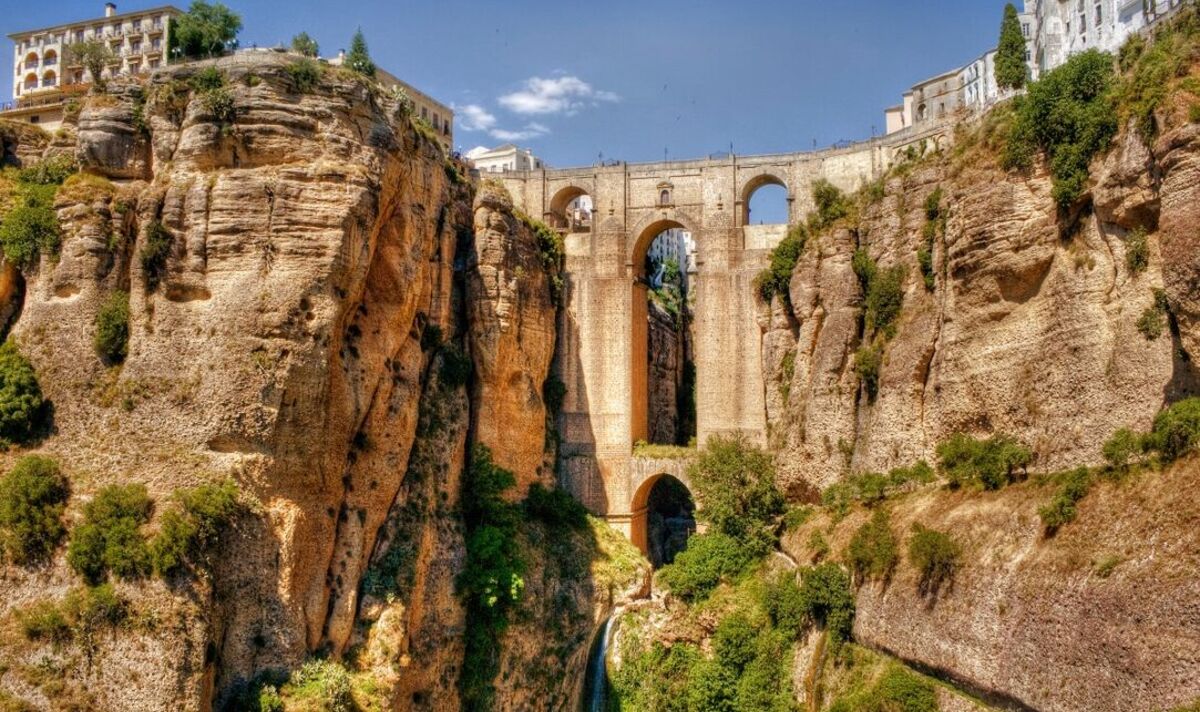 The property experts at Idealista have named Spain’s most beautiful holiday destinations for 2023. This year’s top spot was described as “spectacular”.

Taking this year’s top position was Ronda, a charming small town in Malaga in Andalucia with an intriguing historic centre.

Idealista said: “Ronda is a small town in Málaga, Andalusia whose main charm lies in its unique bridge which is known as “El Tajo” or “Puente Nuevo” (literally translated as the ‘steep cliff’ and the ‘new bridge’).

“This spectacular structure, together with the quaint houses around it, overlooks the ravine in a majestic way, with the impressive gorge sure to get you plenty of likes on Instagram!”

The nearest airport to Ronda is Malaga and tourists can get budget flights to the top Spanish destination from many of the UK’s major airports.

Spain’s northern regions are often neglected by tourists but are home to some of the country’s most incredible beaches.

Cudillero, a fishing village in Asturias borders the Cantabrian Sea and its coloured houses make it the perfect Instagram background.

Although good weather isn’t guaranteed in Spain’s northern regions, there are likely to be far fewer crowds than on the southern coast.

Tourists could travel to Oviedo Airport or Santander to reach the quaint coastal village for a holiday.

Another gem of northern Spain, San Sebastian is the country’s gourmet capital close to the French border.

Its spectacular town beach has golden sand and is considered one of the world’s most stunning coastlines.

The sheltered beach is ideal for swimming and is close to ice-cream parlours for a tasty summer treat.

Tourists could fly to Bilbao from the UK and pay a flying visit to the city’s incredible Guggenheim art gallery on their way home.

Idealista’s final pick was a gorgeous southern Spanish town which they recommend for “peace and quiet”.

The village only has 500 inhabitants and many of them live inside the rock cliffs that border the town.

Idealista said: “In Setenil de las Bodegas you will not just find the odd cave-house: there are whole streets integrated into impressive rocks, so perhaps it would be more appropriate to talk about cave streets.”

Tourists can reach the unique town from Malaga airport and could combine it will a trip to the Costa del Sol coastline.

According to research from loveholidays, the Costa del Sol is one of the world’s best value destinations for 2023.

Popular spots include Malaga city and the coastal resorts of Marbella, Estepona and Benalmadena.

The Costa Blanca is likely to remain popular this year with Benidorm a top destination for British tourists.

If Britons are keen for winter sun, the Canary Islands are one of the best choices due to their year round warm climate.