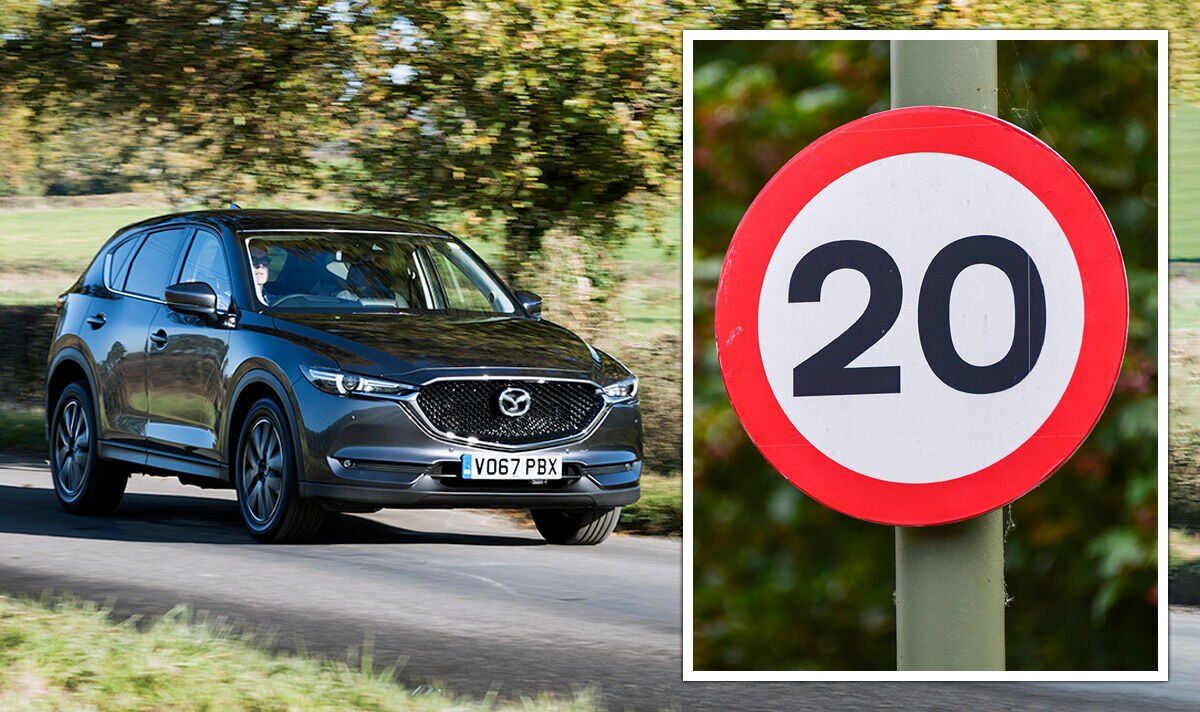 Speed limits on some country roads in Surrey – between Guildford to Dorking – are being reduced from 60mph to 20mph as part of a new trial. The council told Highways Magazine that the scheme is an “important opportunity” to improve road safety.

Matt Furniss, Surrey County Council cabinet member for transport, infrastructure and economy, said: “This project is an important opportunity for us to improve the safety of our rural roads in the south and southwest of Surrey and ensure that the most appropriate speed limit is applied to each.

“Most rural roads in the area are still subject to the national speed limit of 60mph, which is inappropriate for these types of roads.

In a poll that ran from 11am on Thursday, August 18, to 2pm on Friday, August 19, Express.co.uk asked readers: “Should rural roads be reduced to 20mph to improve safety?”

Overall, 2,250 readers cast their votes with a strong majority, 90 percent (2,017 people) answering “no”, country roads should not have 20mph speed limits.

In the dozens of comments left below the accompanying article, it was clear readers felt strongly about the speed limit being reduced.

One reader, username Sweet_DudeUK commented: “No, this is madness.”

Username BillyGonkenstein said: “Such a limit for cars on open roads for a prolonged period is beyond ridiculous. Impossible to adhere to.”

Username Teekay67 said: “A 20mph limit on rural roads is more dangerous as it will promote road rage which could well end up with violence.”

And username D Mcmillan said: “No, it increases pollution. This is a money-making exercise at the road user’s expense.”

Another, username Lordh, said: “You can still kill at 20 mph! It’s not the speed, it’s the driving.”

Meanwhile, some readers suggested that if the speed limit needed to be reduced from the national speed limit of 60mph it should only be limited to 40mph or 50mph.

Username Roberius wrote: “40mph should be the limit. 20 is way too slow.”

While username Peniel13 said: “Now, if you are talking about one and a bit lane country roads as in Somerset and Devon…including the ones with grass growing up the middle, then a 20mph limit is eminently sensible.

“Meeting hay lorries and milk tankers or even tractors on one of these ‘roads’ can be quite scary.”

Rural roads are reportedly 10 times more dangerous than motorways with 10,000 annual deaths and serious injuries to motorist, cyclists and walkers occurring each year.

The Department for Transport reports that 57 percent of road deaths in Britain occur on rural roads, despite accounting for just 43 percent of traffic.

David Davies, executive director of the parliamentary advisory council for transport safety, said: “It is increasingly anomalous that speeds have been reduced to 20mph in urban areas, yet on country lanes, it is extremely dangerous.”