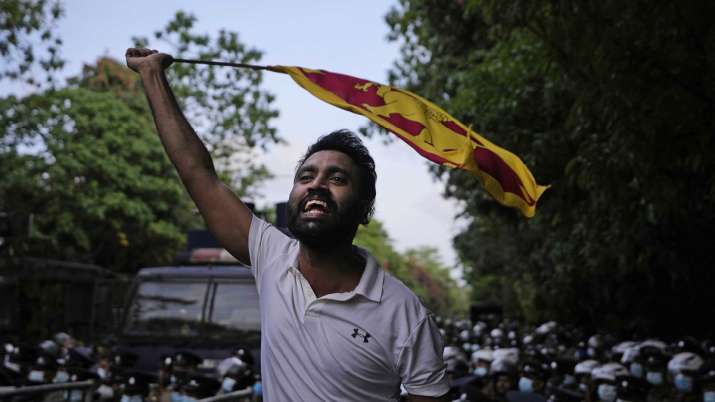 Sri Lanka has defaulted on its debt for the first time in the country’s history as the island nation struggles with its worst financial crisis triggered by global shock waves from the pandemic and the war in Ukraine, according to media reports.

Sri Lankan Central bank governor P Nandalal Weerasinghe said on Thursday that the country had fallen into a “pre-emptive default” on its debts after the expiry of a 30-day grace period for missed interest payments on two of its sovereign bonds.

It is the first default by an Asia-Pacific nation this century, according to the credit rating agency Moody’s.

It comes after a 30-day grace period to come up with USD 78 million of unpaid debt interest payments expired on Wednesday. Later on Thursday, two of the world’s biggest credit rating agencies also said Sri Lanka had defaulted, the BBC reported.

Defaults happen when governments are unable to meet some or all of their debt payments to creditors. It can damage a country’s reputation with investors, making it harder to borrow the money it needs on international markets, which can further harm confidence in its currency and economy.

Asked on Thursday whether the country was now in default, central bank governor Weerasinghe said: “Our position is very clear, we said that until they come to the restructure (of our debts), we will not be able to pay. So that’s what you call pre-emptive default.

“There can be technical definitions… from their side they can consider it a default. Our position is very clear, until there is a debt restructure, we cannot repay,” he added.

An inflation rate spiralling towards 40 per cent, shortages of food, fuel and medicines and rolling power blackouts have led to nationwide protests and a plunging currency, with the government short of the foreign currency reserves it needed to pay for imports.

On April 12, Fitch had downgraded Sri Lanka to ‘C’.

“We have downgraded Sri Lanka’s foreign-currency issue ratings to ‘D’ from ‘C’, given the default on the senior unsecured foreign-currency bonds and the cross-default clauses triggered in the other rated international foreign-currency sovereign bonds,” the rating agency said on Thursday.

The debt-ridden country is now negotiating a loan with the IMF.

The IMF on Friday said that it remains committed to helping Sri Lanka in line with its policies and is in talks with stakeholders to support a timely resolution of the economic crisis in the country.

“There’s currently a virtual IMF staff mission engaged in those technical talks with the Sri Lankan authorities, and we expect that to continue that mission to continue through May 24. So we remain committed to helping Sri Lanka in line with the IMF policies and will engage with stakeholders in support of a timely resolution of the crisis that is being faced there,” International Monetary Fund spokesman Gerry Rice said.

In the month of April, the two sides convened their first round of talks at the IMF headquarters in Washington.

Sri Lanka is hoping for a Rapid Finance Instrument (RFI) facility as well as a larger Extended Fund Facility (EFF) from the international financial body to help it deal with its foreign currency shortages, which have triggered an economic crisis.

In the last meeting, the IMF assured to help the country with an amount of USD 300 million to USD 600 million.

Weerasinghe said on Thursday that the nation has announced a pre-emptive default.

Weerasinghe said “you can technically term it a hard default based on the agreements”.

He said that adequate dollars had been released to pay for fuel and cooking gas shipments, helped by USD 130m from the World Bank and remittances in foreign currency sent home by Sri Lankans working overseas, the Guardian newspaper reported.

Sri Lankan Prime Minister Ranil Wickremesinghe said this week that the crisis would get worse in the next couple of months before it could get better.

The worst economic crisis has led to the resignation of Mahinda Rajapaksa as prime minister after months of protests that involved violent, fatal clashes on the streets of the capital.

The Covid pandemic had triggered a collapse in tourism, leading to a fall in foreign currency income and rising debt levels – a situation made worse by the surge in global commodity prices this spring, exacerbated by Russia’s war in Ukraine.

Sri Lanka is facing its worst economic crisis since gaining independence from Britain in 1948. The crisis is caused in part by a lack of foreign currency, which has meant that the country cannot afford to pay for imports of staple foods and fuel, leading to acute shortages and very high prices.

At least six people have died due to exhaustion while standing in long queues for essentials. Ten more died from clashes on May 9 when a pro-government group attempted to break up anti-government protesters demanding President Rajapaksa’s resignation for mishandling of the crisis.

Last month, the country declared its inability to service its debt amounting to USD 51 billion. In 2022, the foreign debt commitments were at USD 6 billion.

India’s economic assistance package since January had kept Sri Lanka afloat in its worst economic crisis since independence in 1948. India provided credit lines for the purchase of fuel and essentials as Sri Lanka’s foreign reserves depleted.

New Delhi has committed more than USD 3 billion to debt-ridden Sri Lanka in loans, credit lines and credit swaps since January this year.

The political crisis was triggered in late March when people hurt by long hours of power cuts and essential shortages took to the streets demanding the resignation of the government.

President Rajapaksa sacked his Cabinet and appointed a younger cabinet as a response to the demand for resignation. A continuous protest opposite his secretariat has now gone on for well over a month.