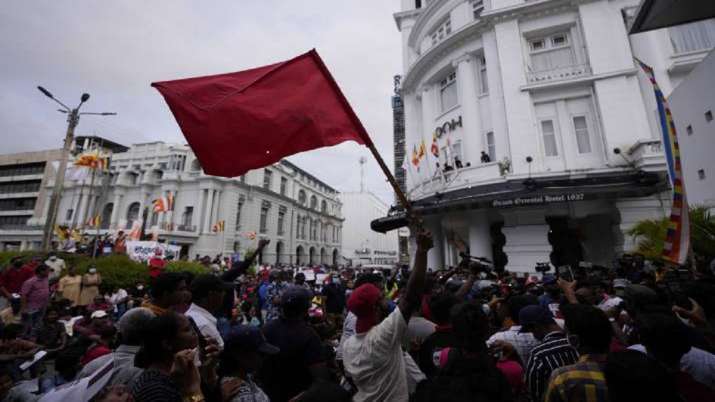 Sri lanka economic crisis: The Sri Lankan government announced on Monday that only essential services will operate from midnight till July 10 as the island nation has been facing a crippling fuel crisis. All other operations will be temporarily suspended, the crisis-hit nation’s government said, amid an economic crisis. Last week, Prime Minister Ranil Wickremesinghe had said that the debt-laden economy of the island nation has “collapsed” after months of shortages of food, fuel and electricity, and cannot even purchase imported oil.

“Fuel will be issued only to health, defence, power and export sectors from midnight today until July 10,” Cabinet spokesperson Bandula Gunawardena told reporters.

The state-run Ceylon Petroleum Corporation (CPC) will issue diesel and petrol only for essential services with effect from midnight, it said. These services include ports, airports, health, food distribution and agriculture, the report said, quoting transport minister Gunawardena. “All other sectors must prepare from work from home programme,” he said, urging the public to support the government’s move to limit the consumption of fuel.

Only essential services will be allowed to function till July 10 and all other operations will be temporarily suspended, the minister said.

Sri Lanka has been facing the worst economic crisis since independence in 1948 which has prompted an acute shortage of essential items like food, medicine, cooking gas and fuel across the island nation.

Wickremesinghe told Parliament on Wednesday that currently CPC has USD 700 million in debt. “As a result, no country or organisation in the world is willing to provide fuel to us. They are even reluctant to provide fuel for cash,” he said.

The nearly-bankrupt country, with an acute foreign currency crisis that resulted in foreign debt default, had announced in April that it is suspending nearly USD 7 billion foreign debt repayment due for this year out of about USD 25 billion due through 2026. Sri Lanka’s total foreign debt stands at USD 51 billion.

The foreign currency crisis has crimped imports, creating severe shortages of food, fuel, electricity and other essentials like medicines, forcing people to stand in long lines to fulfil basic needs.

The Indian credit lines since January this year have provided a lifeline to Sri Lanka amidst growing public dissent over the worsening economic conditions. However, Prime Minister Wickremesinghe said India would not be able to keep Sri Lanka afloat for too long.