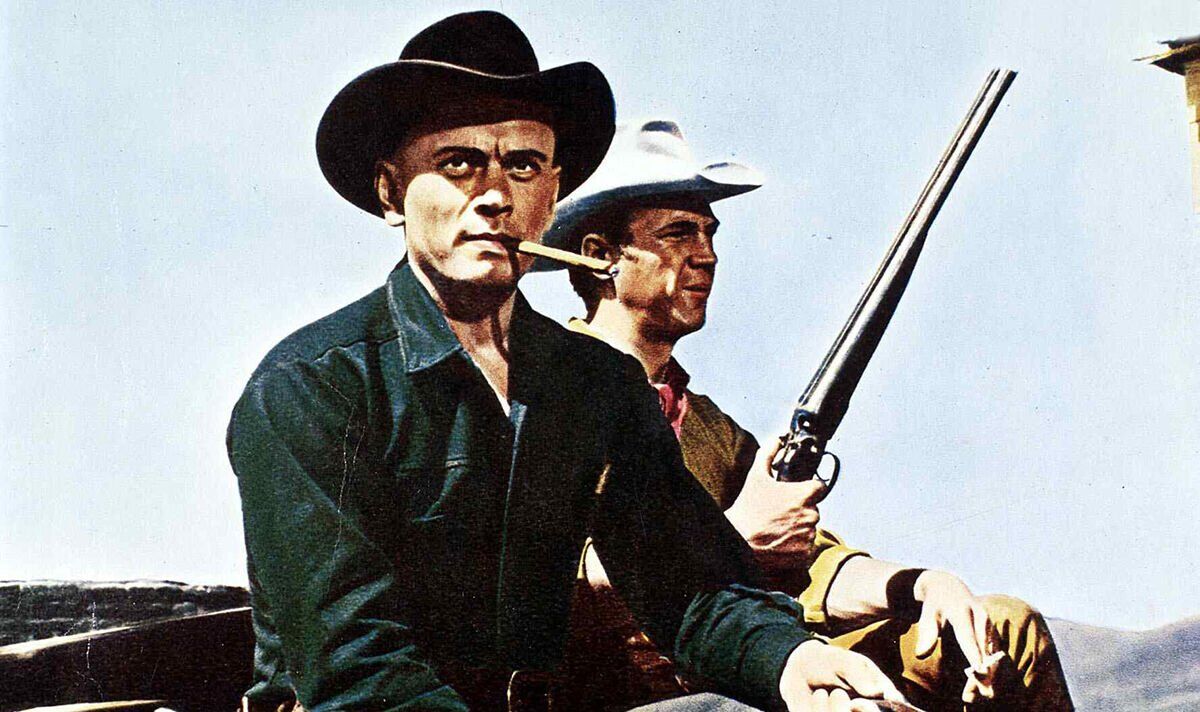 Back in 1960, Yul Brynner starred in the iconic Western remake of Seven Samurai, The Magnificent Seven, which is on ITV4 today. The King and I star had a major say in casting decisions and pushed for Steve McQueen. However, he would later regret this as their relationship on set plummeted disastrously.

Newspapers began reporting of feuding on The Magnificent Seven set between McQueen and Brynner, so the latter issued the press statement: “I never feud with actors. I feud with studios.” But nothing could be further from the truth.

As was the case in other movies, The Great Escape star was annoyed by how many lines he had, which were just seven in the original script.

In response, he went out of his way to upstage Brynner, drawing tension away from the leading man onto himself.

According to co-star Eli Wallach, McQueen would shake his shotgun shells and take off his hat to check the sun in scenes together.

In the scene before The Magnificent Seven drive the hearse to the graveyard, McQueen would bend down from his saddle to dip water with his hat as they all crossed the stream.

The final straw, Brynner, who would counter this by lighting his cigar, told him: “If you don’t stop that I’m going to take off my hat, and then no one will look at you for the rest of the film.”

The King and I star then hired an assistant to count the number of times McQueen touched his own hat when Brynner was speaking.

The pair were also wanting to look taller than each other, so Brynner would make a little mound of earth to stand on in his shots with his co-star.

McQueen would respond with an action equally as childish by kicking this heap over every time he passed him.

Robert Vaughn remembered how The Great Escape star claimed the gun Brynner was using, a Colt Peacemaker with an ivory grip, was “too fancy” for him. He also thought the leading man’s horse was too big, even though Vaughn had the largest.

After this was pointed out by the latter, McQueen replied: “I don’t care about yours. It’s Brynner’s horse I’m worried about.”

Brynner asked why he was thanking him and McQueen replied: “You coulda had me kicked off the movie when I rattled you. but you let me stay and that picture made me, so thanks.”

The King and I star replied: “I am the king and you are the rebel prince: every bit as royal . . . and dangerous to cross.” Brynner himself would die five years later in 1985 from lung cancer. He was 65.