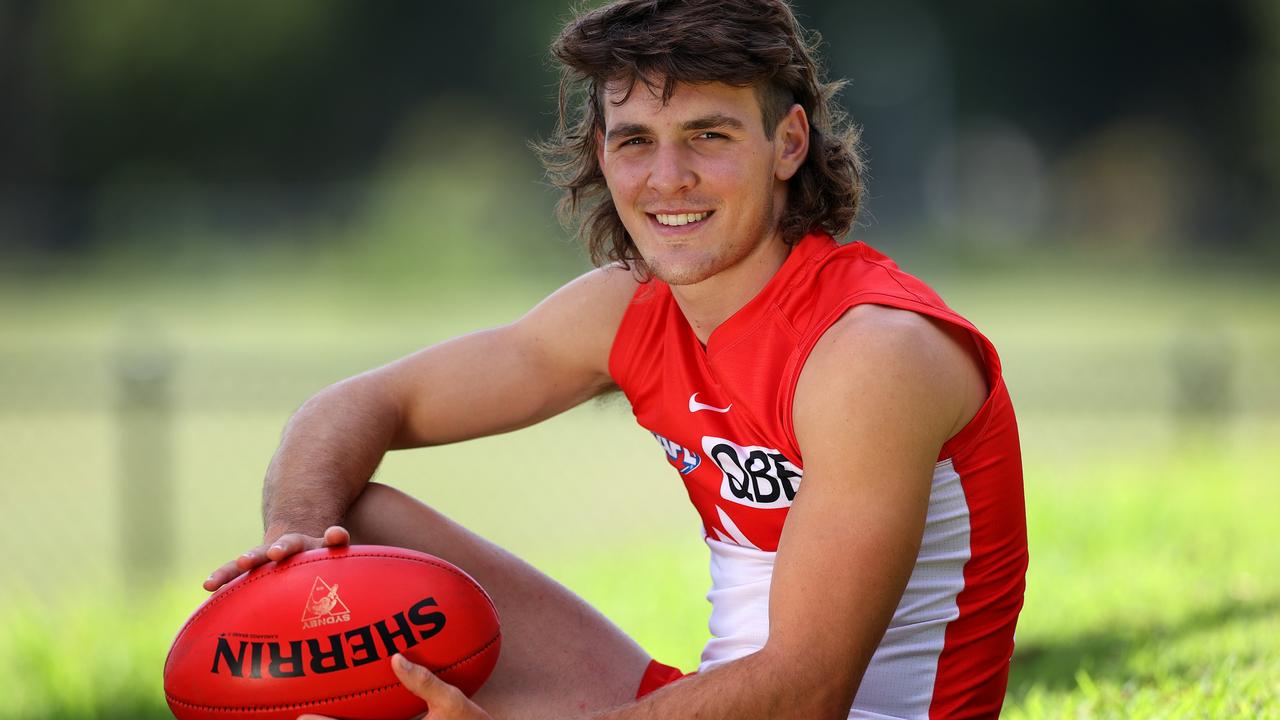 Sydney has locked in a second Academy product from its standout 2020 draft crop, re-signing Errol Gulden for two more seasons.

Gulden, who won the AFL Players’ Association best first-year player, appeared in 18 games in his debut season, including the Swans’ elimination final defeat to the GWS Giants.

A foot stress reaction sidelined the clever small forward for five matches mid-season but he was otherwise excellent for John Longmire’s side with his creativity and maturity at such a young age.

Gulden was one of the AFL’s best kicks inside 50 last season and booted 14 goals of his own, justifiably earning a Rising Star nomination.

The 19-year-old will remain in red and white until at least 2024 with his new deal but is certain to be a major piece of the club’s future well beyond that.

Gulden follows No.5 pick and fellow Academy graduate Braeden Campbell, who has committed until 2025, in extending his stay at Sydney.

“It’s extremely exciting and incredibly humbling to get another couple of years here,” Gulden said.

“Ever since I walked through the doors 12 months ago, everyone has been really welcoming. I’ve loved every second of my experience and I’m excited to continue my career here.”

“The Academy provided me with a lot of tools to play AFL, and I believe that helped me get my start early last year,” he said.

“It gives you an insight into the AFL program and the day-to-day life of a professional footballer.

“I built a lot of great relationships at the club before I had even made the senior list, which helped make my transition into AFL a lot easier.”

Gulden said he gained a lot of confidence from his smooth transition to AFL ranks and is keen to take his game to another level this year.

“I was pinching myself every time I ran out on the field,” he said.

“Even still today at the club, when I see the names on the lockers of the players that I get to play alongside – the likes of Josh Kennedy, Dane Rampe, Lance Franklin – to be playing footy with those names is really special.