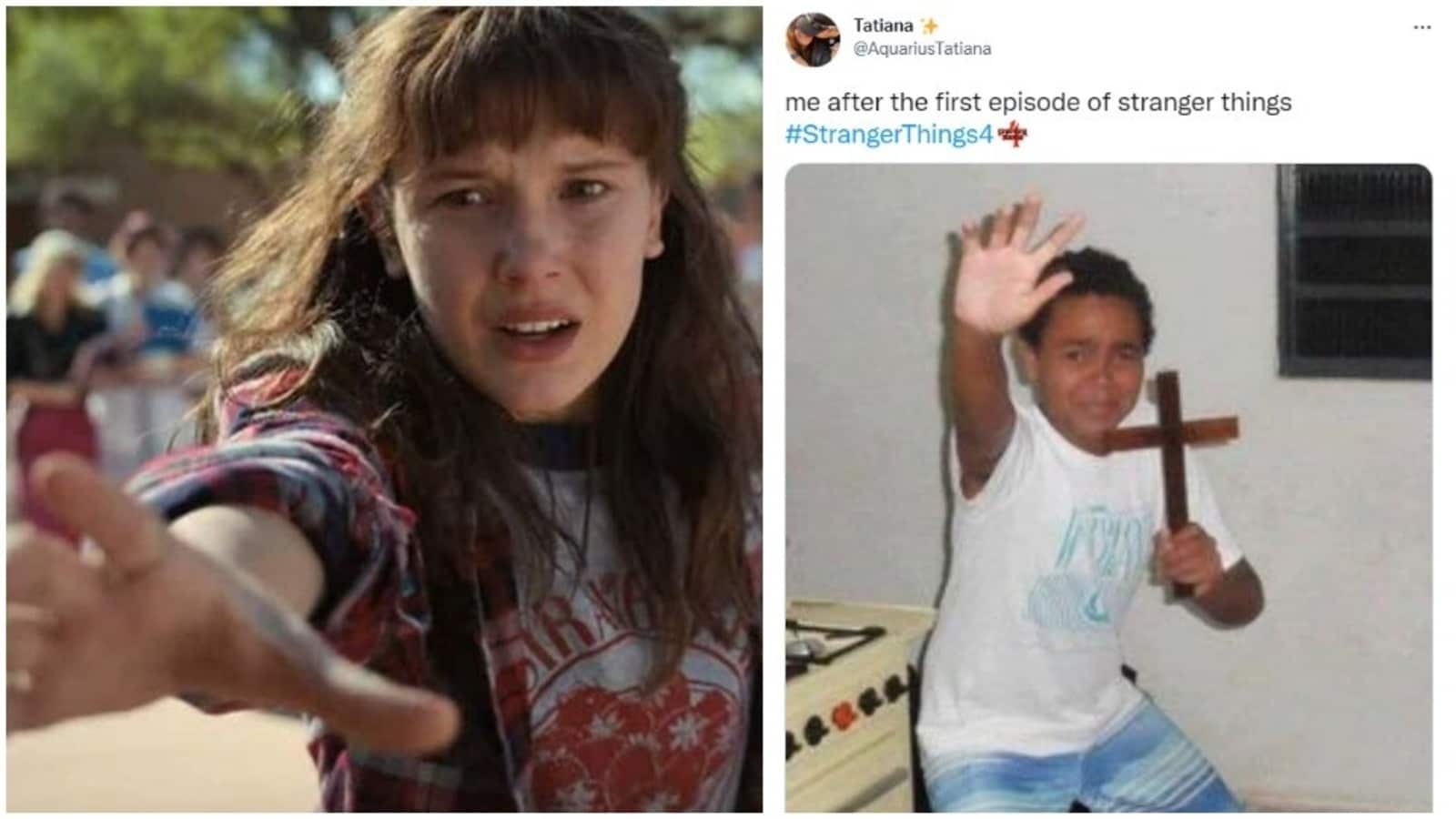 The final and fourth season of Stranger Things premiered on Friday, May 27. The Netflix original is being released in two volumes– the first with seven episodes that have already been released, and the second with two episodes that will drop on July 1. Fans of the science fiction horror drama took to social media after watching the first episode and said that one episode alone has made it difficult for them to sleep. Also Read| Stranger Things season 4 Vol 1 review: Netflix’s first blockbuster is scarier than ever before

Spoilers for episode 1 of Stranger Things season 4 ahead

While there is no reference to the world of Upside Down and the monstrous mind flayer in the first episode, viewers are introduced to a new supernatural threat that claims a life by the end of it. Its victim is Chrissy Cunningham (Grace Van Dien), who is haunted by the scary monster several times before it claims her life. The series took its horror element to another level, which shocked the viewers to no end.

One shared a meme of a shocked Elizabeth Olsen and wrote, “The ending of Stranger Things first episode is just.” Another commented, “I will not be sleeping after seeing the ending of episode 1 #Stranger Things.” Several shared pictures of a raised cross to represent their emotions.

Meanwhile, several had questions about Vecna, a dangerous villain in the game Dungeons and Dragons that Mike Wheeler, Dustin Henderson, and Erica Sinclair among other children had been playing. Viewers believe that Vecna will be a major supernatural threat, going by the first season where a version of D&D monster Demogorgon comes out and disrupts life in Hawkins.

A viewer wrote, “Do you know how Vecna came to Stranger Things world? Like I am super confused Vecna just shows up outta nowhere.” Another commented, “Gagged me a bit not gonna lie.”

The first eight minutes of the first episode that showed Eleven (Millie Bobby Brown) causing bloodshed at Hawkins National Laboratory was previously released by Netflix. The rest of the episode gave a glimpse of her adjusting to her new life as she joined a school in Lenora Hills, California, where she goes by Jane and is often bullied for being different, while Will Byers gets busy painting and avoiding girls.

Meanwhile, in Hawkins, Max is struggling emotionally with the death of her step-brother Billy and with her mother turning to alcohol after her step-dad left them on their own. Lucas Sinclair is trying to shed the tag of a nerd by joining a football team while Mike and Dustin continue to have D&D as the focus of their lives. Meanwhile, Nancy Wheeler and Jonathan Byers struggle in their long-distance relationship while Steve Harrington and Robin Buckley try to find love.