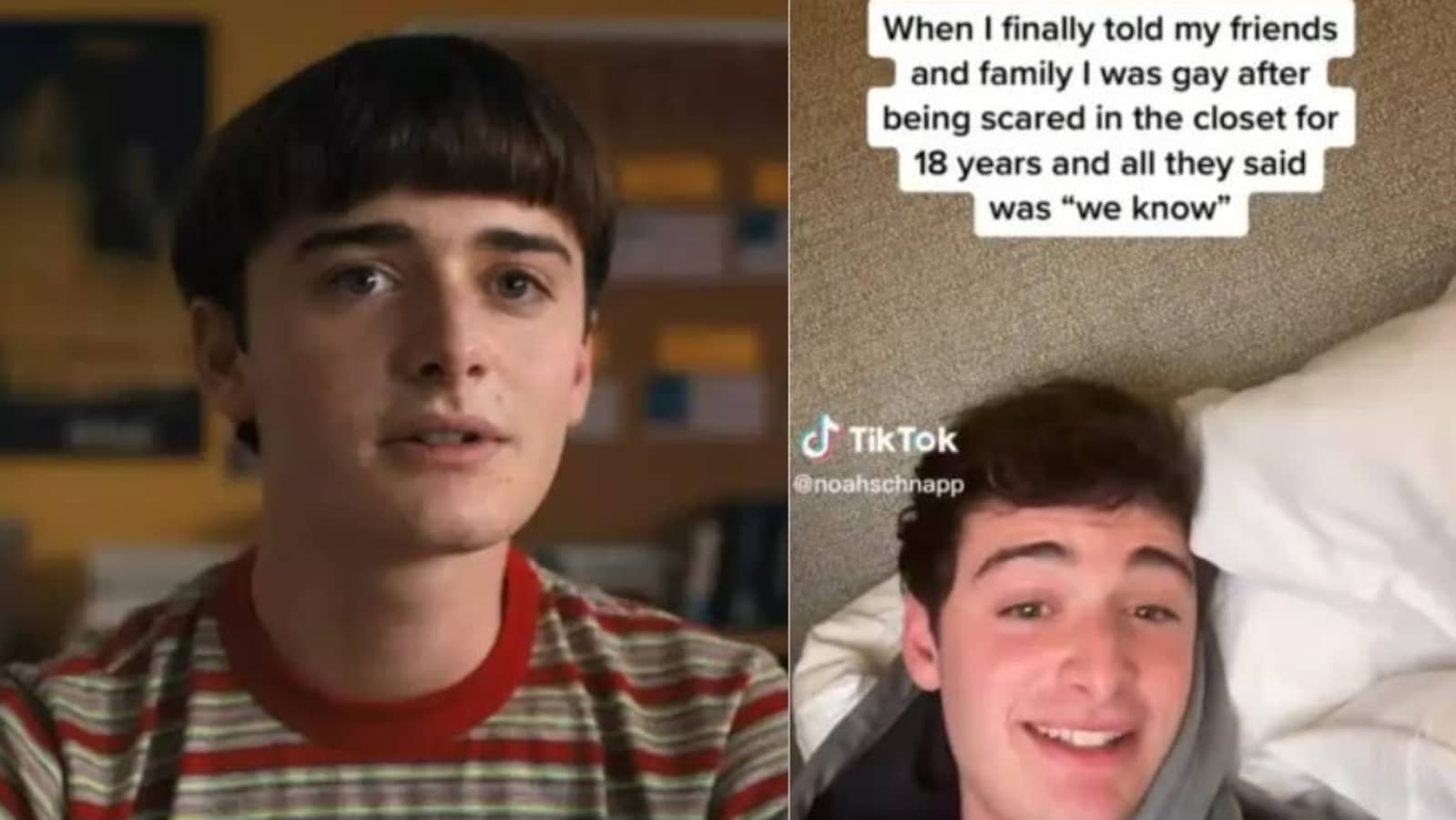 Noah Schnapp has come out as gay. The actor, who plays Will Byers, a closeted gay teenager, on Netflix’s Stranger Things, shared the news via TikTok on January 5. Many reacted to Noah’s video on social media; while some supported him, others said they were proud of him for coming out as gay and living openly. Stranger Things fans also loved Noah’s caption on his video, where he compared himself to Will. Also read: Stranger Things’s Noah Schnapp has now confirmed that Will is gay and in love with Mike

In a video posted to his TikTok account, Noah, 18, wrote, “When I finally told my friends and family I was gay after being scared in the closet for 18 years and all they said was ‘we know’.” In an short video, the actor mouths, “You know what it never was? That serious. It was never that serious. Quite frankly, will never be that serious.” In his caption, the actor said he had more in common with his Stranger Things character, Will Byers, than he thought.

In July last year, Noah, confirmed that his Stranger Things character Will identifies as gay. He told Variety, “Now that he’s gotten older, they made it a very real, obvious thing. Now it’s 100 percent clear that he is gay and he does love Mike. But before, it was a slow arc.” Before the confirmation, Noah had been vague about Will’s sexuality. However, in the same interview, he told Variety that it seemed clear from the beginning that Noah was gay. “They’ve been intentionally pulling that out over the past few seasons. Even in season 1, they hinted at that and slowly, slowly grew that storyline.”

Reacting to a post about Noah’s latest TikTok, Instagram users said it was great to see him getting the support he deserves, but they already knew about his sexuality. A person wrote, “We all knew Noah! I’m so happy for him though for speaking out!” A person also wrote, “We knew but we didn’t care; he’s a good actor.” Another one said, “Welcome to the crew!!” A comment also read, “We literally all knew and I don’t even watch the show. So glad he came out!”