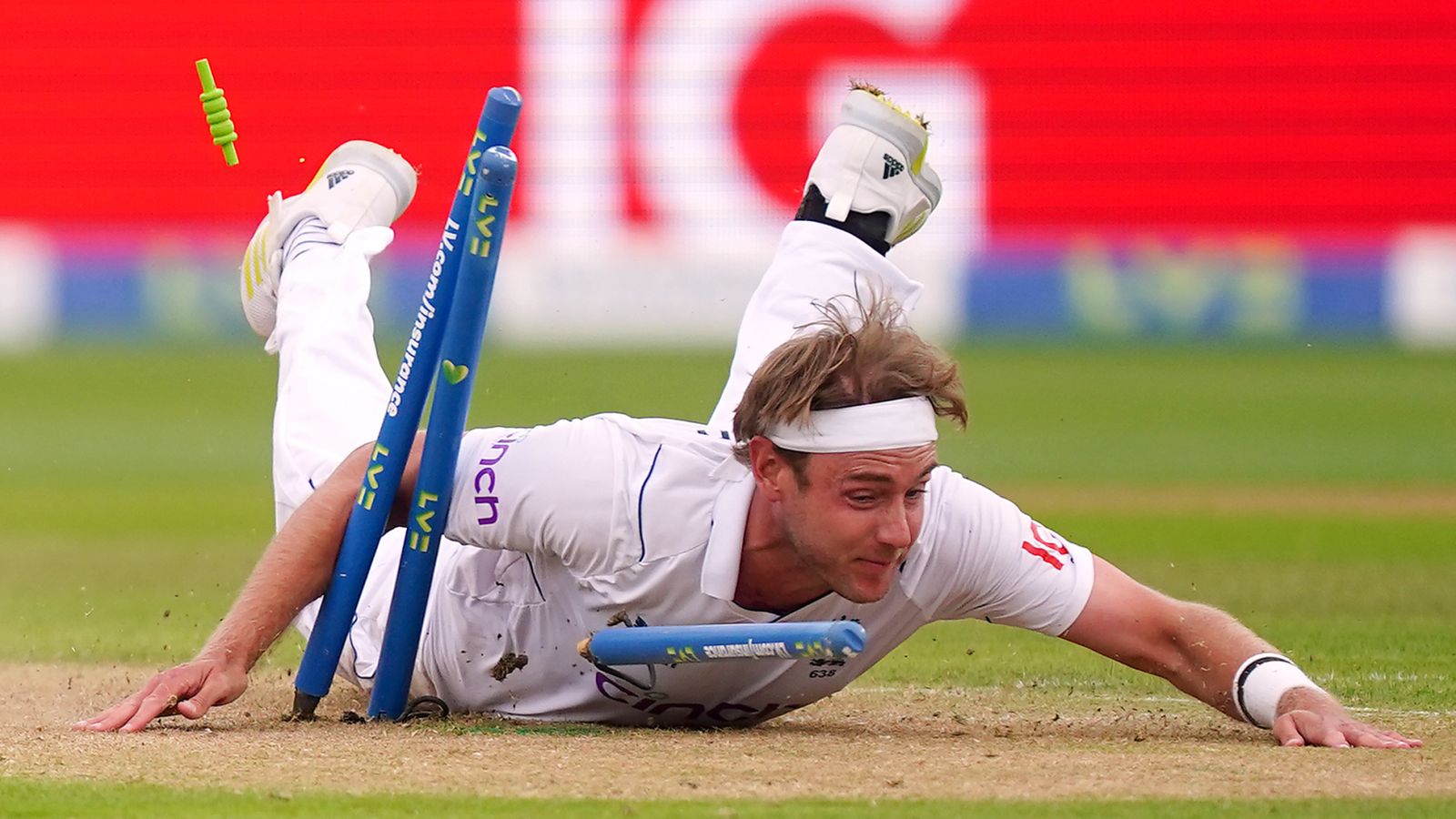 Stuart Broad has entered the record books for an unwanted reason after bowling the most expensive over in Test cricket history.

The England cricketer – whose pub was severely damaged by a fire last month – conceded a whopping 35 runs in one over against India at Edgbaston on Saturday – seven more than the previous record.

Moments earlier the 36-year-old had been celebrating after becoming only the sixth bowler ever to take 550 wickets in Test cricket – before his fortunes faded dramatically.

Over the course of eight remarkable deliveries – in what is usually a six-ball over – India captain and tailender Jasprit Bumrah hit Broad for 23, including four fours and a six.

Broad also served up a wide that went all the way for four and a no-ball that Bumrah top-edged for six.

Things could have been even worse had another high full-toss been called, but umpire Aleem Dar spared Broad the additional pain.

The previous record of 28 had been achieved on three occasions, with Broad’s England team-mates James Anderson and Joe Root bowling two of the overs in question.

Former South Africa bowler Robin Peterson, who also previously held the record, tweeted: “Sad to lose my record today. Oh well, records are made to be broken I guess. Onto the next one.”

Bumrah’s efforts helped India to 416 all out before England crumbled to 60 for three.

Broad – who recently announced he is expecting his first child with former The Saturdays singer Mollie King – also holds an unwanted record in another format of cricket, T20.

The England fast bowler was hit for six sixes in one over by India’s Yuvraj Singh in 2007 – the first time it had happened in Twenty20 history.