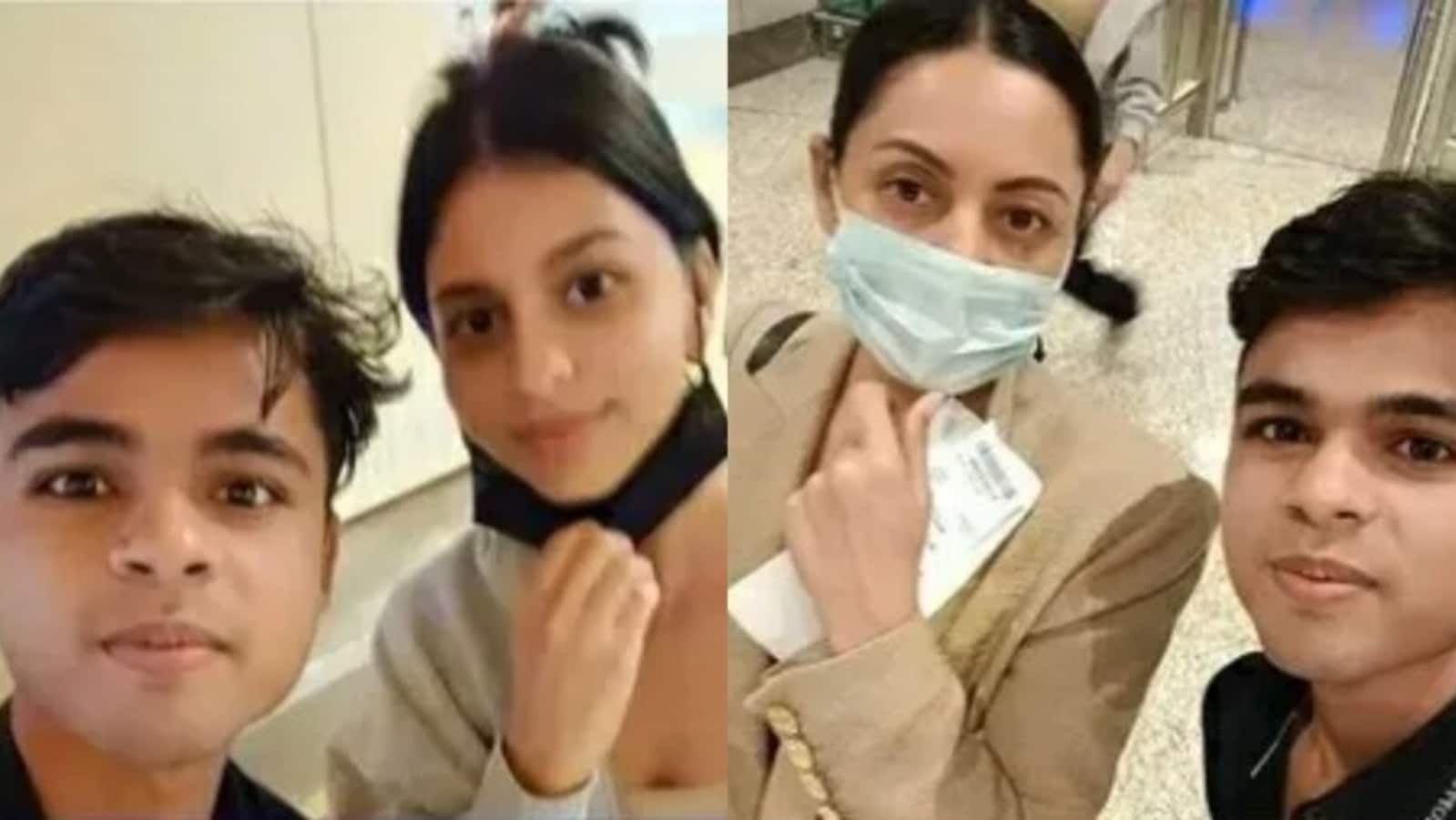 Actor Shah Rukh Khan‘s wife and interior designer Gauri Khan along with her daughter Suhana Khan flew out of Mumbai for a vacation. Taking to Instagram, a paparazzo account shared a video in which Suhana and Gauri stepped out of their car at the Mumbai airport. (Also Read | Shah Rukh Khan has ‘big-time FOMO’ as he reacts to Suhana Khan, Aryan Khan, AbRam Khan’s pic)

Taking to Instagram, a fan shared pictures with the mother-daughter duo. In the first photo, a selfie, a person was seen posing with Suhana. She smiled as she pulled her face mask down. In the next photo, Gauri posed with the person, though she kept her mask on.

Last year, Gauri and Suhana travelled to Serbia. On Instagram, Gauri shared their photos as they posed near the Church of Saint Sava. Gauri captioned the post, “Creative benefits that a designer gains is influenced by the amount of travelling they do; exploring new destinations.” The Church of Saint Sava is a Serbian Orthodox church, built in 1935. It is dedicated to Saint Sava, the founder of the Serbian Orthodox Church.

Gauri and Shah Rukh married in 1991. They are parents to three kids – Suhana and sons Aryan Khan and AbRam Khan. Earlier, Suhana was pursuing a course in film studies at Tisch School of Arts at the New York University.

Produced by Tiger Baby and Graphic India, it is a coming-of-age story that will introduce the teenagers of Riverdale to a new generation in India. The film is slated for a 2023 release.