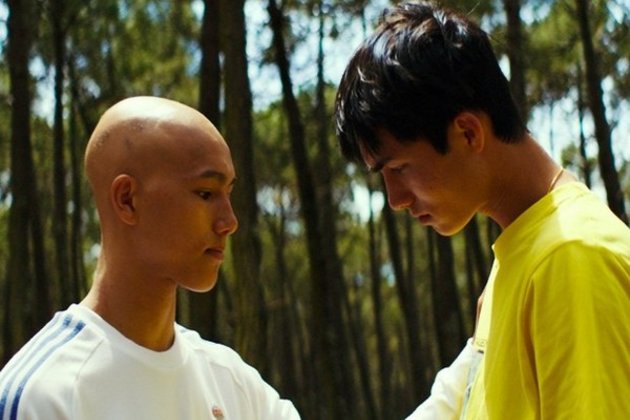 Washington [US], July 10 (ANI): “Summer Scars,” a seaside tale of fraternal love cast in a woozy glow and cut with shocking spikes of violence, won top honours at this year’s Neuchatel International Fantastic Film Festival, claiming the Narcisse Award for best feature film, as well as $10,200 in prize money and a trophy designed by Switzerland’s own H.R. Giger.

According to Variety, “Blaze,” a hallucinatory Australian drama that transports a young murder witness into a kaleidoscopic fantasy world, received honourable mention as well as the Imaging the Future award for best production design, which comes with a $5100 grant.

“These prizes reflect the diversity of this year’s edition,” NIFFF artistic director Pierre-Yves Walder tells Variety. “Our festival showcases the fantastic in all its forms, promoting divers styles, points of view, themes, and aesthetics – and I think these winners really show as much.”Neuchatel held 160 screenings during its 21st edition, breaking attendance records with more than 30,000 admissions and 50,000 attendees – a figure that dwarfs the population of the lakeside Swiss town.

“Our public continues to diversify and grow,” Walder says. “From our Scream Queer retrospective to our talks with Joyce Carol Oates, we came at this edition from a slightly different angle than in previous years, and that paid off. We kept our traditional public interested and invested while welcoming many new attendees.”Winner of this year’s Denis-De-Rougemont youth award, “Hypochondriac” director Addison Heimann was one new attendee – and you can bet that he’ll be back.

“This is the best festival I’ve been to so far,” Heimann says with a grin. “Our films play in full theaters. The fans really turn out, shouting along at ads onscreen before the movie starts and coming by to see you after the screening.””My movie’s about my own mental breakdown,” he continues. “It’s very personal. And people come up to me afterwards and share their own stories and journeys, I’m very grateful. ‘Hypochondriac’ is a really American movie, so coming over here, and having people see themselves in it is really cool. To do this festival before our U.S. release – I couldn’t ask for more.” (ANI)