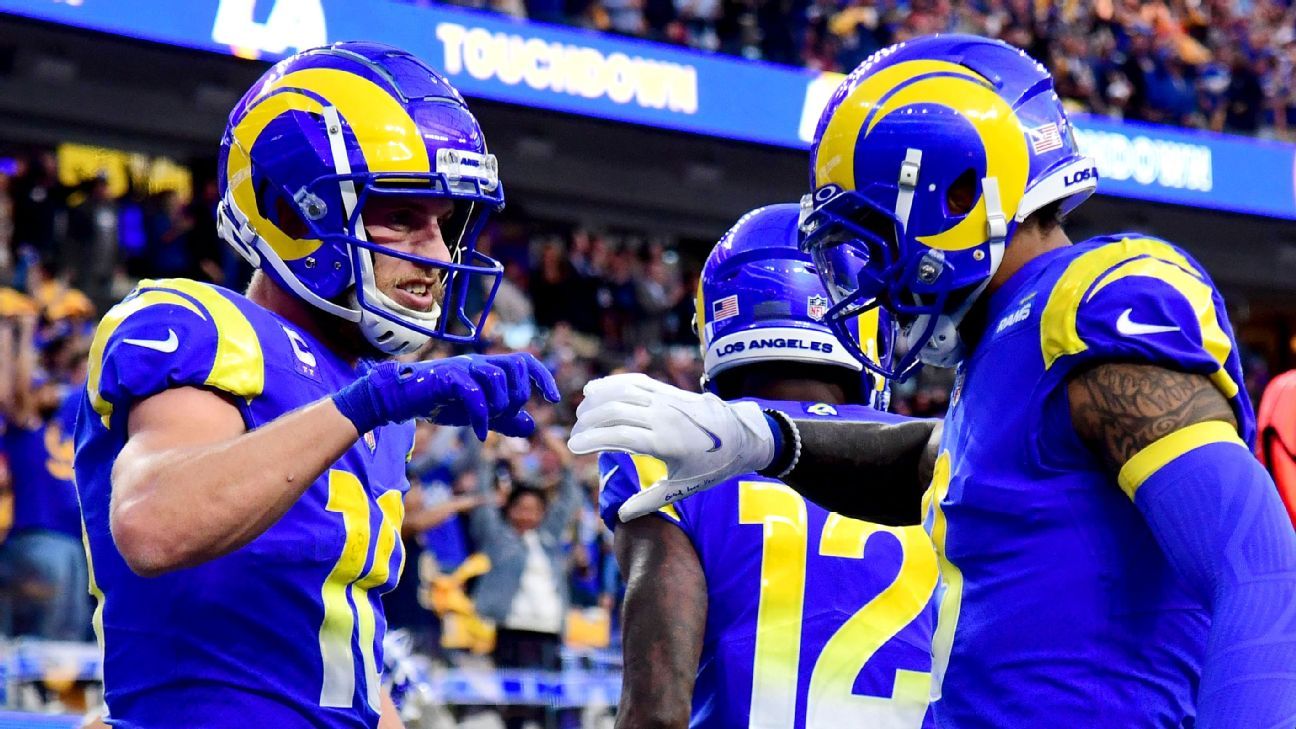 The season finale is upon us. The Cincinnati Bengals and Los Angeles Rams will square off Sunday at SoFi Stadium in Inglewood, California, for Super Bowl LVI.

Many questions will be answered. Can the Rams capitalize on playing in their home stadium, something few teams get to experience? Will 2020 No. 1 overall pick Joe Burrow and 2021 first-round pick Ja’Marr Chase cap off a dream season with the ultimate win? Will Matthew Stafford and Cooper Kupp put on a show and then rely on Aaron Donald to hold it down on defense? Will Bengals kicker Evan McPherson win another game on a last-second field goal? Can Odell Beckham Jr. shine on the big stage and solidify his comeback? The possibilities with this game are endless. And if these two teams show off what made them great the entire season, we should be in for a treat Sunday.

Ahead of the 6:30 p.m. ET kickoff, we asked ESPN’s analysts, writers, commentators, columnists and pundits to make their predictions for the big game. More than 50 experts so far have weighed in on the winner of Rams-Bengals, the final score of the game and who will earn the MVP award. We’ll add more predictions leading up to the game.

Here is how they picked, along with some breakdown of the numbers. And be sure to check out all of our Super Bowl preview content.

The most common predicted final scores were 27-24, picked by five of our experts. The lowest combined total was 34 (18-16). The highest combined score was 66 (35-31). The largest margin of victory predicted was 22 points (43-21). Thirty-seven of the experts said this game will be decided by a touchdown or less.

Betting context: Caesars Sportsbook currently favors Los Angeles by 4.5 points. Nineteen of the 52 experts have the Rams covering that spread, while 33 say the Bengals will cover. The over/under is 48.5 at Caesars Sportsbook. Thirty-one of the experts in this pool have the game going over that total, while 21 like the under.

Burrow was the most common pick to win Super Bowl MVP. A little bit surprising, because he’s the quarterback of the team most of our experts picked to lose the Super Bowl. Nineteen of the 52 experts who weighed in on MVP picked Burrow, 36.5% of the vote. Seven of the past 10 Super Bowl MVPs have been quarterbacks.

Kupp was the next-most-common pick by a slim margin, earning 10 votes (19.2%). Stafford and Donald were close behind with nine votes (17.3%) each. Odds below are via Caesars Sportsbook.