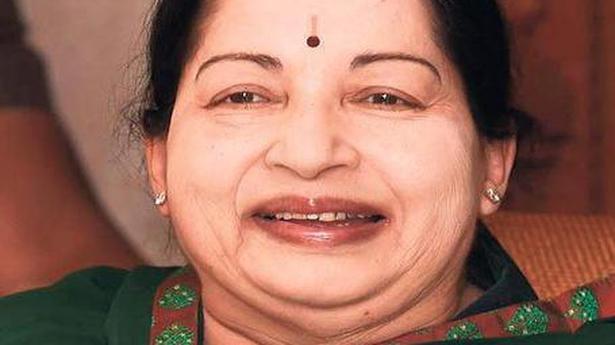 The Supreme Court on Thursday orally said it will safeguard the interests of Apollo Hospital and favoured constituting a medical board of experts from AIIMS to buttress Justice A. Arumughaswamy Commission of Inquiry’s efforts to gather facts on the death of former Tamil Nadu Chief Minister Jayalalithaa at the hospital in 2016.

A Bench of Justices S. Abdul Nazeer and Krishna Murari asked the hospital, represented by senior advocate Aryama Sundaram and advocate Rohini Musa, to prepare a memo detailing what it wanted during the inquiry. The court said it would examine the memo and pass orders. The court asked the hospital to share a copy of its memo with the Commission of Inquiry by Monday. It listed the case next on Tuesday.

Apollo had moved the apex court accusing the Commission of bias, violation of the principles of natural justice and conducting the fact-finding exercise outside its jurisdiction. The Commission, represented by senior advocate Ranjit Kumar, had denied the allegation of bias, saying it was “rhetorically made without providing any perspective of the matter”.

Mr. Sundaram had contended that the reputation of the premier Chennai hospital was “blighted overnight” by the Commission, which took a tangent which was “unbelievable”. The senior lawyer said the path followed by the Commission was straight out of the fairy tale Alice in Wonderland.

The hospital had urged the Supreme Court to direct the Commission to share records and permit it to participate in the examination of witnesses in the inquiry process.

“Whatever evidence you want cross examined, we will permit you. You put whatever you want in a memo. We will look into it. We agreed to your suggestion of constitution of medical board. We will safeguard your interest,” the Bench addressed the hospital orally.

The hospital had also stressed on the Commission adhering to act within the ambit of the inquiry and follow procedure, as earlier noted by the Madras High Court.

Mr. Sundaram had submitted how the Commission had even got about to ask for the medical records concerning the hospitalisation of another former Tamil Nadu Chief Minister, M.G. Ramachandran, 37 years ago and his shifting to the Brooklyn hospital in the United States. The CoI had written to Apollo chairperson, Dr. Prathap C. Reddy, for the information.

The court orally advised the Tamil Nadu government to provide the Commission with a larger room for the hearings in order to accommodate the media and members of the prospective medical board.

The State had appointed the inquiry commission headed by Justice Arumughaswamy, a retired Madras High Court judge, on September 25, 2017. The Commission’s reference was to examine the circumstances which led to the hospitalisation of Jayalalithaa on September 22, 2016 and the nature of treatment given in order to determine the cause of hospitalisation.