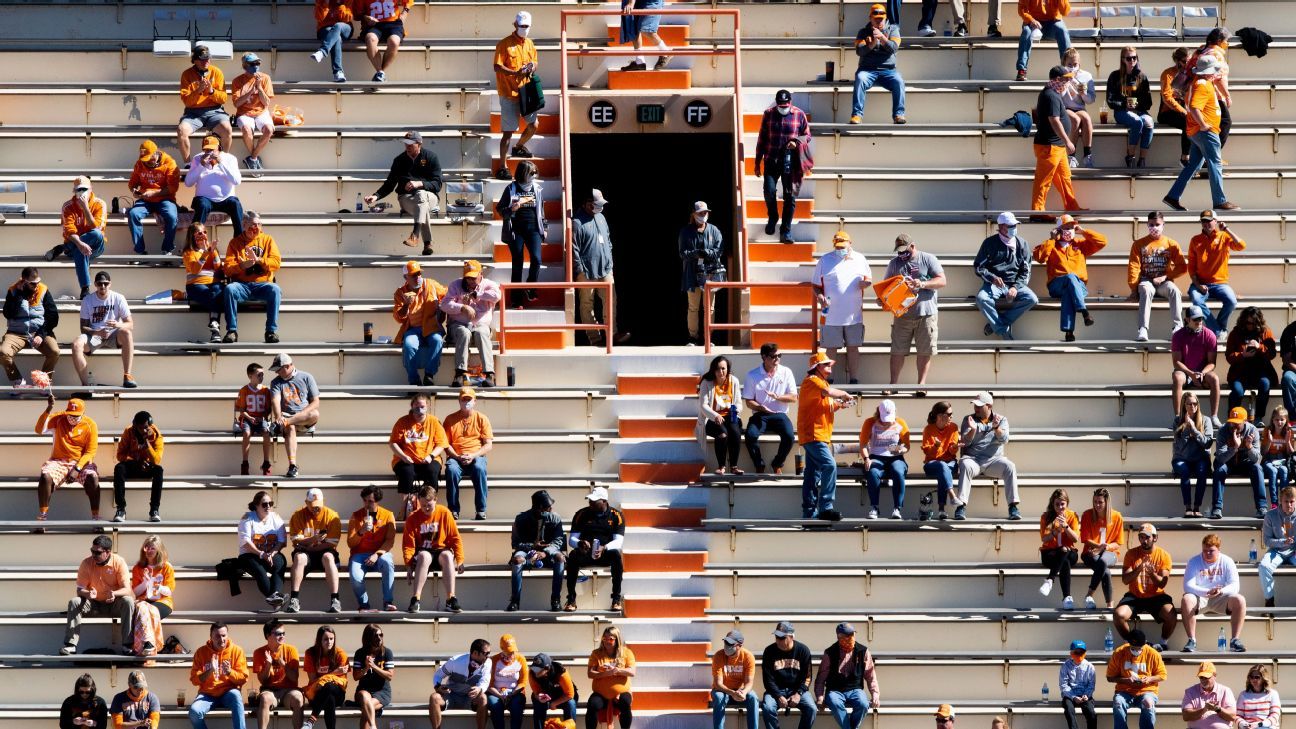 The majority of American sports fans are waiting for the arrival of a COVID-19 vaccine before they feel comfortable returning to the bleachers, according to a new study conducted this past weekend.

Two-thirds of the survey respondents said they would not attend an indoor sporting event without a vaccine — even if masks and social distancing measures were being enforced in the arena. Among respondents who identified themselves as sports fans, 60% said they were waiting for a vaccine.

For outdoor sporting events, 58% of all respondents said they also were waiting on a vaccine rather than trusting personal protective equipment or social distancing to keep them safe in a large crowd.

The survey, conducted by Seton Hall University’s Sharkey Institute, collected answers from 1,506 adults from across the country. The responses were collected from Nov. 13 through Nov. 16 — roughly one week after Pfizer announced that an early trial showed it had developed a COVID-19 vaccine that was more than 90% effective.

A similar poll conducted in April, weeks after the sports world came to a sudden halt, found that 72% of Americans were unwilling to attend any kind of sporting event (indoor or outdoor) without the availability of a vaccine.

Multiple sports have since returned to play while allowing a limited number of fans to attend games. Leagues that play exclusively inside — the NBA and the NHL — did not allow fans at the vast majority of their games this summer. Some outdoor sports such as college football have hosted games with thousands of fans in attendance.

While the number of sports fans who are willing to attend games without a vaccine has increased in the past seven months, the results are still “awful numbers to ponder” for those that depend on ticket sales for income, according to Charles Grantham, who runs the Seton Hall sports management center that conducted the poll.

Grantham and poll methodologist Daniel Ladik said the recent news of a promising vaccine on the horizon was very likely reflected in the responses they received.

“The recent news of vaccine breakthroughs has got to be enormously uplifting to those in the business of selling tickets, be it sports or entertainment,” Grantham said in a release Wednesday.

The poll results also showed that parents with children under the age of 18 said they were more likely to attend events than the general population. Of parents polled, 51% said they would attend events with social distancing and mask-wearing before a vaccine was available.