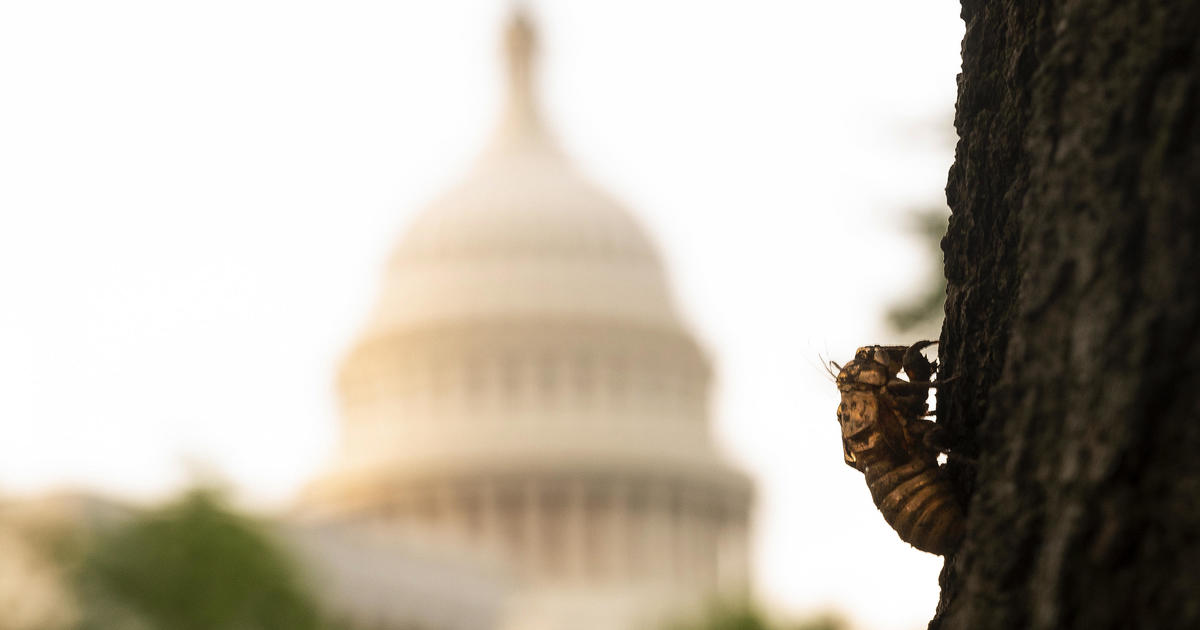 Billions of cicadas have been swarming the eastern part of the U.S. for weeks — and not even the president’s press plane is immune to their wrath. On Tuesday night, a swarm of bugs decided to try to hitch a ride on the plane set to carry dozens of journalists from Washington, D.C. to Europe for President Biden’s first foreign trip, delaying takeoff.

The White House press charter was delayed several hours overnight due to “mechanical issues” caused by a Brood X cicada infestation in the plane’s engines. According to The New York Times, a new plane had to be flown into New York, and pizza and optional hotel rooms were provided to stuck journalists near Dulles International Airport.

The plane, which is operated by Delta Airlines, not the federal government, finally took off early Wednesday morning. Crystal Drake, a spokesperson for Delta, confirmed to CBS News that the flight was delayed due to a cicada incident.

Drake said the machinery of the plane was clogged, forcing it to be grounded out of an abundance of caution.

The Washington, D.C. area is one of the hotspots for the Brood X emergence, which occurs every 17 years. The surge of insects is so dense in the nation’s capital and the surrounding region that the National Weather Service is even detecting them on its weather radar as “fuzziness.”

The noisy critters have been wreaking havoc across the country. They’ve taken the blame for a car crash in Cincinnati and the Food and Drug Administration even had to issue a warning to people with seafood allergies to keep them from eating the bugs.

And the infestation won’t be over any time soon. The cicadas will stick around until the conclusion of their mating season, likely around the end of July.

President Biden is also heading to Europe on Wednesday aboard Air Force One to participate in both the G7 and NATO summits, as well as an EU-U.S. Summit. He also has a highly anticipated meeting with Russian President Vladimir Putin.