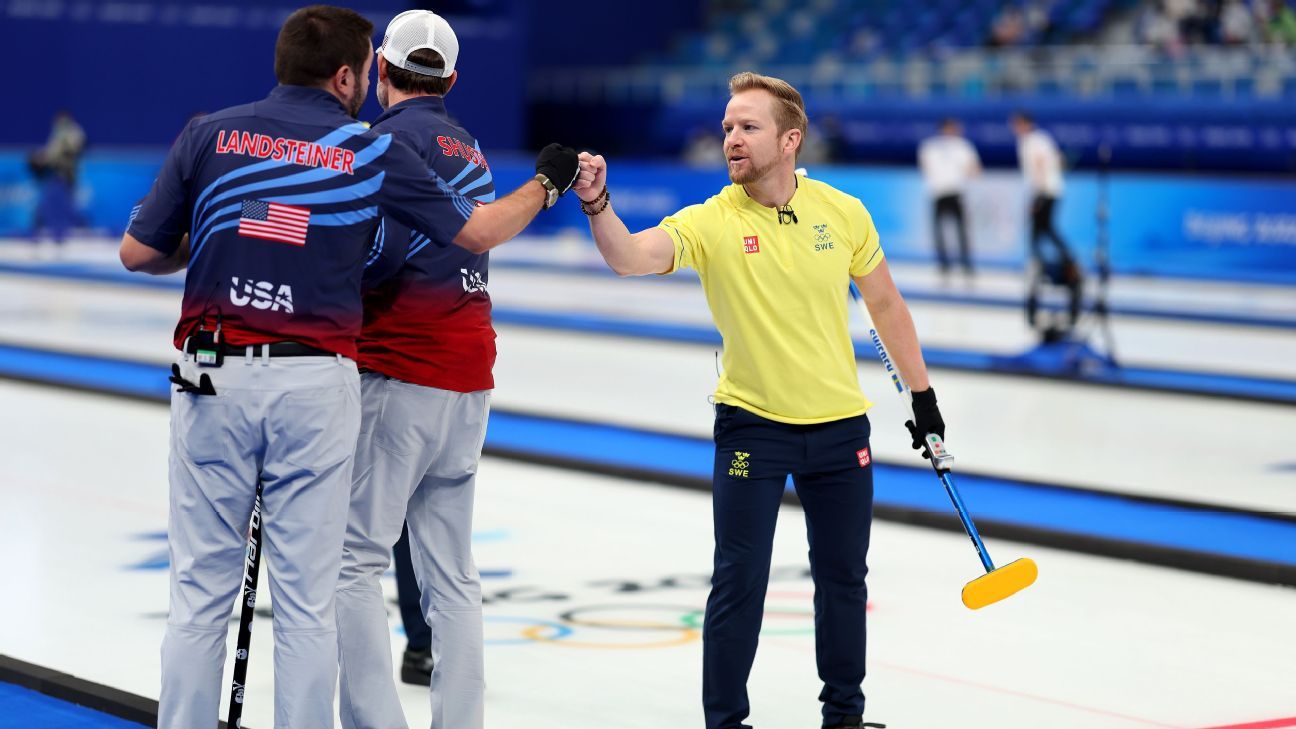 BEIJING — The U.S. men’s curling team isn’t dwelling on the last time it played Sweden at the Olympics.

It’s thinking of the next time.

In a rematch of the Pyeongchang gold medal match, Sweden beat John Shuster’s foursome 7-4 on Thursday to take an early lead in the round-robin standings and hand the defending champions their first loss of the Beijing Games.

The result left the Americans hoping for a rematch against Niklas Edin’s foursome, which could happen only if they both qualify for the playoffs.

“I can’t think of very many Olympics or world championships where Niklas isn’t somewhere hanging around at the end of the week,” said Chris Plys, a newcomer to Shuster’s team since Pyeongchang. “We hope to be there with them and I’d love to get another crack at them, for sure.”

Four years after Team Shuster won five straight elimination games — including a victory over Edin that clinched the first U.S. gold medal in Olympic curling history — it was the Swedes celebrating.

Trailing 7-4 in the 10th and final end, Shuster conceded after Edin left the Americans with just one stone in the target area and just one more to play.

“When you’re playing against the reigning world champions and you get opportunities, you got to take advantage of those,” Shuster said. “We’re going to have to fight tooth and nail to get every win here.”

The Swedes improved to 2-0 in Beijing and the defending champions fell to 1-1. Edin also took a 5-4 edge against Shuster dating to the 2018 gold medal match.

“We play them tons of times. It’s always close battles, always good games,” Edin said. “So we knew was going to be a big one — both our teams are playoff contenders — so winning this is big.”

It was a two-point game in the eighth when Edin executed a tricky cross-house double takeout and Shuster couldn’t complete one of his own. The Americans intentionally blanked the ninth end to retain the last-rock advantage.

But in the final end, they ran out of rocks.

“They’re good friends of ours. It’s really nice to beat them and also just get ahead in that head-to-head battle that is going on, especially since the last Olympics,” said Edin, a five-time world champion who also won a bronze medal in Sochi to go with the silver from Pyeongchang. “We know they are one of the gold medal contenders here.”

In other results from men’s play on Thursday, the Russian team beat China 7-4 in nine ends, Canada edged Norway 6-5 and Britain beat Italy 7-5.

“After our practice last night, we kind of came together and talked about what we were seeing, how we were feeling,” Peterson said. “It’s only Game 1, so we’ve got to keep it up.”