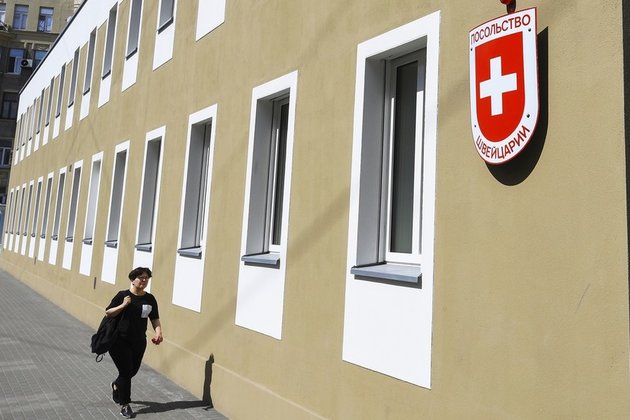 Switzerland cannot represent Ukraine’s diplomatic interests in Russia as it gave up its neutrality status by joining anti-Russia sanctions, the Foreign Ministry said on Thursday.

Russian Foreign Ministry Deputy Spokesman Ivan Nechayev said Bern has asked Moscow whether it can represent Ukraine in Russia and vice versa, and that in response, “we made it perfectly clear that unfortunately, Switzerland has lost its neutrality and cannot act as a mediator or a representative of interests.”

Nechayev also noted that Switzerland has continued talks with Kiev despite knowing Moscow’s stance on the matter, which only confirmed that Bern “doesn’t really care about Russia’s interests.”

“This only reinforces our position that Switzerland’s role as a mediator and a representative is out of the question,” the Russian diplomat added.

The deputy spokesman accused Bern of supporting Kiev by joining the anti-Russia campaign launched by Western powers and Ukraine. “It is unclear how it’s possible for a country behaving like this to offer mediation, representation and other good services,” he said.

On Wednesday, Switzerland and Ukraine agreed that Bern could represent Kiev’s diplomatic interests in Russia, should Moscow consent to such an arrangement.

The Swiss foreign ministry also noted that it has been offering its services as a mediator since the outbreak of hostilities between Russia and Ukraine in late February, given that Kiev severed diplomatic ties with Moscow. According to Steiner, Bern is ready to host and support negotiations between Moscow and Kiev.

“The mandate of a protecting power” is meant to allow states to maintain low-level relations at times of conflict, and to monitor and safeguard the interests of parties to the conflict and their nationals.

Foreign Ministry Spokesperson Oleg Nikolenko confirmed such plans at the time, saying Ukraine had “reached an agreement in principle” with Switzerland that would allow Bern to represent Ukrainian interests in Russia. He also said that “the choice in favor of Switzerland was made because of its extensive experience in performing such functions.”

On March 5, Moscow put Switzerland on a list of hostile countries, joining many other states, including EU members. Nonetheless, Switzerland has prior experience of representing other countries’ interests in Russia. Bern, in particular, has represented Georgia in Moscow, since Tbilisi cut diplomatic relations with Moscow following the 2008 conflict.