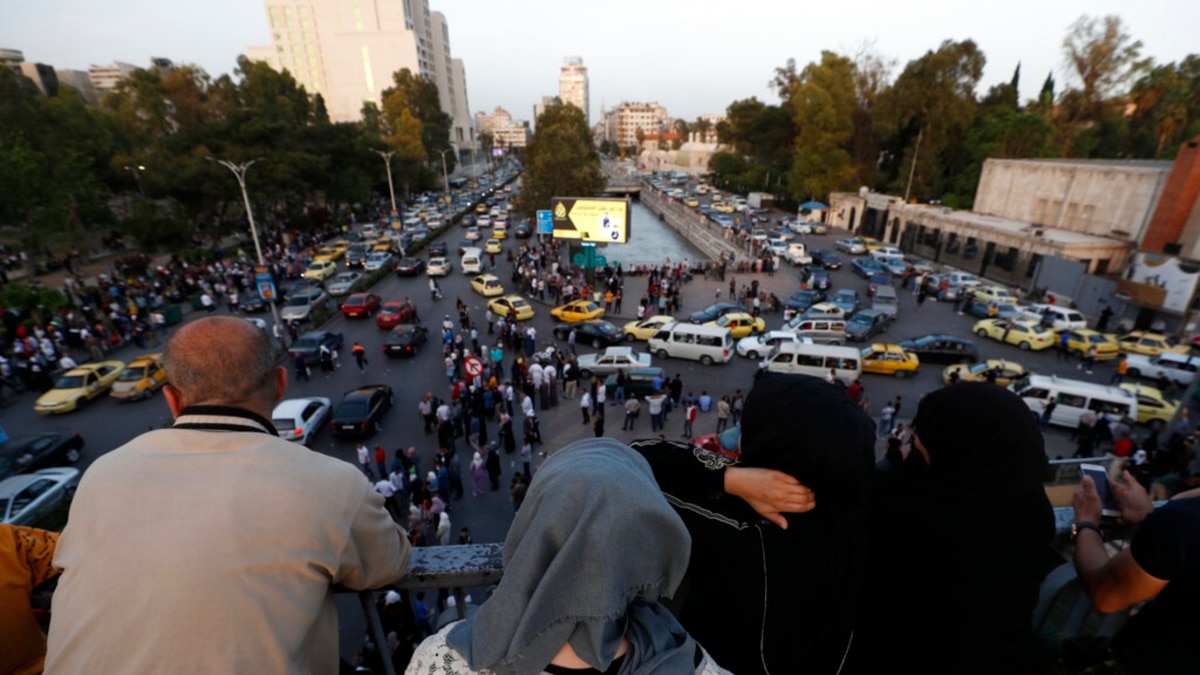 A presidential amnesty decree issued by Syrian President Bashar al Assad to mark the end of the Muslim holy month of Ramadan has many families anxiously waiting to see if their loved ones will benefit from the pardon. The amnesty does not include those with blood on their hands, and it is not clear how it will affect thousands of Syrians who have fled the country during a bitter civil war, which began in March 2011.

Thousands of Syrians have been waiting near an iconic bridge in Syria since a presidential amnesty was issued earlier this week, to see if their loved ones might be among those released as a result of the amnesty decree.

One young woman who had been waiting patiently to see her father, who she thinks is being held at the infamous Sednaya Prison, said she is seeking any tidbit of information about him.

She said that her father was taken prisoner nine years ago and all she wants to know is if he is being held or not, and if he is alive or dead.

Another young man waiting for his loved ones said his father was detained 11 years ago and transferred from one prison to another, then back again, and that his brother, a military officer, was detained nine years ago, and he wants to find out if they are alive.

Most of those being held were detained as part of a terrorism decree issued by the Syrian government in 2012. Judge Nizar Sadiqni, deputy minister of justice, explained to Syrian TV which alleged crimes committed by detainees are included in this week’s presidential amnesty.

He said that crimes covered by the amnesty include any act which may have affected security in the country, caused fear or panic by the public, or damaged public infrastructure, no matter how it was done, and so long as no blood was spilled as a result of it (as per the terrorism law of 2012).

Khattar Abou Diab, who teaches political science at the University of Paris, told VOA that he thinks the Syrian president issued his amnesty decree in order to improve his government’s image abroad after a video appeared in Britain’s The Guardian newspaper showing a 2013 massacre of prisoners in the Damascus suburb of Tadamon.

He said the plight of the families waiting for loved ones at a Damascus bridge shows a clear lack of humanism by the Assad regime. He added that the Syrian government might have issued the amnesty because it is starting to feel isolated due to its support for Russian President Vladimir Putin in Ukraine and damage from video of a 2013 massacre.

The government move, he went on to say, doesn’t make a lot of sense, because it doesn’t appear to have resulted in the release of many prisoners or have revealed the fate of many of those who disappeared.

Syrian government military prosecutor Col. Mohammed Hossam told Syrian TV that he thinks the amnesty is needed because it puts in writing decisions to exonerate people that were made after many towns and cities in the country surrendered to government forces during the past several years and signed reconciliation agreements. Those agreements, he insists, need to be codified.

Syrian government analyst Ghassan Youssef also told Arab media he thinks that political reconciliations between various Arab governments such as Egypt, Saudi Arabia and the UAE with Turkey will probably result in Turkey reducing its support for many Syrian opposition groups and ultimately lessening tensions inside the country.