To see exactly why Australia is synonymous with an abundance of iconic beaches and natural attractions, head to your local city.

“Our cities are the key international gateways to Australia and transit hubs for travellers, so it’s no surprise that they’ve been hit the hardest in terms of tourism spend, hotel occupancy and aviation capacity over the past year,” Tourism Australia managing director Phillipa Harrison said.

“Whether it be long, short or a quick day trip into the city, operators have worked really hard to ensure safety — as well as the ease of flexibility — for travellers.”

Eight in ten Australians say that travel restrictions have made them appreciate better what an amazing state they live in, according to a YouGov poll commissioned by The Sunday Telegraph and Tourism Australia.

Meredith Rogers from Clovelly said few cities have as many fabulous beaches and walks as Sydney so take advantage of them.

“We have many great experiences and attractions on offer for people of all ages, so you can have a truly fantastic holiday experience whilst also helping our city to thrive,” she said.

Meanwhile 84 per cent say there are actions that tourism operators could take to give them the confidence to book with them in the next 3-6 months.

This has encouraged hotels to take every step to ensure the wellbeing of their guests, including updating cancellation policies and health and safety protocols.

“Cleanliness has always been a priority and last year we announced enhanced measures and guidelines to give guests and our colleagues even greater confidence,” IHG Hotels & Resorts’ head of operations Ruwan Peiris said.

“This not only allows us to keep our doors open and welcome guests safely, but enables us to retain wonderful industry talent through jobs,” he said.

There’s also been a resurgence in coastal and regional holidays.

“Popularity continues to rise and many holiday parks have seen a big increase in nights stayed. RV sales are also doing well with buyer interest at greater than usual levels,” she said,

“All this showcases the popularity of caravan and camping holidays as the perfect way to get out and explore our backyard.”

Parks within an easy drive of Sydney, such as Seal Rocks, and Hawkes Nest have also had a significant resurgence in demand.

“Our inland parks have 55 per cent increase in occupancy and more than doubled their camping nights,” Reflections Holiday Parks CEO Steve Edmonds said.

“Our coastal and country parks promise fresh air and relaxation, encourage healthy outdoor activities and support regional townships which have done it tough and struggled through drought, fires and now a pandemic.” 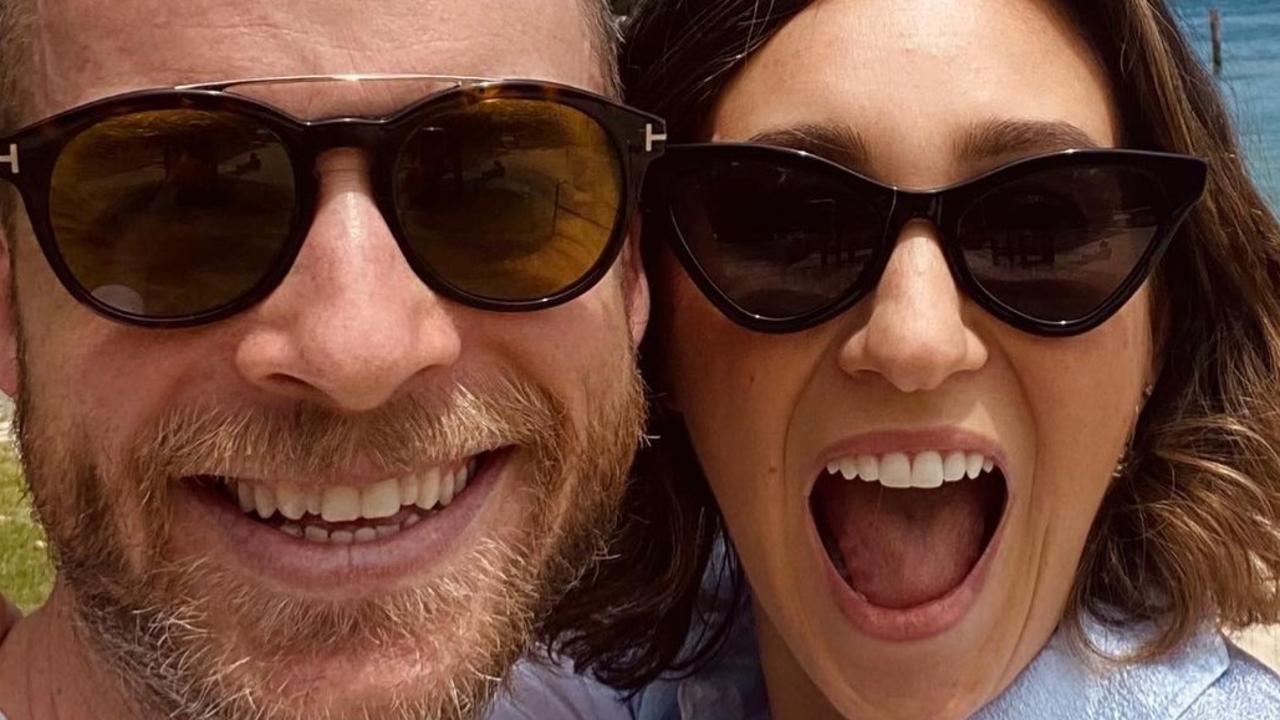 From beach-hopping to bush-bashing, Australians have been enjoying our new-found travel freedom since border restrictions relaxed, but there’s one area we’re criminally overlooking – our big cities.

So travel-loving couple Hamish Blake and Zoe Foster Blake have teamed up again with Tourism Australia for a new campaign that urges Aussies to plan a city escape to bring some love back to the big smoke.

In their new ad campaign, which is part of Tourism Australia’s Holiday Here This Year campaign, the popular couple showcases what our cities have to offer for your next domestic getaway.

Speaking to news.com.au about the City Escapes campaign and their upcoming travel plans, the pair explained how Australia’s excellent cities leave us spoiled for choice.

“No offence to other countries, but let’s say if you go to America, you’ve got some good capital cities in America but you’ve got some duds. In Australia, we’ve got no duds. If it was up to me, the campaign would be called Australia: No Dud Cities,” Blake said.

“Every capital city is awesome in its own unique way. I do love that so much about Australia. Cities that are smaller, population-wise, are kind of even cooler because they’ve got their own art, culture, food, geography, cool hotels. The cities have boomed.”

The couple said they already had a hit list of cities they planned to go to next with kids Sonny, 6, and Rudy, 3.

“We were just saying we feel embarrassed we haven’t been to MONA (Museum of Old and New Art) in Hobart,” Foster Blake said.

“Our kids like to be a bit free-range and barefooted and feral, so we’ll definitely head to somewhere that affords that sort of environment as well. That might be Perth, or Brissie.”

Blake agreed he was “dying to get back to Perth”.

“I haven’t been for a couple of years and again, I think one of my favourite things about Perth is that it’s that perfect mix between big and small,” he said.

“It’s obviously a big city but it’s spacious, there’s lots of little great pockets and there are amazing beaches.”

Tourism Australia has found domestic travellers have been shunning cities in favour of regional areas due to health and safety concerns.

Spending on overnight trips across Australia fell by $27.1 billion, or 34 per cent, in the year ending September 2020, compared to the previous year.

It has especially been felt in Melbourne, Sydney, Brisbane, Gold Coast and Perth.

Hotel occupancy has also taken a dive, with Melbourne, Sydney and Hobart the hardest hit – their occupancy rates have plunged to 33 per cent, 40 per cent and 49 per cent respectively.

“Our cities are the key international gateways to Australia and transit hubs for travellers, so it’s no surprise that they’ve been hit the hardest in terms of tourism spend, hotel occupancy and aviation capacity over the past year,” Ms Harrison said.

“While our international borders remain closed and travel restrictions continue to fluctuate around the country, our cities run the risk of continuing to bear the brunt of this pandemic despite offering so many incredible, safe experiences and being more affordable than ever.

“As part of this campaign we are calling on Australians to help support their fellow Australians by booking a city escape, which in turn will help to support the thousands of city-based hotels, restaurants, bars, cultural attractions and experiences that rely on tourism for their livelihoods.”

As Hamish and Zoe look forward to their next city escape, they admitted there was one thing they’d have to contend with – their very opposing approaches to packing.

“He doesn’t pack until the night before, which gives me hives the morning of,” Foster Blake told news.com.au.

“I pack a week out, constantly curating, editing … and I do the kids’ suitcases as well. That will be our point of tension the night before.”

“For some reason, even though I know where we’re going and I know the temperature, as soon as I open my wardrobe my brain is filled with wild, 1 per cent contingencies,” he said.

“Then when I get to the destination … it’s like a theatre sports game where I open up a bag and have no idea what’s in there.”

“But he’ll live in the same pair of shorts for seven days,” Foster Blake laughed.