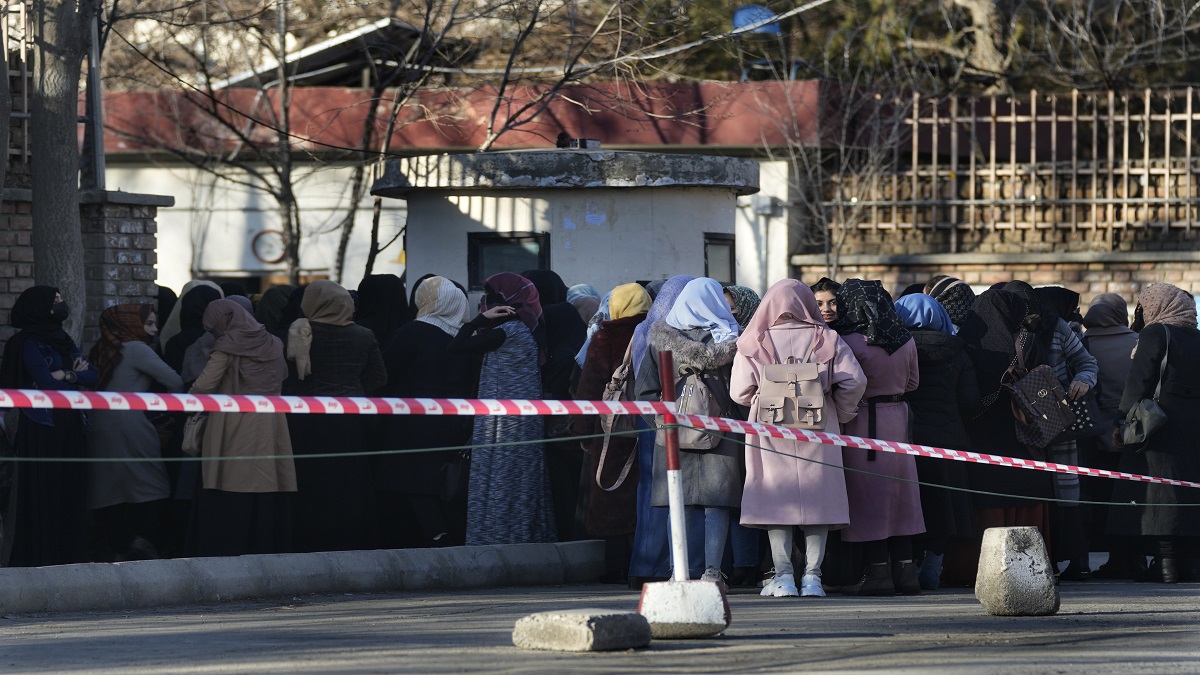 The authorities issued an order to all government and private universities in Afghanistan to suspend “education of females” until further notice, reports said.

Women are banned from private and public universities in Afghanistan with immediate effect and until further notice, a Taliban government spokesman said Tuesday, the latest edict cracking down on their rights and freedoms. The decision was announced after a meeting of the Taliban government.

Despite initially promising a more moderate rule and women’s and minority rights, the Taliban have widely implemented their harsh interpretation of Islamic law, or Sharia.

They have banned girls from middle school and high school, restricted women from most employment and ordered them to wear head-to-toe clothing in public. Women are also banned from parks and gyms.

A letter shared by the spokesman for the Ministry of Higher Education, Ziaullah Hashmi, tells private and public universities to implement the ban as soon as possible and to inform the ministry once the ban is in place.

Hashmi also tweeted the letter from his account and confirmed its contents in a message to The Associated Press.

The university ban comes weeks after Afghan girls took their high school graduation exams, even though they have been banned from classrooms since the Taliban took over the country last year.