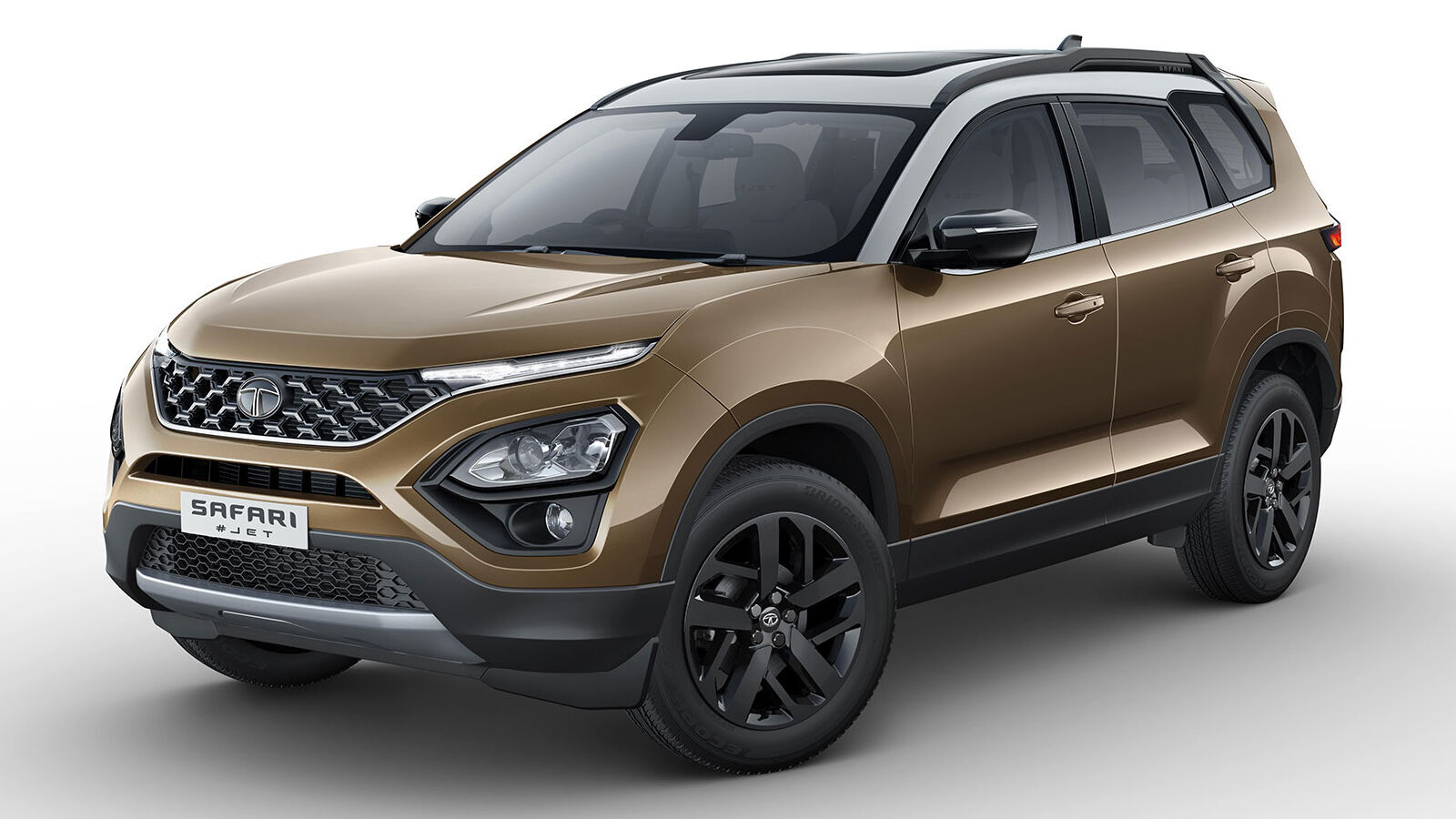 Tata Motors has introduced Jet Edition of Safari, Harrier and Nexon. The manufacturer already offers special editions of their SUVs.

The interior is now finished in a dual-tone shade. Tata Motors is using Oyster White with Granite Black. There are bronze touches on the dashboard, central console and door pads. The seats get #JET embroidery on the front headrests and deco stitching on the seats in a bronze thread along with a tri-arrow design.

Along with these upgrades, Tata has also added some features to all the SUVs. The Nexon is a compact SUV that comes with ventilated front seats, an electric sunroof with a tilt function, a wireless charger and an air purifier with AQi display.

The Safari and Harrier now get Driver Doze off alert, Panic Brake alert and After Impact Braking. These features are an extension of the 14 safety features that both SUVs are already equipped with. Additionally, now all rows get a type C charger for charging the mobile devices. The Safari now gets Winged Comfort Head Restraints on the second-row bench and captain seats.

There is also an electronic parking brake in manual and automatic transmission. The Jet Edition is also equipped with Wireless Android Auto and Apple CarPlay, an air purifier and a wireless charger. The upholstery is now finished in Benecke-Kaliko and Oyster White with perforated leatherette and Bronze inserts. The Harrier now gets all four disc brakes.