Oscars 2022: The 94th Academy Awards ceremony kicked off on a stylish note with celebrities showing off bold, bizarre, and iconic looks on the red carpet. With most of the celebrities playing it safe this year, the red carpet witnessed a variety of fairy tale gowns in pastel shades. Also, the red and black colour palette along with the cliched textures, ruffles, and feathers took centerstage, making the red carpet look like a rerun of your least favourite show. However, there were a few celebrities who broke a few red-carpet rules and owned the red carpet with elan. Among the rule breakers, was Timothée Chalamet who played the rockstar card and walked on the red-carpet in a Louis Vuitton shimmery jacket with lace detailing. The highlight of this look was him attending the Oscars without a shirt. Following suit was actor Kristen Stewart who walked in wearing black Chanel shorts. And the Oscars for the bold, bizarre and iconic outfit goes to… 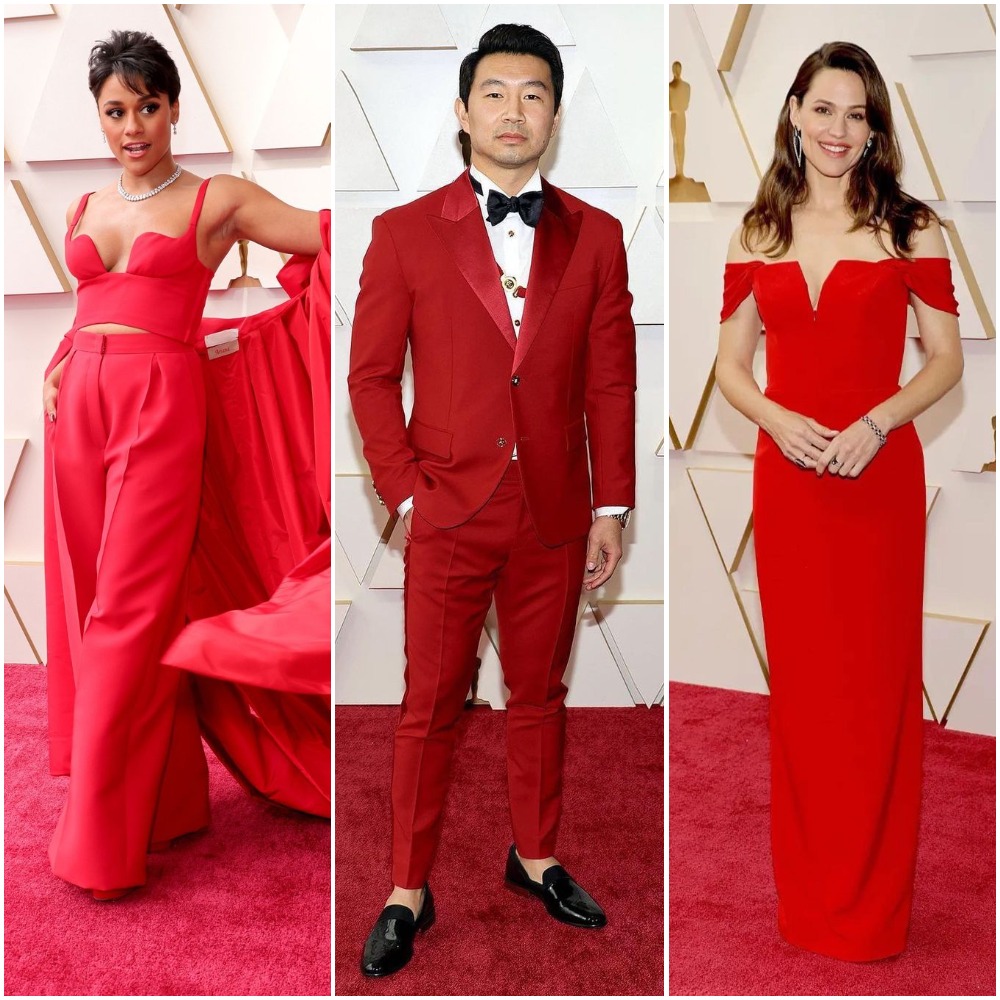 Kristen Stewart made Chanel shorts look like royalty when she walked the red carpet with Fiancée Dylan Meyer. Stewart, who is an ambassador for Chanel, adorned a custom black satin jacket with matching shorts and teamed with a white chiffon blouse. A power move by Kristen, Dylan chose to keep up with her fiancée in suit. Adding flair with couture, Jada Pinkett Smith chose Jean Paul Gaultier couture which he collaborated with guest designer Glenn Martens. Jada owned the deep emerald tight, sculpted corset with ruffles in duchesse silk cascading from the hip to the ground. Keeping up with his beautiful wife, Will Smith suited up looking dapper in Dolce Gabbana. And last but not the least, Mila Kunis and Ashton Kutcher, looking like Ken and Barbie. Mila picked a pastel pink Zuhair Murad draped gown, while Ashton wore a black tuxedo with a bowtie We have no idea what Maggie Gyllenhaal was thinking when she opted for Schiaparelli’s couture dress. The structure of the off-shoulder dress was not only bizarre but didn’t do anything for Maggie’s amazing figure. The oversized gold metal embellishments looked garish on the outfit. If Maggie’s choice was an eyesore, Billie Eilish’s Gucci multi-tiered ruffle dress was a bigger disappointment. Similarly, Naomi Scott in Fendi felt like a creation meant for another time. While the choice of colour was decent, we are not loving the half poncho half cape design. NOT A PASTEL PARADISE

Blush, lavender, blue made its way to the red carpet. While pastels are what summers are all about, the choice of silhouettes were kind of a downer. Nicole Kidman in Armani Privé, Zoe Kravitz in Saint Laurent were a complete let down. The unflattering silhouettes didn’t do justice to the respective celebrities. While Nicole Kidman looked stunning, the dress was a disaster. The ill-fitting lower half of the gown towered with a cloud-like design did rain on Nicole’s parade. Slaying it on the red carpet, Zendaya dazzled in a Valentino silver sequined skirt with a train and paired it with a cropped white shirt. On the other hand, actor Lupita Nyong looked like a million bucks in a golden gown from Prada.  Among the other stars who dazzled in their outfits were Sebastian Yatra, Saniyya Sidney, Rosie Perez, Rita Moreno, and Cynthia Erivo among others.