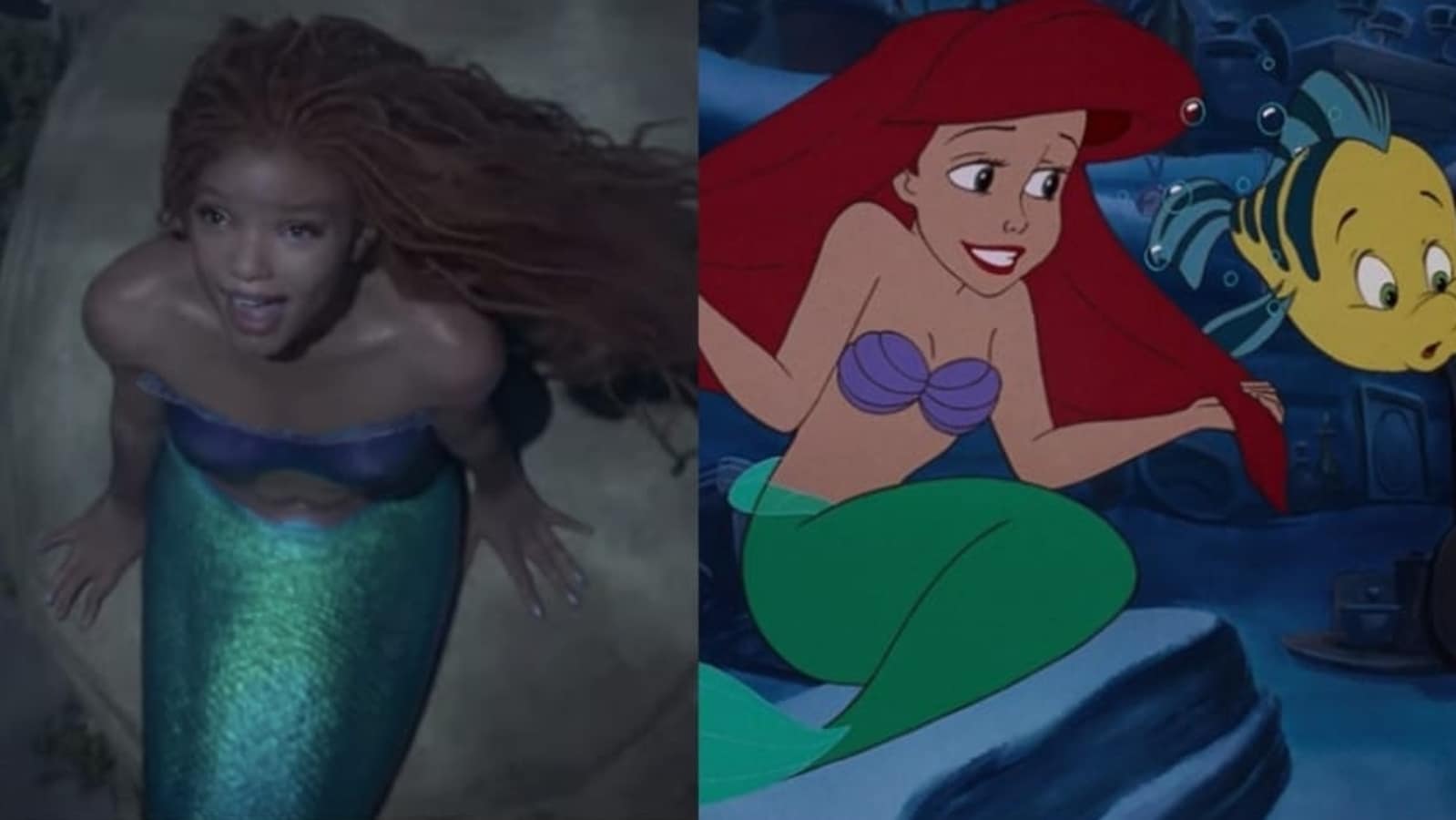 Disney’s The Little Mermaid teaser takes you under the sea. On Friday, Disney released the first teaser for the anticipated live-action remake at D23 Expo. The teaser features beautiful shots of Halle Bailey’s Ariel in the ocean with the iconic Part of Your World playing in the background. Halle also sings some of the song in the teaser. The film is directed by Rob Marshall, who helmed Mary Poppins Returns. Disney announced The Little Mermaid will be released in May, 2023. Read more: Halle Bailey confirmed to play Ariel in Disney’s Little Mermaid remake

The Little Mermaid teaser begins with stunning underwater wildlife being shown before giving a first look at Halle as the mermaid princess Ariel. She is seen gracefully flowing through the water before she takes a peek at the sun. She is then heard singing, Part of Your World, which was featured in the 1989 original. Next, viewers see Halle’s face for the first time, complete with Ariel’s iconic red hair.

In addition to Halle Bailey as Ariel, Jonah Hauer-King will star as Prince Eric. The cast also includes Melissa McCarthy as Ursula, Awkwafina as Scuttle, Jacob Tremblay as Flounder, Javier Bardem as King Triton, Daveed Diggs as Sebastian, and Noma Dumezweni in an undisclosed role.

During the 2022 Oscars in March, Halle confirmed in a red carpet interview that she will be singing Part of Your World in the new movie. Halle also discussed her experience shooting the movie in a recent interview with Variety. “I want the little girl in me and the little girls just like me who are watching to know that they’re special, and that they should be a princess in every single way. There’s no reason that they shouldn’t be. That reassurance was something that I needed,” she had said.

In the Variety interview, Halle also discussed identifying with Ariel at a young age, saying, “Her sense of longing, her searching for herself, was something that I could resonate with. She knew where she wanted to go, and she wasn’t going to let anybody stop her.”

The Little Mermaid was first announced back in 2016, and in July 2019, it was confirmed that actor and singer Halle Bailey, who is one part of the singing duo Chloe x Halle, would be playing the lead character. After production delays due to the Covid-19 pandemic, filming officially kicked off in early 2021 and eventually wrapped in July.