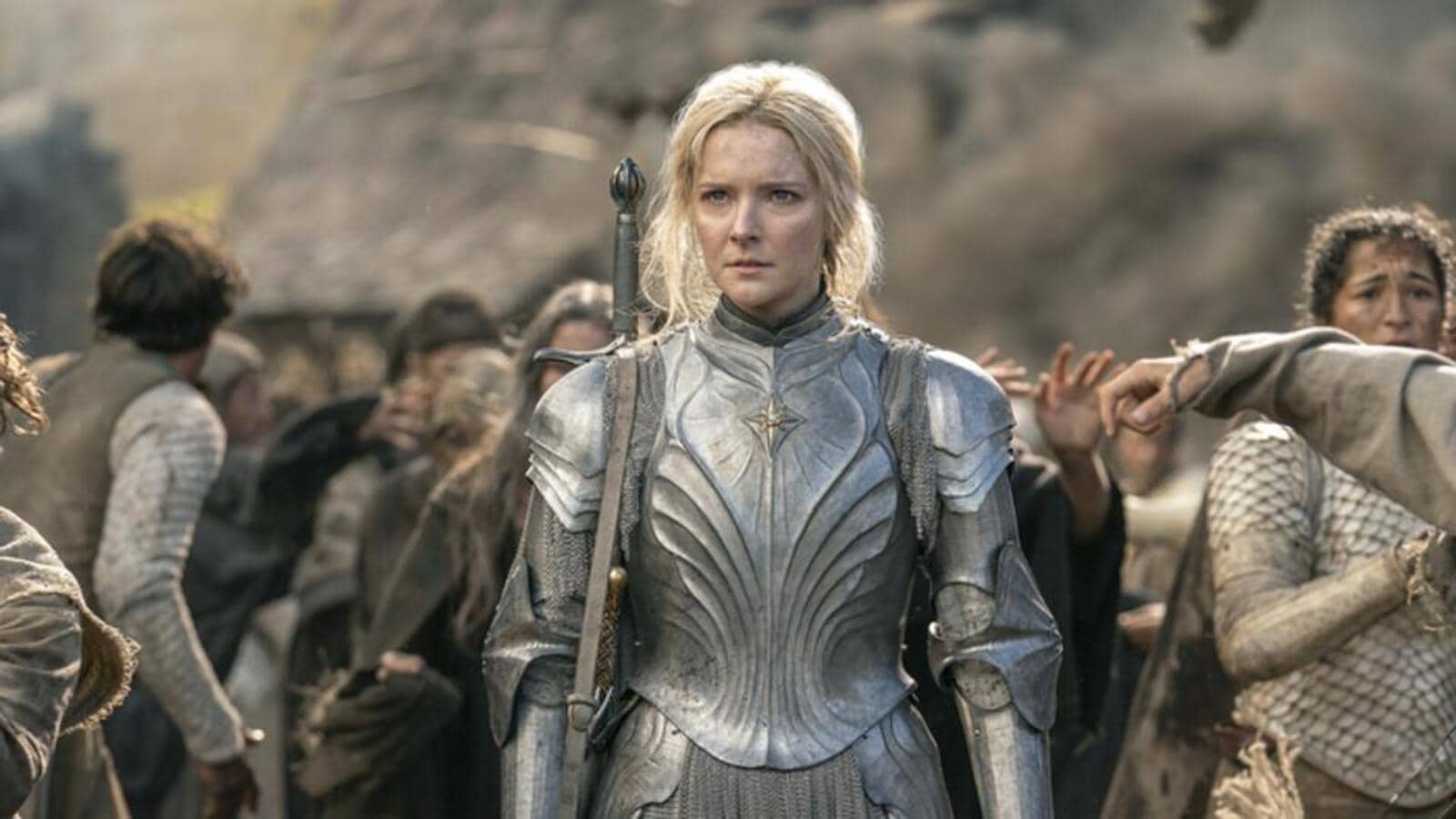 It has been eight years since the final movie in The Hobbit trilogy brought the world of JRR Tolkien to the big screen, and The Lord of the Rings: The Rings of Power revives the legacy, this time for a grand TV experience.

The series is set during the Second Age of Tolkien’s mythology, which means that it is a prequel to The Hobbit and The Lord of the Rings. Set many centuries earlier, The Rings of Power dives into the familiar landscape, revisiting Middle-Earth for a new adventure and a ton of nostalgia.

Steering away from the cinematic world, the series does not follow a core group of adventurers, but rather splits the story into several plotlines, taking the audience to different corners of the world, from Galadriel’s quest to find the dark force, to the forbidden romance between an elf and a woman.

The two-episode premiere marks a good start for the series, backed with brilliant cinematography, acting, but the pace is slow. However, the first glimpse shows some serious promise and intrigue.

It is not that the first episode lags behind in terms of the story or the visual imagery, but it spends too much time in explaining Middle-earth, which is also an understandable move for new viewers, but if you are a Tolkien or LOTR fan, it might make one impatient.

Cut to the second episode, and it is a delight as the wheel of The Rings of Power finally starts churning. It marks the arrival of dwarfs, giants packed with humour and banter between characters, which puts focus on the bonds between new characters. It brings along the feeling of jumping into the fantasy world wholeheartedly.

At one point in one of the episodes, elf Arondir (essayed by Ismael Cruz Cordova) insists that “the past is with us whether we like it or not” — and it is the essence of the show.

That’s because the show comes with hints of several events from Peter Jackson’s cinematic universe, which is enough to make Ringers excited.

When it comes to the familiar, there is Galadriel and Elrond, played by Morfydd Clark and Robert Aramayo, respectively. Here, Galadriel is a warrior, intent on finding the source of evil, while Elrond acts as a politician. The costumes also place one within the same world. Not to forget the familiar tunes of composer Bear McCreary’s soundtrack.

Along with splashing hues of sweeping lore on the immersive fantastical canvas, the show is woven together with stunning imagery and compelling plot threads. But the most important aspect of the prequel is that it captures the sense of awe that the Lord of the Rings films came with.

There are many new aspects to look forward to as well. Be it Galadriel (Morfydd Clark), or the dwarf couple Prince Durin IV (Owain Arthur) and Disa (Sophia Nomvete), or lord Elrond (Robert Aramayo) or Markella Kavenagh as the curious and kindhearted Nori, several characters are introduced, which are sure to connect with the audience. The one downside is that it often feels like a lot is going on in each episode, and one might feel a little lost.

But the episodes make one thing clear: warrior Galadriel will be one of our anchors as one moves across the planned seasons.

Said to be set on the budget of $1 billion, The Lord of the Rings: The Rings of Power certainly looks the part, from stunning visuals, jaw-dropping effects and intricately created set design.

What works in the favour of the ambitious series is the sincerity of the performances, and earnestness of the writing, another thing which ties it to the legacy of The Lord of The Rings. Showrunners JD Payne and Patrick McKay have infused the spirit of Tolkien’s musings, rhythms and grandeur to The Rings of Power very well.

When it comes to the fans of Tolkien’s created world, they will find some new facts to fill in those gaps of the story. For the new audience, it promises a thrilling adventurous ride as it presents a simplified plot with stronger narrative to reach a wider audience.

One thing to note is that the show, which is stirred well with an element of mystery and suspense, has updated with the changing times, as it brings forward a more inclusive world. With emotional core, the two episodes set the pace for the story, all it needs to do going forward is gain some speed.