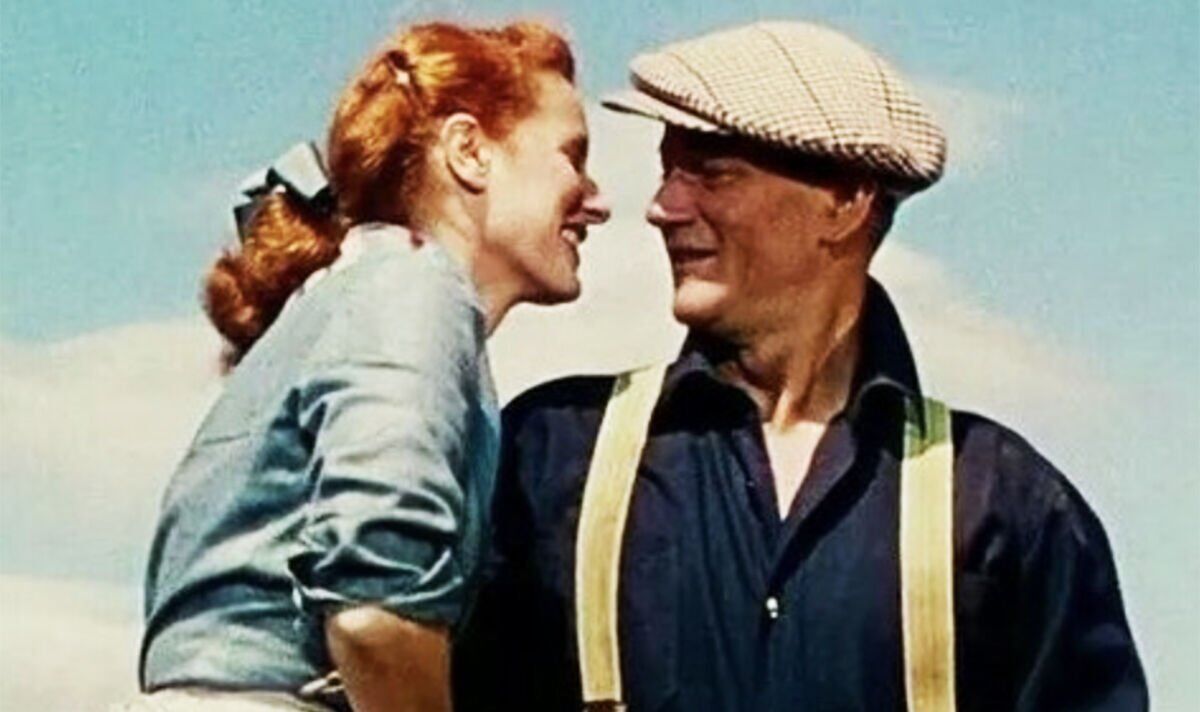 The 1952 Oscar-winning classic, considered by director John Ford to be his sexiest movie, saw John Wayne’s retired boxer Sean Thornton making a pilgrimage to his home village in Ireland to claim his family estate during the 1920s. There he met his match with Maureen O’Hara’s Mary Kate Danaher and her difficult brother Red, played by Victor McLaglen.

Shot in County Mayo and County Galway, The Quiet Man saw O’Hara suffering from a broken bone in her hand for much of production. In the scene where Wayne kisses her for the first time, she slapped his face. However, his block caused the breakage. And given the film was shot in order, she had to endure the pain without a cast to reset her bone.

To make matters more challenging for the leading lady, she had to whisper a line in Wayne’s ear that he was totally not prepared for.

The scene in question saw the two waving goodbye before the leading lady said an unscripted line to Wayne which resulted in a double-take from him that made the final cut.

Initially, she had refused to say the mystery words, writing in her memoir years later, “I couldn’t possibly say that to Duke!”

However, Ford insisted that the actress do it, so as to get a genuinely shocked reaction from her co-star, which totally worked.

At first, Ford refused, claiming he had trimmed all the fat and needed the nine minutes over, but the suits held their ground. So a few days later, he claimed he had the final print ready for screening when really it was his 129-minute cut.

After exactly two hours, the director signalled to the projectionist that the movie be stopped right in the middle of the big final fight between Sean and Red. In the end, the studio executives gave in and let him have his extra nine minutes.