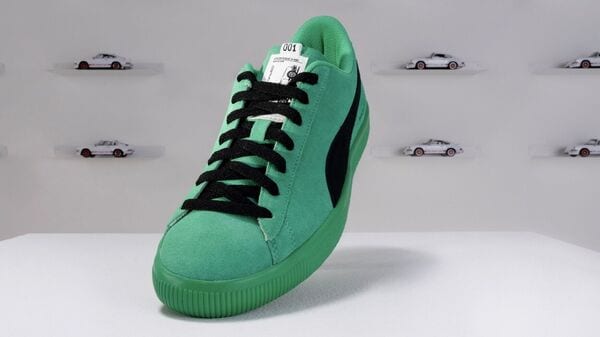 Porsche 911 Carrera RS 2.7 is one of the iconic cars ever built by the German automaker.

German iconic sportscar brand Porsche has joined hands with footwear brand Puma to launch a special edition sneaker series, which comes celebrating the 50th anniversary of the Porsche 911 Carrera RS 2.7. Priced at $127, the special edition sneaker series is available in 10 different colour options, which are influenced by Porsche 911 Carrera RS 2.7. The automaker has said that the availability of these shoes will be limited to 500 units for each colour variant. The limited number of 500 too is an ode to the special sports car, which was manufactured in a limited number of 500 units only.

Porsche unveiled the car in 1972 at the Paris Motor Show, where it grabbed a lot of eyeballs and created quite a ripple among automotive enthusiasts. Porsche named the car to honour the Carrera Panamericana road race, in which the automaker won its class in 1954 with a 550 Spyder. The first Porsche model to bear the Carrera name, when it was released the 911 Carrera RS 2.7 was the fastest production car in Germany with a top speed of 245 kmph.