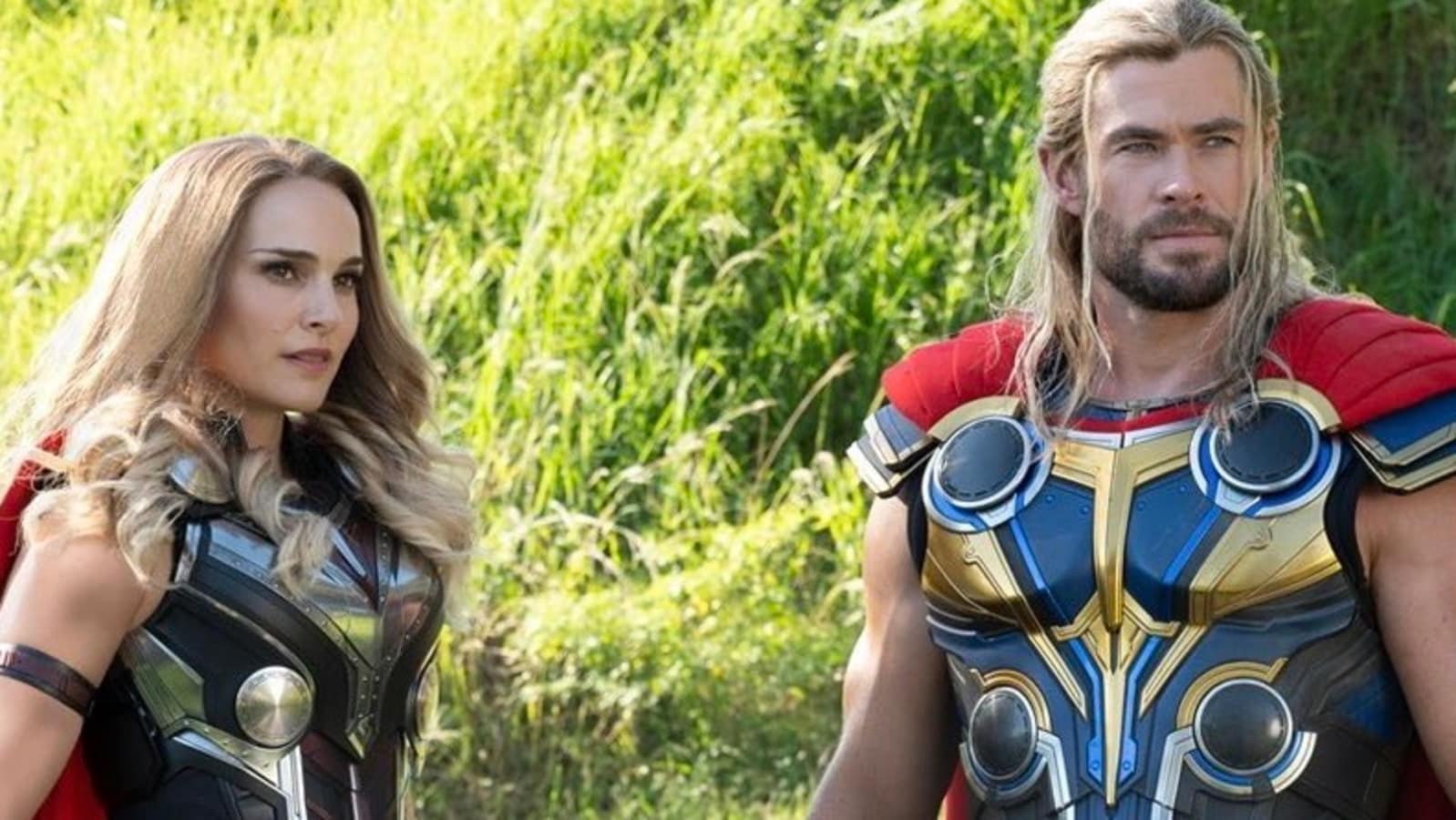 On Friday, Marvel Studios announced that their upcoming film Thor: Love and Thunder will release in India a full day before its release in the United States. According to an Instagram post by Marvel India, the film will now release in India on Thursday, July 7, while it releases in most international markets on July 8. Marvel fans reacted to this development with excitement with many expressing happiness that they will be able to catch the movie much before the rest of the world. Also read: Thor: Love and Thunder trailer introduces a terrifying Christian Bale as Gorr the God Butcher and some ‘nudity’. Watch

On Friday, Marvel India shared a poster of the film on Instagram. In the text on the poster, the film’s release date of July 8 was crossed out and a new date of July 7 was mentioned below. The caption with the post read, “Get ready for the ultimate ‘Thorsday’! Marvel Studios’ #ThorLoveAndThunder arrives in cinemas in India a day before, on the 7th of July.”

One fan commented on the post, “Super excited for Thor.” Another referred to the famous meme about times changing and wrote, “Ek dam inhone ne waqt badal diya jazbat badal diya par jo bhi kiya achha kiya (They changed the time and emotions suddenly but whatever they did, it was for the good.” Many fans said they were happy they would be able to avoid spoilers by watching it before the rest of the world.

Directed by Taika Waititi, the film is the fourth solo Thor film in the Marvel Cinematic Universe, starring Chris Hemsworth along with Tessa Thompson and Natalie Portman. Christian Bale makes his MCU debut as the film’s primary antagonist Gorr the God Butcher. The film has been a much-anticipated one as it sees Natalie’s Jane Foster gaining Thor’s powers and herself becoming the Mighty Thor. The film will release in English, Hindi, Tamil, Telugu, Kannada and Malayalam in India.