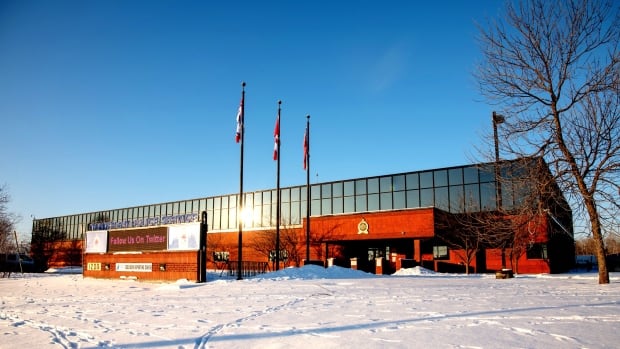 A member of the Thunder Bay Police Services Board announced Monday she’s taking a month’s leave of absence and has filed her third Ontario human rights complaint since October.

The complaint, by former board chair Georjann Morriseau, includes further allegations of racism and reprisal.

Morriseau told CBC News she’s taking the month’s leave of absence due to the ongoing issues she’s having with the police board, to concentrate on the ongoing court proceedings and her immediate family needs.

Morriseau is seeking $50,000 in compensation from both current board chair Kristen Oliver and secretary John Hannam, as well as $100,000 from each other respondent, including the City of Thunder Bay, the board and the public relations firm KPW Communications.

Morriseau’s lawyer, Chantelle Bryson, claims the impact that escalating events dating back to 2020 have had on her client has been “beyond description,” including an emotional toll that has resulted in economic losses and reputational harm.

“They’re doing these things in knowingly bad faith, without legal authority, and it’s one thing after another,” Bryson said.

Morriseau, former chief of Fort William First Nation, an Ojibway First Nation, filed her first complaint last fall based on the police service’s response to an August 2020 incident, when she was approached by a man claiming to be an officer who had evidence of another officer potentially leaking information.

Morriseau alleges she subsequently became the subject of an Ontario Provincial Police investigation that ultimately cleared her of any wrongdoing.

None of the claims in Morriseau’s previous Human Rights Tribunal of Ontario (HRTO) complaints or those of nine officers and two civilian employees have yet been tested in court.

Board ‘open’ to working with Morriseau: chair

The latest complaint alleges board members and their secretary have been illegally attempting to remove Morriseau since October, barring her from attending virtual news conferences, deliberately damaging her reputation, taking strategic actions without board approval, and refusing to add Morriseau’s items (including her concerns for her own safety) to meeting agendas.

“The board and the City of Thunder Bay have not met with [Morriseau] to address her concerns, they haven’t called for an investigation of these serious concerns,” Bryson said. “What they have done instead is to perpetually attack her in every single board meeting alleging wrongdoing on her behalf, which is completely illegitimate and false.”

In response to the complaint, KPW issued a written statement on behalf of Oliver to CBC News on Monday.

“We remain open to working with member Morriseau collaboratively to focus on the important work of transforming the police service and rebuilding trust with the community,” Oliver’s statement read.

Bryson claimed board members and their secretary have publicly inferred, without evidence, that Morriseau leaked privileged information to the Globe and Mail.

An integrity commissioner issued a report to the board in February that found two Globe and Mail articles “suggest that a member of the board has breached the board’s confidentiality,” and that if a complaint were filed and an investigation conducted, it could lead to “a recommendation for the severest of available penalties.”

That report implicates no board member by name and Principles Integrity, the firm acting as the board’s integrity commissioner, didn’t contact Morriseau in its investigation. Bryson alleged the inference amounts to “a retaliatory sham” against her client.

The complaint says Oliver and Hannam hired KPW without board approval, and the public relations firm proceeded to organize members of an advisory panel without the board’s input. KPW then released its plan to the media, including a list of panel members, prior to board approval, it says.

That panel, which the board approved at its March meeting, will evaluate the implementation of recommendations arising from two 2018 reports that found systemic racism in the Thunder Bay Police Service and oversight failure on behalf of the board.

Morriseau alleged online moderators blocked her from attending a news conference Oliver held earlier this month to respond to a new report on nine Indigenous deaths that was recommended in the Broken Trust report.

The new report found Thunder Bay police failed to secure scenes, interview witnesses or follow up with potential suspects, and left their families without closure. It also called for additional Indigenous death cases to be reinvestigated.

According to the KPW statement, that March news conference was run by police board staff, and “at no point was member Morriseau blocked from participating.”

The systemic racism previously documented in the police service’s culture is the same culture that is pushing back against its Indigenous board member’s calls for change, Bryson claims, referring to  Morriseau.

Two more investigations into local police have begun, but Bryson is growing concerned that one process might be turning against Morriseau, who issued the complaint that launched it.

While an OPP investigation continues, Bryson claims OCPC investigators haven’t requested interviews with any of her clients that are related to over 20 complaints they’ve filed against a senior officer.

Correspondence between Bryson and external investigative lead Ian Scott shows the OCPC is now requesting an interview with Morriseau, but is unwilling to share terms of reference that would divulge whether Morriseau is suspected of wrongdoing.

Morriseau was ill with COVID-19 last week when her interview was to have taken place. Bryson is advising her not to do the meeting until the OCPC can confirm what role she’s playing in its investigation.

“We’re not sure what to make of it at this point, but it certainly smells a lot like gross political interference to keep everyone in place and to look to deflect blame onto the complainants and, specifically, board member Morriseau,” Bryson said.