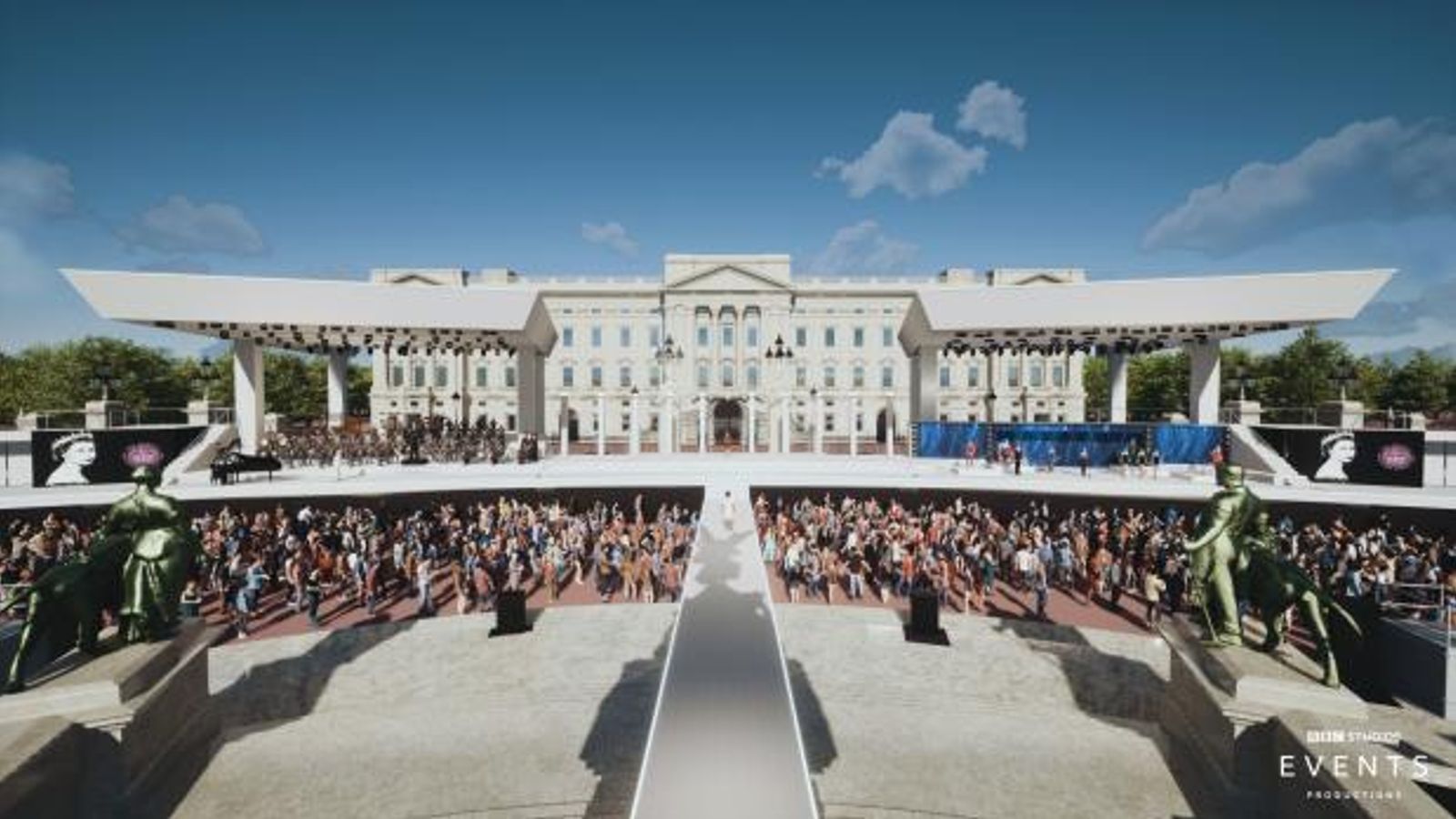 Weather warnings remain in place for much of the UK on Saturday morning, with some areas at risk of heavy rain, flooding and lightning strikes.

However a break in rainfall is expected to benefit concert-goers at the BBC’s Platinum Party at the Palace on Saturday night.

A yellow thunderstorm weather warning is in place for much of southern England until 10am on Saturday, with a risk of flooding, damage to building, lightning strikes, hail or strong winds.

A second weather warning could still be issued for heavy rain, hail, and lightning across southern and central England and Wales for the evening, but the Met Office has said it will review the situation on Saturday morning.

Check the weather forecast where you live

Met Office meteorologist Steven Keates said: “It will be late evening so I think for events in London I wouldn’t want to completely discount a shower for, say, the Party at the Palace.

“I think at the moment it looks like a mostly dry picture and quite pleasant conditions.”

Read more from Sky News:
Bank holiday programme of events for Her Majesty’s 70th year on the throne
Wales celebrates milestone but attitudes to Royal Family are changing

He added that those who remained out in the capital after the show faced an “increasing risk” of being caught in rain.

Scotland, meanwhile, is likely to see a sunny day with a high of 23C in the West Highlands and dry conditions continuing into Sunday.

Sunday is expected to remain wet across southern and central England and Wales, with rain moving north as the day goes on. As the rain moves away, southern England will see some sunshine.

Saturday will see warm temperatures of around 19C and sunshine in Northern Ireland, with some cloud in the south. On Sunday, the skies will get cloudier with potential for rain in southern parts.