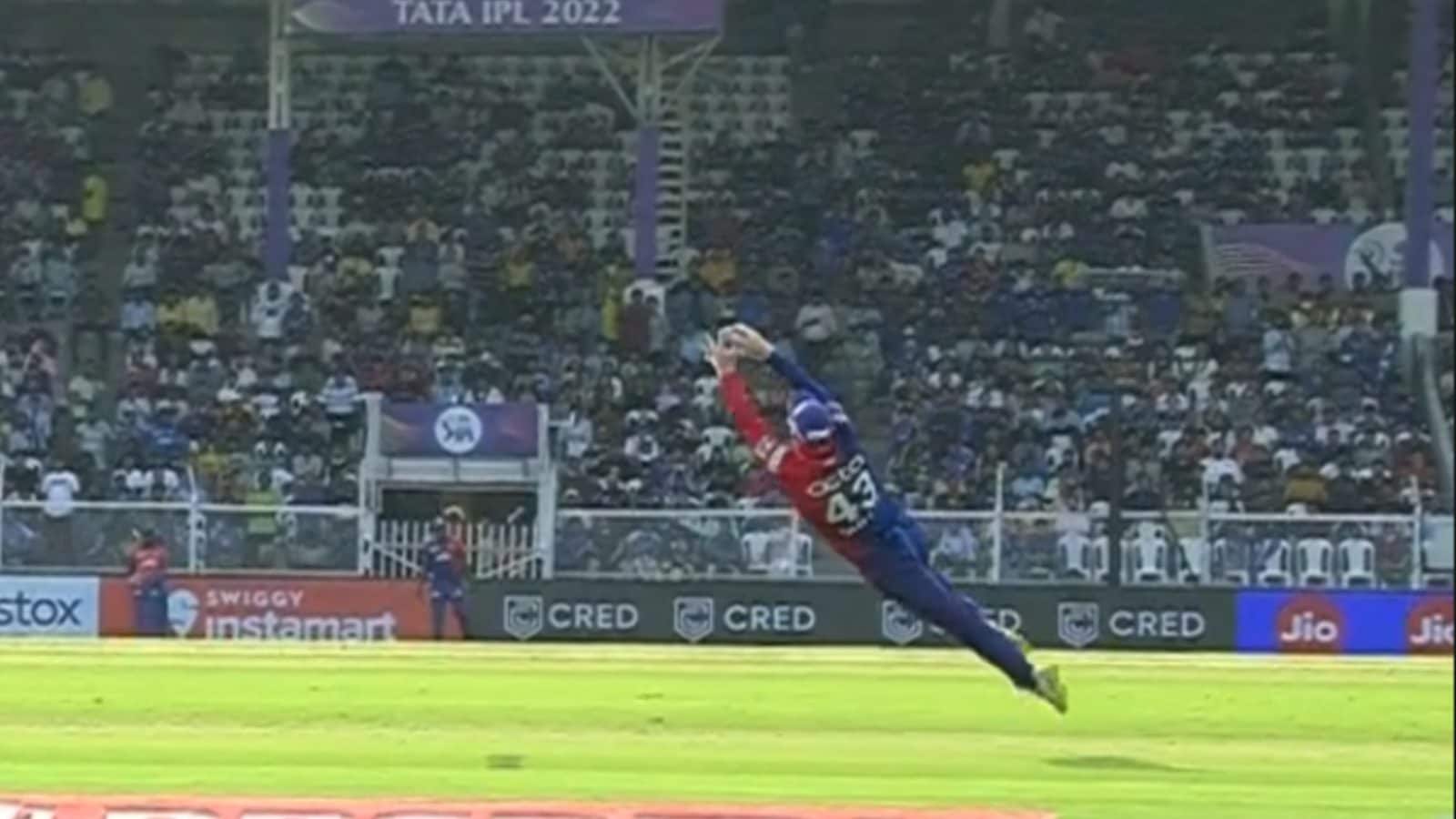 Delhi Capitals’ new recruit Tim Seifert gave an impressive account of his capabilities as he made debut for the franchise against five-time IPL winners Mumbai Indians on Sunday afternoon. Opening the innings for DC, Seifert scored 24 off 14 in a successful chase of 178 but before that he set the social media buzzing with his stunning catch earlier in the contest.

MI were primed for a late assault at the Barbourne Stadium in their season opener. Kieron Pollard had just arrived at the crease when DC captain Rishabh Pant slotted left-arm spinner Kuldeep Yadav into the attack for the 16th over.

Kuldeep dropped the fifth delivery short, enticing Pollard to go for the pull shot and the MI star obliged by rocking back and targeted midwicket. However, Seifert flew to his left with both hands stretched and got hold of the ball mid-flight to hand Kuldeep his third wicket of the contest, extinguishing a big threat.

Pollard had to walk back to the dug-out after having managed just three runs.

“Everything is good. Great way to start the campaign, for me and the team. It was entertaining  T20 cricket. We showed fighting courage, ” Seifert said after the match.

On his catch, the New Zealand cricketer said, “Sometimes you got to stick the mitts out. It was good to see the back of him early.”