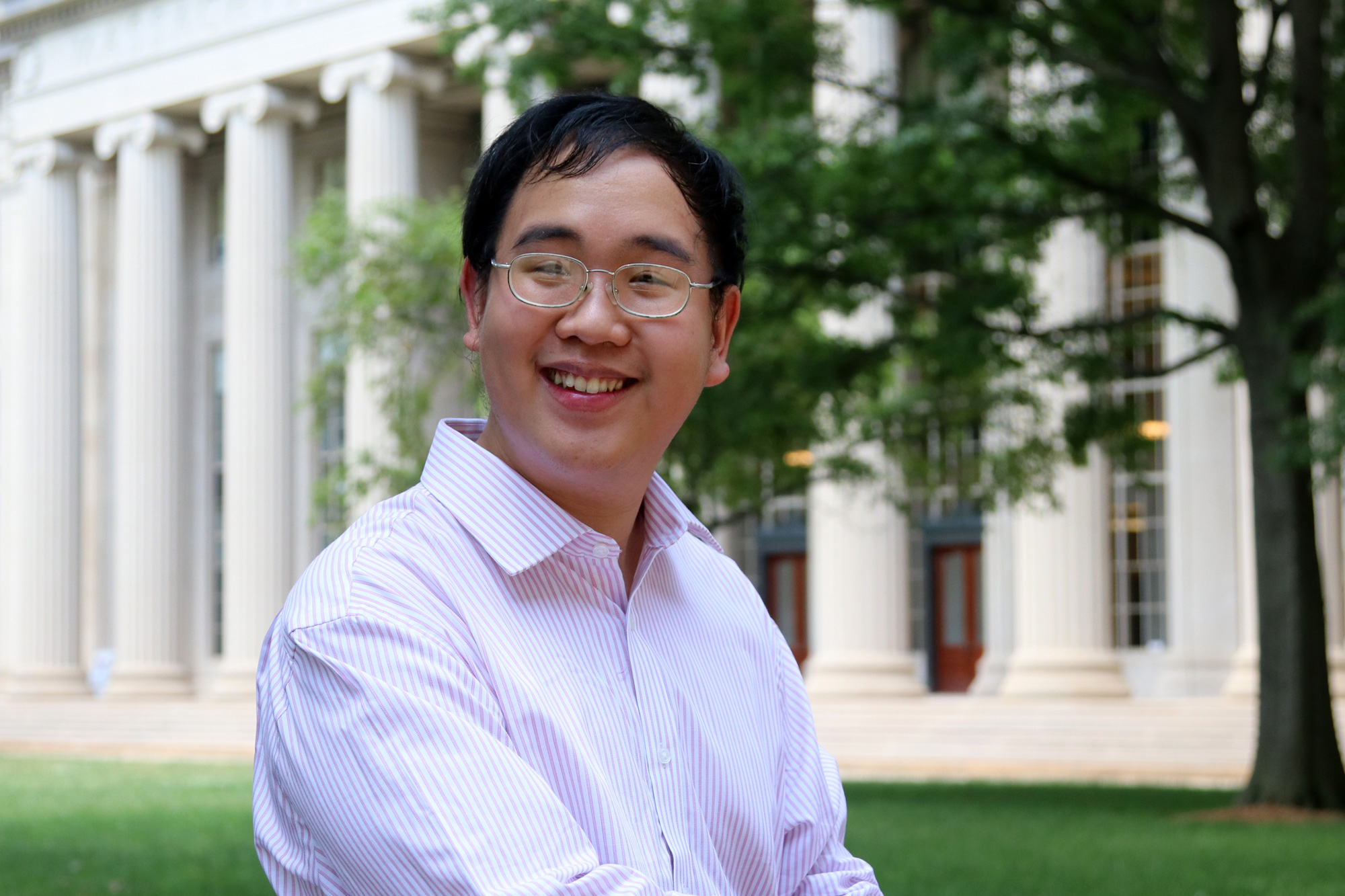 Thailand has become an economic leader in Southeast Asia in recent decades, but while the country has rapidly industrialized, many Thai citizens have been left behind. As a child growing up in Bangkok, Pavarin Bhandtivej would watch the news and wonder why families in the nearby countryside had next to nothing. He aspired to become a policy researcher and create beneficial change.

But Bhandtivej knew his goal wouldn’t be easy. He was born with a visual impairment, making it challenging for him to see, read, and navigate. This meant he had to work twice as hard in school to succeed. It took achieving the highest grades for Bhandtivej to break through stigmas and have his talents recognized. Still, he persevered, with a determination to uplift others. “I would return to that initial motivation I had as a kid. For me, to make even the smallest contribution to improving my country would be my dream,” he says.

“When I would face these obstacles, I would tell myself that struggling people are waiting for someone to design policies for them to have better lives. And that person could be me. I cannot fall here in front of these obstacles. I must stay motivated and move on.”

Bhandtivej completed his undergraduate degree in economics at Thailand’s top college, Chulalongkorn University. His classes introduced him to many debates about development policy, such as universal basic income. During one debate, after both sides made compelling arguments about how to alleviate poverty, Bhandtivej realized there was no clear winner. “A question came to my mind: Who’s right?” he says. “In terms of theory, both sides were correct. But how could we know what approach would work in the real world?”

A new approach to higher education

The search for those answers would lead Bhandtivej to become interested in data analysis. He began investigating online courses, eventually finding the MIT MicroMasters Program in Data, Economics, and Development Policy (DEDP), which was created by MIT’s Department of Economics and the Abdul Latif Jameel Poverty Action Lab (J-PAL). The program requires learners to complete five online courses that teach quantitative methods for evaluating social programs, leading to a MicroMasters credential. Students that pass the courses’ proctored exams are then also eligible to apply for a full-time, accelerated, on-campus master’s program at MIT, led by professors Esther Duflo, Abhijit Banerjee, and Benjamin Olken.

The program’s mission to make higher education more accessible worked well for Bhandtivej. He studied tirelessly, listening and relistening to online lectures and pausing to scrutinize equations. By the end, his efforts paid off — Bhandtivej was the MicroMasters program’s top scorer. He was soon admitted into the second cohort of the highly selective DEDP master’s program.

“You can imagine how time-consuming it was to use text-to-speech to get through a 30-page reading with numerous equations, tables, and graphs,” he explains. “Luckily, Disability and Access Services provided accommodations to timed exams and I was able to push through.”

In the gap year before the master’s program began, Bhandtivej returned to Chulalongkorn University as a research assistant with Professor Thanyaporn Chankrajang. He began applying his newfound quantitative skills to study the impacts of climate change in Thailand. His contributions helped uncover how rising temperatures and irregular rainfall are leading to reduced rice crop yields. “Thailand is the world’s second largest exporter of rice, and the vast majority of Thais rely heavily on rice for its nutritional and commercial value. We need more data to encourage leaders to act now,” says Bhandtivej. “As a Buddhist, it was meaningful to be part of generating this evidence, as I am always concerned about my impact on other humans and sentient beings.”

Staying true to his mission

Now pursuing his master’s on campus, Bhandtivej is taking courses like 14.320 (Econometric Data Science) and studying how to design, conduct, and analyze empirical studies. “The professors I’ve had have opened a whole new world for me,” says Bhandtivej. “They’ve inspired me to see how we can take rigorous scientific practices and apply them to make informed policy decisions. We can do more than rely on theories.”

The final portion of the program requires a summer capstone experience, which Bhandtivej is using to work at Innovations for Poverty Action. He has recently begun to analyze how remote learning interventions in Bangladesh have performed since Covid-19. Many teachers are concerned, since disruptions in childhood education can lead to intergenerational poverty. “We have tried interventions that connect students with teachers, provide discounted data packages, and send information on where to access adaptive learning technologies and other remote learning resources,” he says. “It will be interesting to see the results. This is a truly urgent topic, as I don’t believe Covid-19 will be the last pandemic of our lifetime.”

Enhancing education has always been one of Bhandtivej’s priority interests. He sees education as the gateway that brings a person’s innate talent to light. “There is a misconception in many developing countries that disabled people cannot learn, which is untrue,” says Bhandtivej. “Education provides a critical signal to future employers and overall society that we can work and perform just as well, as long as we have appropriate accommodations.”

In the future, Bhandtivej plans on returning to Thailand to continue his journey as a policy researcher. While he has many issues he would like to tackle, his true purpose still lies in doing work that makes a positive impact on people’s lives. “My hope is that my story encourages people to think of not only what they are capable of achieving themselves, but also what they can do for others.”

“You may think you are just a small creature on a large planet. That you have just a tiny role to play. But I think — even if we are just a small part — whatever we can do to make life better for our communities, for our country, for our planet … it’s worth it.”