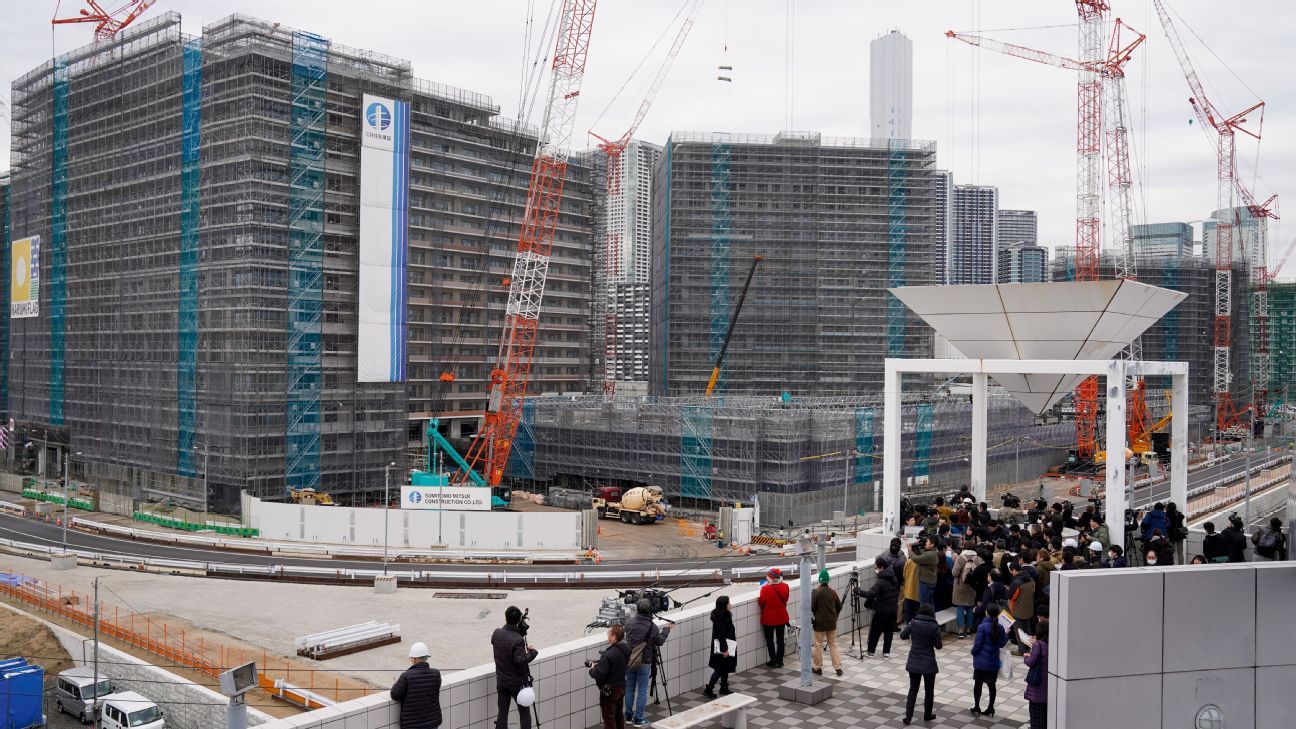 TOKYO — The Olympic Village has traditionally been a fun place to be, housing thousands of young athletes and staff ready to party and share a few beers and bubbly toasts.

But not at the Tokyo Olympics, which are to open in just over six weeks amid a pandemic. These are going to be the “no cheers” Olympics, with testing and vaccinations taking priority over fun and games.

It’s not clear if alcohol will be allowed in the village, which will house 11,000 Olympic athletes and 4,400 Paralympians. Organizers say they have yet to decide on a policy, which is expected by the end of the month.

Toshiro Muto, the CEO of the Tokyo organizing committee, said Wednesday that it might be difficult to ban alcohol from the athletes’ private rooms in the village, but public areas in the village might be a different matter.

“In the case that they were to drink inside their own rooms — this is equivalent to cases where we are drinking in our own home.” Muto said, speaking to Japanese media after an online meeting with the International Olympic Committee executive board.

“Can we prohibit that? That’s not conceivable,” Muto added. “It would be very difficult to do so.”

But Muto said alcohol might be banned from dining areas and other public areas in the village.

Tokyo and much of the rest of the country is under a state of emergency, with many bars and restaurants closing early and banning alcohol sales. The emergency order ends June 20, and it’s not clear if it will be extended.

Depending how the question is asked, 50-80% of Japanese people oppose holding the Olympics. If the state of emergency is extended, many Japanese residents might not be happy seeing athletes partying in the village when regular citizens cannot do the same in local pubs.

New cases have been falling in Tokyo over the past several weeks. Japan overall has attributed about 14,000 deaths to COVID-19, good by global standards but not as good as some Asian neighbors.

“We have not yet clearly decided on the [alcohol] policy,” Muto said. “We hope to do so by the end of this month.”

Looking for more fun? There’s the matter of GPS monitoring.

Muto said athletes, media, broadcasters and other attendees will have to sign papers allowing organizers to use GPS to monitor their movements at the Olympics through smartphones.

Athletes will be isolated in a bubble in the village and are expected to stay there or be in a similar bubble at venues or training sites.

Everyone else entering Japan for the Olympics will be tested twice before leaving home and upon arrival in Japan. They will have to agree to limit their movements for the first 14 days and submit an activity plan.

“We are not going to monitor at all times the behavior,” Muto said. “It’s not for that purpose. The thing is, though, if there should be issues pertaining to their activity then, since the GPS function will be on, we’ll be able to verify their activities.”