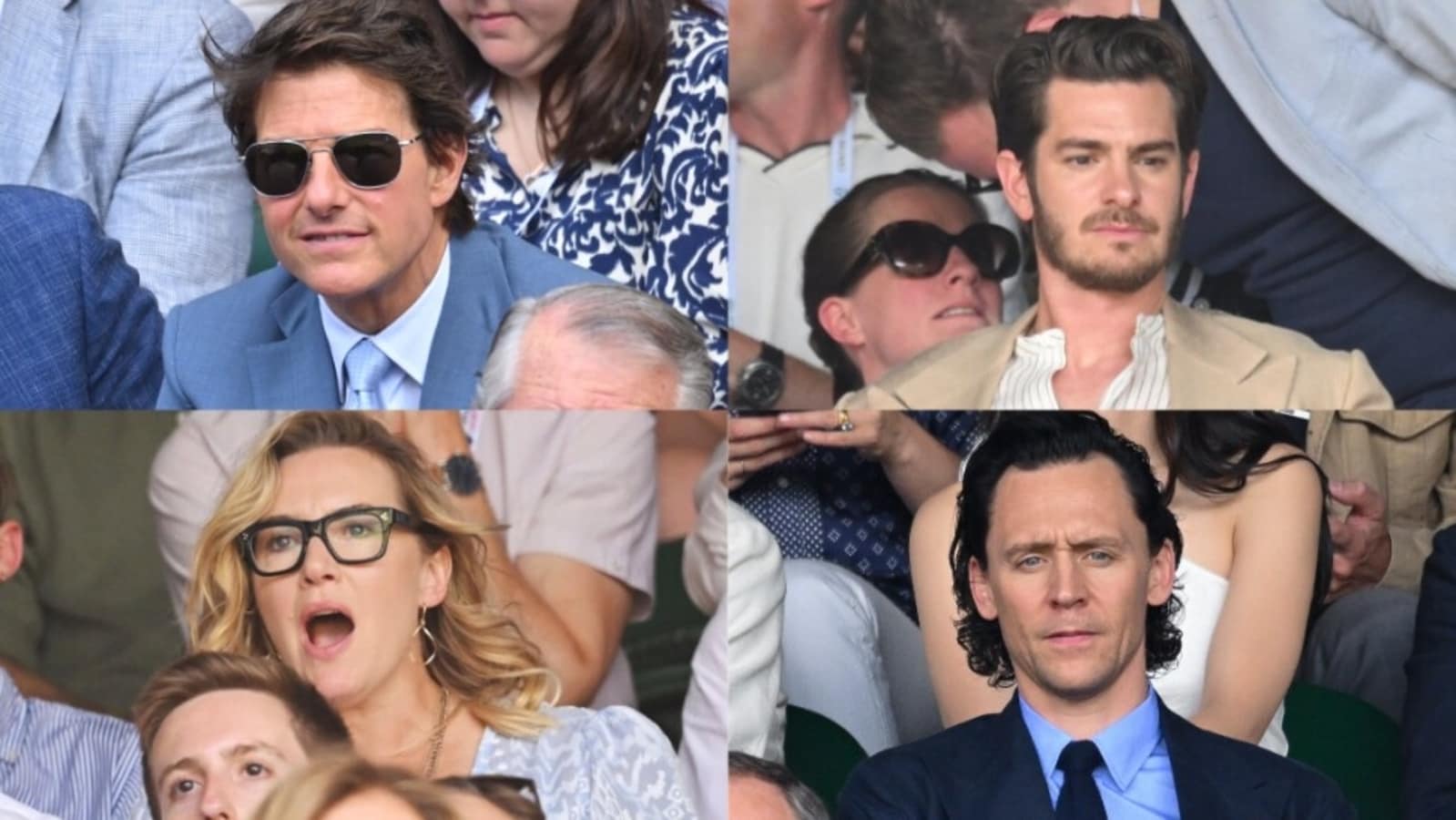 Actors Tom Cruise, Kate Winslet, Andrew Garfield, Tom Hiddleston, Matt Smith, Jason Statham and Rosie Huntington-Whiteley were among the celebrities who attended the Wimbledon Men’s singles final. Taking to Twitter on Sunday, a user posted a photo of Tom Cruise posing for a selfie with a fan. For the match, Tom Cruise wore a white shirt, blue tie and matching suit and pants. He accessorised with dark sunglasses as he smiled for the picture. In another post, the actor watched the match as he sat in the audience. (Also Read | Tom Cruise celebrates 60th birthday at Formula 1 British Grand Prix)

Taking to its Twitter account, The Championships, Wimbledon also posted several pictures of the celebs. In one of the pictures, Andrew Garfield stood up and looked in front of him. The actor was dressed in a striped shirt, brown blazer and pants. Tom Hiddleston sat in the audience as he enjoyed the match wearing a blue shirt, navy blue blazer and pants and also added a tie.

Jason and Rosie sat next to each other as they watched the game. While he wore a white and blue outfit, Rosie opted for a white dress. In a photo, Jason made a face and Rosie smiled, looking ahead. The pictures were shared with the caption, “Stars of the big screen watch the action unfold #Wimbledon | #CentreCourt100.” WTA also posted a photo of Tom Cruise at the match and wrote, “I feel the need… the need for tennis. Thanks for dropping in, @TomCruise #Wimbledon.”

The Crown and Doctor Who star Matt wore a white shirt and matching pants. Kate Winslet also posed for pictures as she attended the match. She opted for a blue and white outfit for the game.

The match was between Novak Djokovic and Nick Kyrgios with the former securing a fourth successive Wimbledon title with a 4-6 6-3 6-4 7-6(3) victory on Sunday. In claiming a seventh Wimbledon crown, Novak took his Grand Slam singles haul to 21, one behind men’s all-time record holder Rafa Nadal.