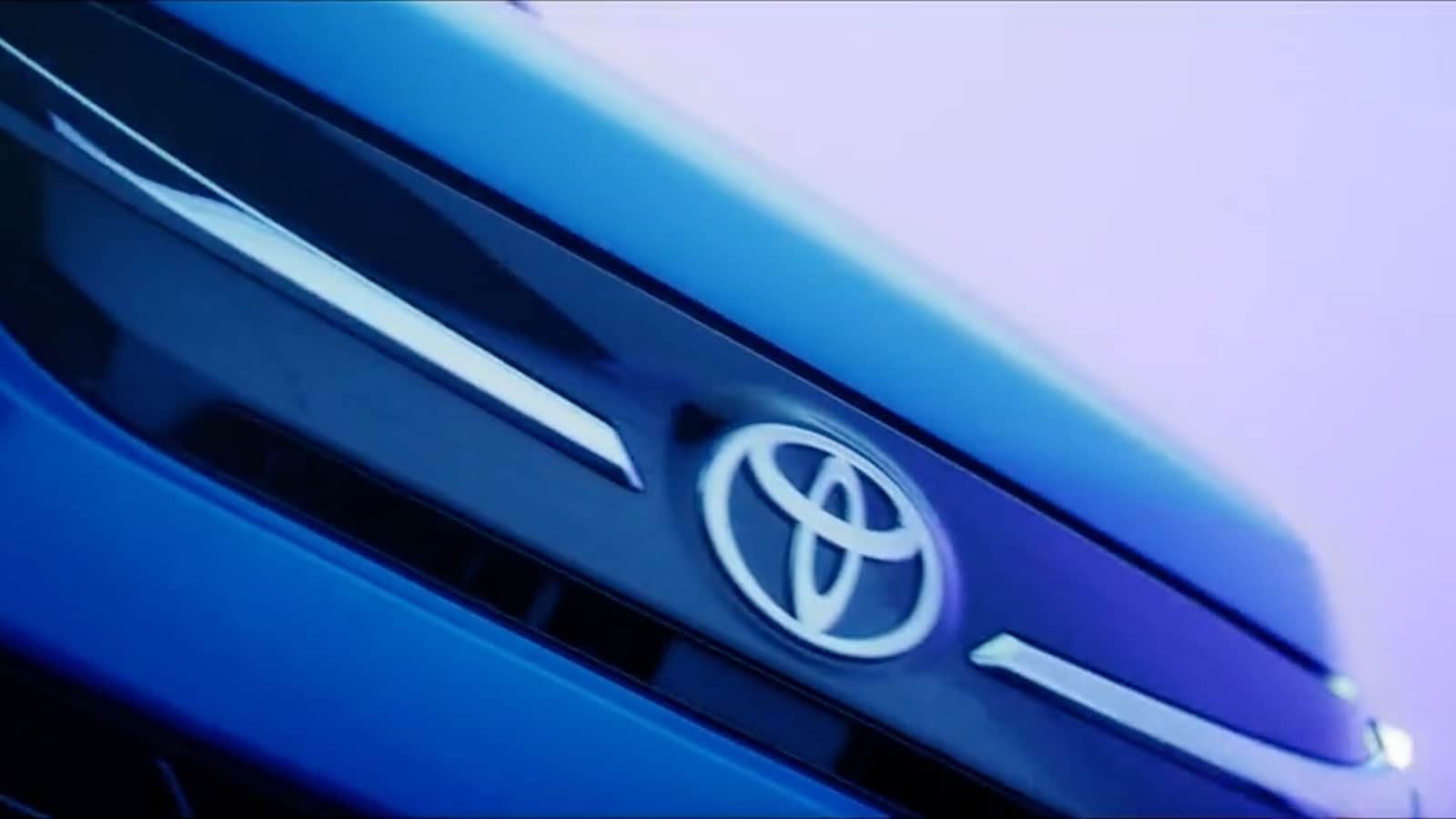 Toyota will introduce the Hyryder SUV on July 1 in India. It will come with hybrid technology. The Hyryder SUV will also form the base of upcoming Maruti Suzuki SUV that will rival Hyundai Creta and Kia Seltos.

Toyota Motor is all set to drive in the new Hyryder compact SUV in India on July 1. Ahead of the official debut, the carmaker has teased the Hyruder SUV. The short teaser video shows the new Hyryder SUV in flesh publicly for the first time. When launched, the Toyota Hyryder SUV will take on rivals such as Hyundai Creta, Kia Seltos, Tata Harrier among others.

The video shows that the SUV will get sleek LED headlight units, a slim grille with Toyota badging, LED taillights among its design highlights. The Toyota Hyryder SUV will also come with hybrid technology, showcased by the badging on the side of the SUV.

Earlier, leaked images shared on social media showed the Toyota Hyryder in production form during a commercial shoot. The teaser video as well as the leaked images confirm that the 2022 Hyryder SUV will come with a bold front fascia with sleek and curvy headlamps, and integrated LED daytime running lights. The headlamps come with a sleek chrome trim that connects the brand logo positioned at the centre of the front profile. The front bumper appears bold looking with a large air intake and flanked by fog lamps positioned at the black housing.

Toyota Hyryder is expected to be based on the Japanese carmaker’s TNGA-B modular monocoque platform. The Hyryder SUV will be manufactured locally at the Bidadi facility in Karnataka.

Toyota has not revealed any detail about the specification of the Hyryder SUV yet. However, it is expected to be powered by the 1.5-litre petrol engine with hybrid technology sourced from Maruti Suzuki. The engine is likely to come mated to a six-speed manual and a six-speed automatic transmission unit.

The upcoming Toyota Hyryder SUV will also give a hint at what the Maruti Suzuki’s Creta, Seltos rival SUV will look like. Maruti Suzuki will launch its compact SUV later this year. The Hyryder, along with Maruti’s upcoming compact SUV, are expected to spice things up in the compact SUV segment dominated by the Korean carmakers.