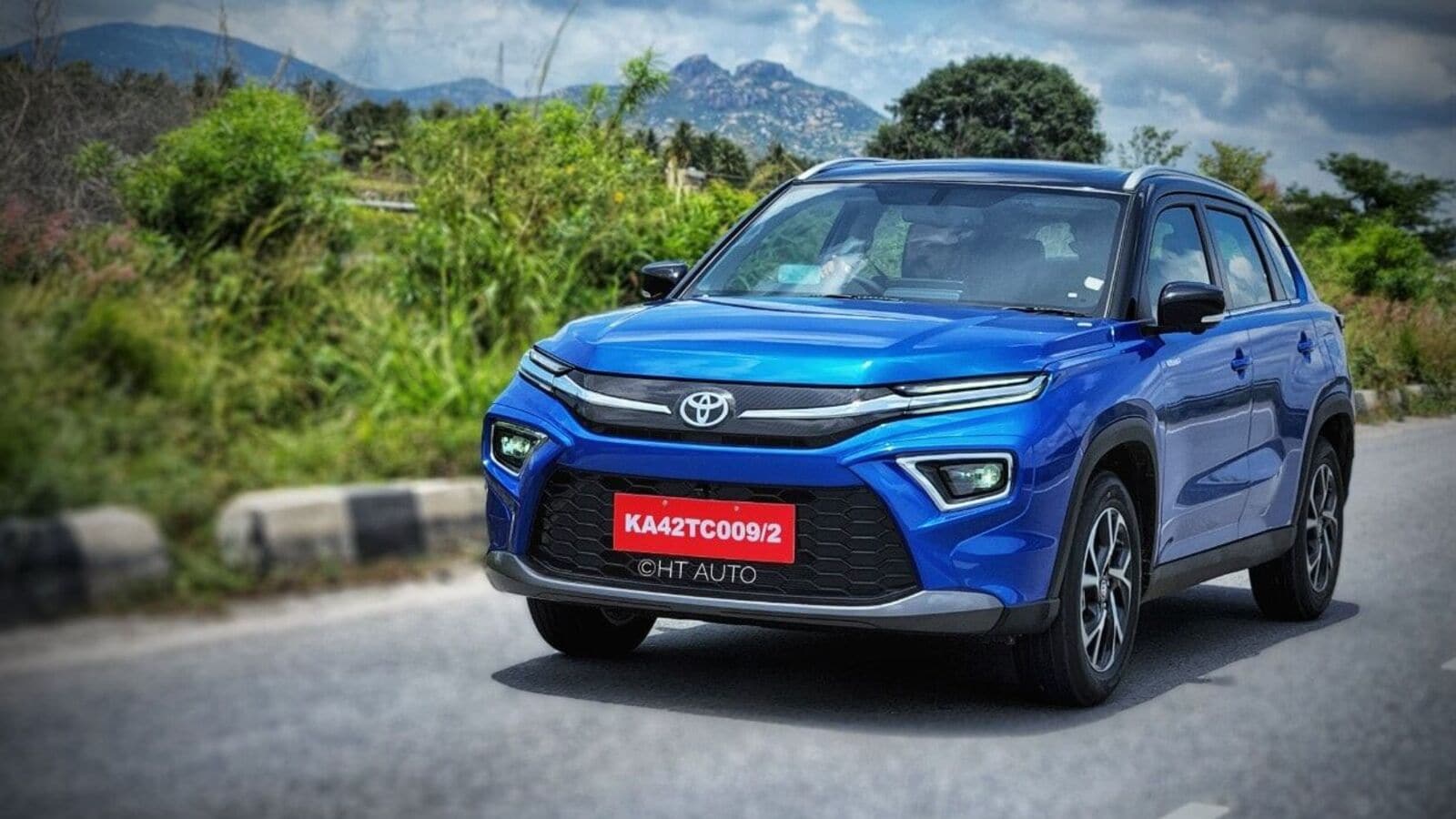 Toyota Kirloskar Motor has revealed the prices of the top four variants of the Urban Cruiser Hyryder. As of now, the prices of Urban Cruiser Hyryder start at ₹15.11 lakh (ex-showroom) and go up to ₹18.99 lakh (ex-showroom). These prices are for the strong hybrid variants and top-spec mild-hybrid variants. The SUV was revealed back in early July and the rest of the prices will be revealed in a phased manner. Below is the variant-wise price list.

The Urban Cruiser Hyryder is being offered in two petrol engine options. The mild-hybrid engine is the same one that is doing duty on Maruti Suzuki vehicles. It is a 1.5-litre, four-cylinder engine that produces 103 hp of max power and 137 Nm of peak torque. Transmission options include a 5-speed manual gearbox or a 6-speed torque converter automatic transmission. Toyota calls this engine ‘Neo Drive’. Moreover, Toyota is also offering an all-wheel drive system with this engine but only with the manual gearbox.

Then there is the strong hybrid engine made by Toyota. It is a 1.5-litre unit, three-cylinder engine that runs the Atkinson cycle. It produces 92 hp and 122 Nm. There is an additional electric motor that produces 79 hp and 141 Nm. Combined the power output is rated at 114 hp. Toyota is claiming a fuel efficiency figure of 27.97 kmpl.