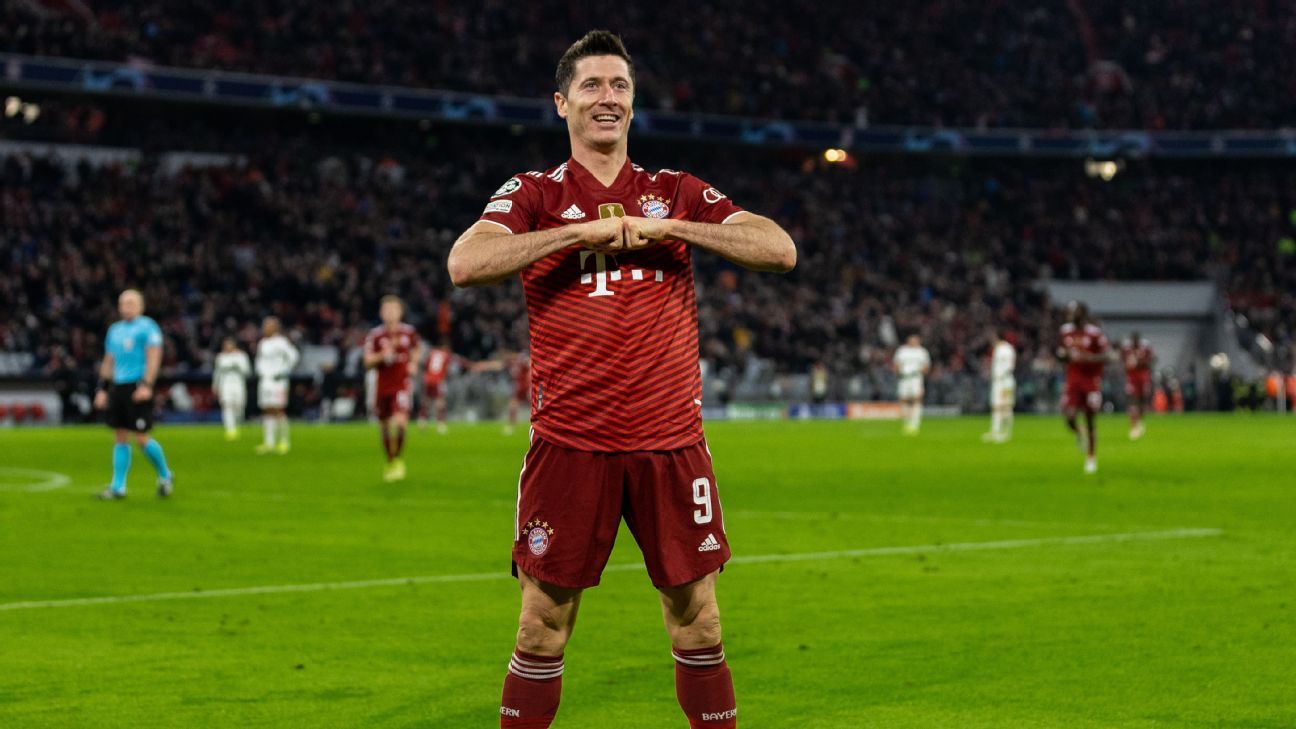 Bayern Munich striker Robert Lewandowski is eyeing a move to Real Madrid this summer, says AS.

The 33-year-old is entering the last 18 months of his contract at the Bavarian club, with the report claiming that the Poland international has turned down contract offers from Bayern in order to leave this summer.

Lewandowski has continued to break goal-scoring records in the Bundesliga, beating Gerd Muller’s single-season mark with 43 goals in the 2020-2021 season. The forward has picked up where he left off, scoring 24 goals in 21 appearances so far this campaign.

Los Blancos have been made a priority for the player, but the club reportedly view him as a second option should they not land Erling Haaland in the summer.

Haaland, 21, has been linked with many top clubs for the summer, with a rumoured £75 million release clause in his contract. While Real Madrid are one of those clubs, reports claim that their move for Kylian Mbappe on a free transfer might rule out a move for the Norway forward because of financial constraints.

That could open the door for Lewandowski, whose representatives are pushing for a move to the Spanish capital at the end of the season.

The 23-year-old can play at both centre-back and left-back and has started the majority of the Cherries’ games in the Championship this season. His contract on the south coast expires in 2024, and he could join the likes of Dan Burn and Kieran Trippier at the back, both of whom made the move to the Magpies in January.

The 21-year-old has become an important player for Los Blancos this year, stepping up with 12 goals and six assists in 21 LaLiga appearances this season. The Brazil international’s deal runs until 2024, though the club are looking to extend his stay until 2027.

Nunez, 22, has impressed this season, with West Ham United reportedly making a late move for the striker. The club is not willing to move him on for less than €50m, according to the report, with his deal at the Portuguese club lasting until 2025.

– Juventus are looking to strengthen their defensive options in the summer, and Calciomercato reports that the club are interested in Antonio Rudiger and Gleison Bremer.

Rudiger, 28, is a free agent in the summer and has been linked with a number of top European clubs. The Bianconeri are said to have joined the race for the Germany international. There is also Torino defender Bremer, who has become a key player for the Serie A side, with his deal there running until 2024.

– Barcelona are looking to move on three strikers in the summer, according to Sport.

The report claims that Memphis Depay, Martin Braithwaite and Luuk de Jong are all free to leave the club due to their large squad in the attacking areas. De Jong, 31, is on loan from Sevilla with an option of a permanent deal, however, they are not set to activate it. Braithwaite and Depay have deals that run longer for the Blaugrana, with the club looking to move them on amid their financial distress and a squad rebuild from Xavi Hernandez.