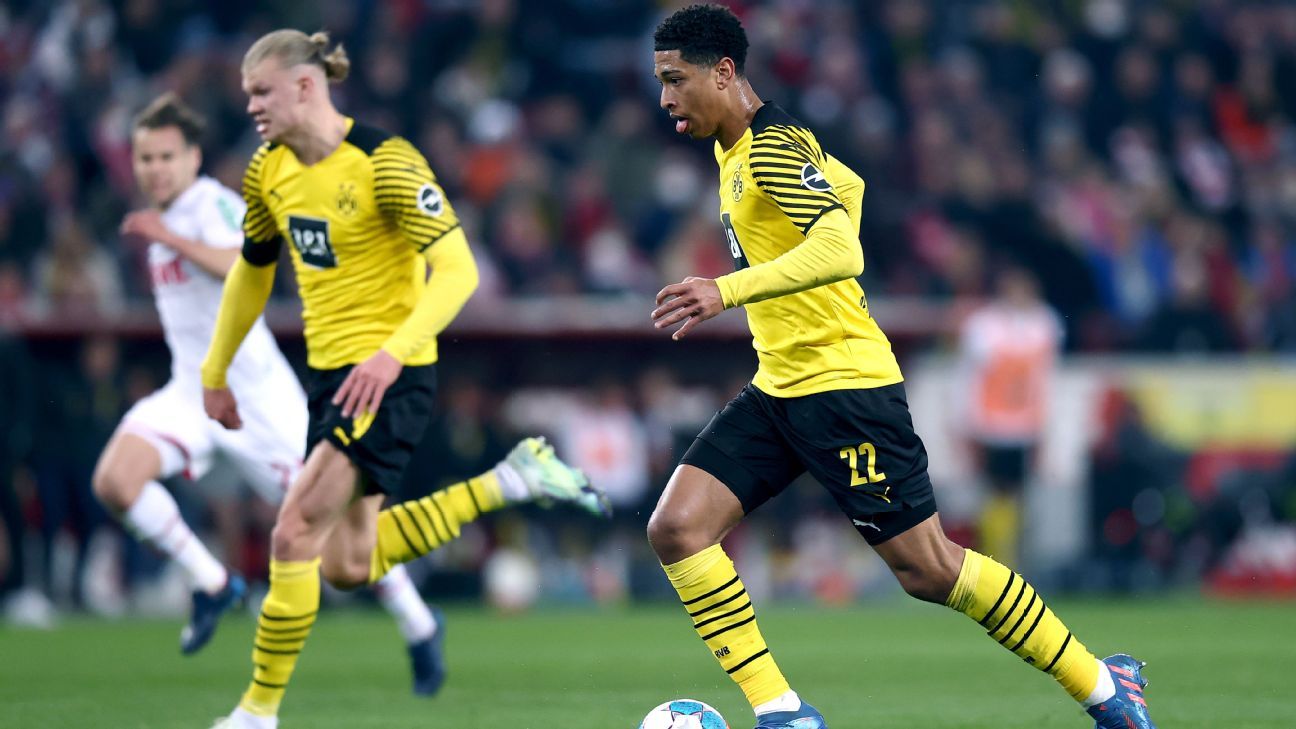 TOP STORY: Bellingham to the Bernabeu?

Real Madrid have identified Jude Bellingham as a target in 2023, according to Bild.

The 18-year-old Borussia Dortmund star is seen as an ideal replacement for the 36-year-old Luka Modric as Real Madrid manager Carlo Ancelotti looks to re-structure the midfield.

It is reported that any deal could cost in the region of €100 million if the LaLiga side are to sign Bellingham, though they could risk the deal by waiting, with Liverpool recently linked with a potential move for the England international.

Bellingham has remained a key player for BVB this season and has contributed to 10 goals in 25 Bundesliga appearances, and he is currently contracted at Signal Iduna Park until 2025.

– Bayern Munich have identified Christopher Nkunku as a potential replacement for Serge Gnabry, reveals Sport1. The Bundesliga club have been unable to reach an agreement on personal terms with Gnabry who is set to be out of contract in the summer of 2023, and they are now looking to RB Leipzig star Nkunku. The 24-year-old has been one of the most productive players in Europe this season, contributing to 36 goals in 39 matches. It is reported that a fee of around €70m will be required to secure his signature.

– Atletico Madrid are keen to land Paulo Dybala with the Juventus star set to become a free agent in the summer. According to Mundo Deportivo, Atleti manager Diego Simeone has told the Wanda Metropolitano hierarchy of his desire to land the 28-year-old Argentina forward. Internazionale are also reported to be interested in Dybala.

– Philippe Coutinho is willing to take a paycut to continue his career at Aston Villa, reveals Ekrem Konur. The 29-year-old attacking midfielder has enjoyed a bright start to life at Villa Park working under manager and former Liverpool teammate Steven Gerrard, and it looks as though he wants to remain at the club beyond the summer. Coutinho currently has a €40m option clause that Aston Villa can activate to make his move from Barcelona become permanent.

– Liverpool have agreed a deal in principle to sign Fulham star Fabio Carvalho in summer, according to Football Insider. The Premier League side had previously looked to sign the 19-year-old star in January, but it now looks as though they have reached an agreement to sign him as a free agent despite interest from Real Madrid.

– AS Roma are planning for the transfer of multiple stars this summer, writes La Gazzetta dello Sport. Justin Kluivert, Alessandro Florenzi, Cengiz Under, and Pau Lopez are all expected to part ways with the Giallorossi, as Jose Mourinho’s side looks to raise funds ahead of a number of summer moves. The club is hopeful of raising the most by moving on 22-year-old Kluivert, whose transfer could reach €35m.