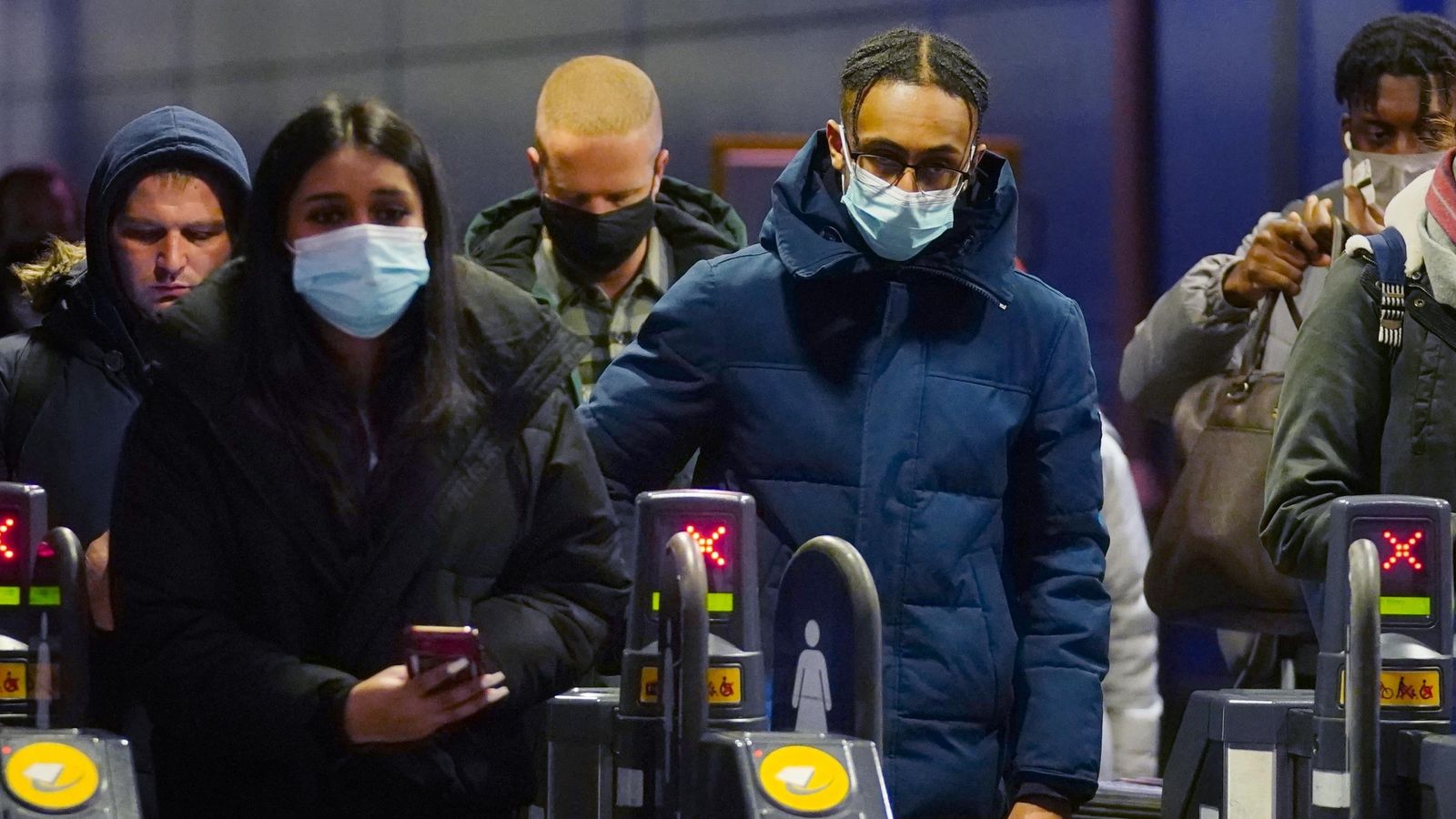 A total of 3,996 Fixed Penalty Notices (FPNs) were issued to people for failing to comply with the requirement to wear a face covering between February 24 2021 and January 27 2022.

In the same time period, TfL prevented 7,283 people from travelling and directed 2,325 people to leave the network.

TfL announced that face coverings would stop being compulsory from February 24 of this year.

They did not record face covering compliance activity between January 27 2022 and February 24 2022.

The data was published after a question directed at the mayor from a London Assembly member.

Mr Khan said: “The safety of Transport for London’s (TfL’s) customers and staff is always its top priority.

“A range of measures helped to ensure customers can travel safely and confidently on TfL’s services during the pandemic, including requiring face coverings as a condition of carriage both before and after they were a legal requirement, and continuing to strongly encourage them today.”