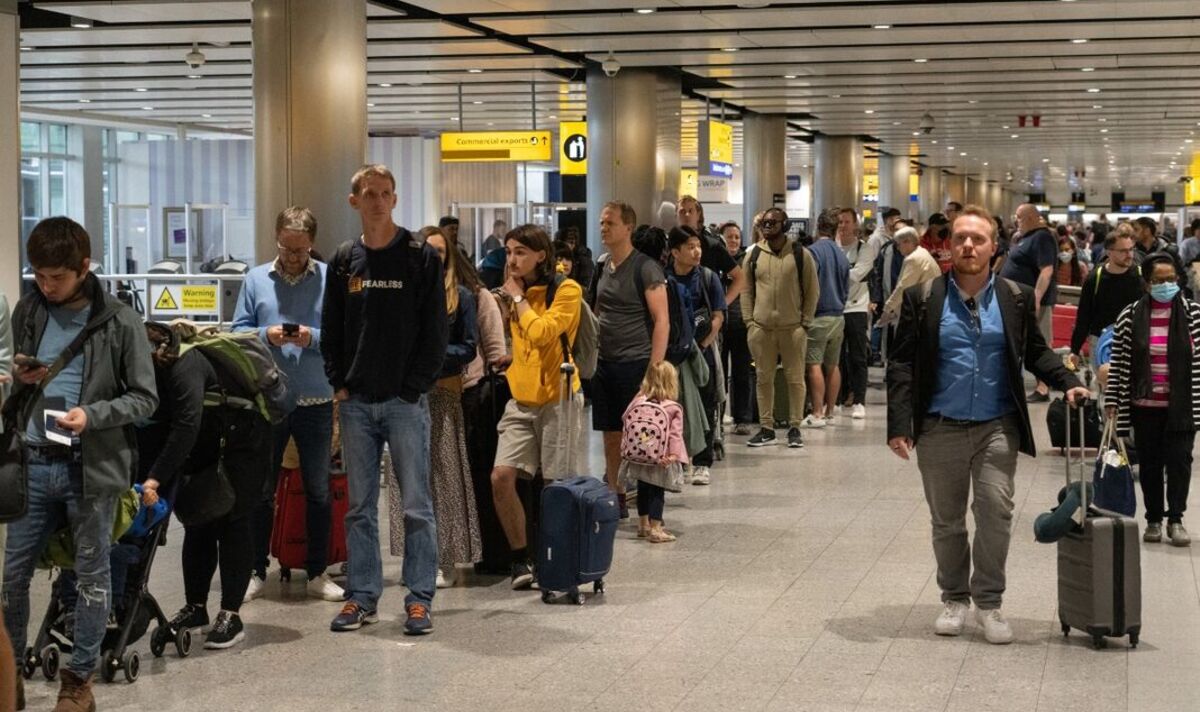 Evan Day, KAYAK UK country manager, shared his top tips to avoid the “Christmas travel rush” this year. Many British people will be trying to reach friends and family this Christmas.

Evan said: “With the announced strike actions and weather disruptions, allow yourself more time to arrive at the airport than usual to avoid extra stress.

“As a rule of thumb, at least two hours for domestic flights and three hours for international flights.

“And if you can, pack hand luggage, only so you can head straight to security control. Fast-track security is also now something to consider over the next few weeks.

“Most major airports in the UK now offer it for a small fee, which can be worth the money during high-peak periods, especially if you are travelling with small children.”

Although flying hand luggage only might be a struggle, it can save a lot of time when it comes to check in.

However, passengers can also drop their bags off the night before at some airports which could save stress.

“While it’s not always the cheapest option, adding flexible cancellations of flight change options will give you peace of mind that you can get your money back.

“I’d also advise paying on a credit card to give you an extra layer of protection, as many credit card companies now offer some type of travel coverage such as trip cancellations, lost baggage and flight accidents.

“If you do face a cancellation or delay that qualifies for reimbursements, see if you can get money back rather than a voucher.

“Vouchers can often come with a host of restrictions that actually make them less convenient.”

READ MORE: Morocco soars in popularity as a holiday destination

Some airlines will offer a voucher instead of a refund but this could be inconvenient if a customer’s trip was time sensitive.

If possible, it may be a better option to take a refund as the passenger won’t face any restrictions on rebooking.

Evan added: “If you still can, opt for off-peak travel during the festive period. Weekends tend to be busier than mid-week, and there are usually less crowds in the early morning and late evenings.

“Rather than jetting off right after Boxing Day, consider waiting a few days after the Christmas travel rush.

“For instance, according to our data, New Year’s Eve departures have considerably less flight searches than the days leading up to it, and this tends to carry on during the first week of January, so you might have better odds at avoiding long queues and delays by travelling during these times.”

Many people don’t want to fly on New Year’s Eve, so easygoing holidaymakers could snatch up a deal.

The first week of January is also usually less popular for holidays and airports may be less busy.

The military may be drafted in to help cover Border Force industrial action at some airports.