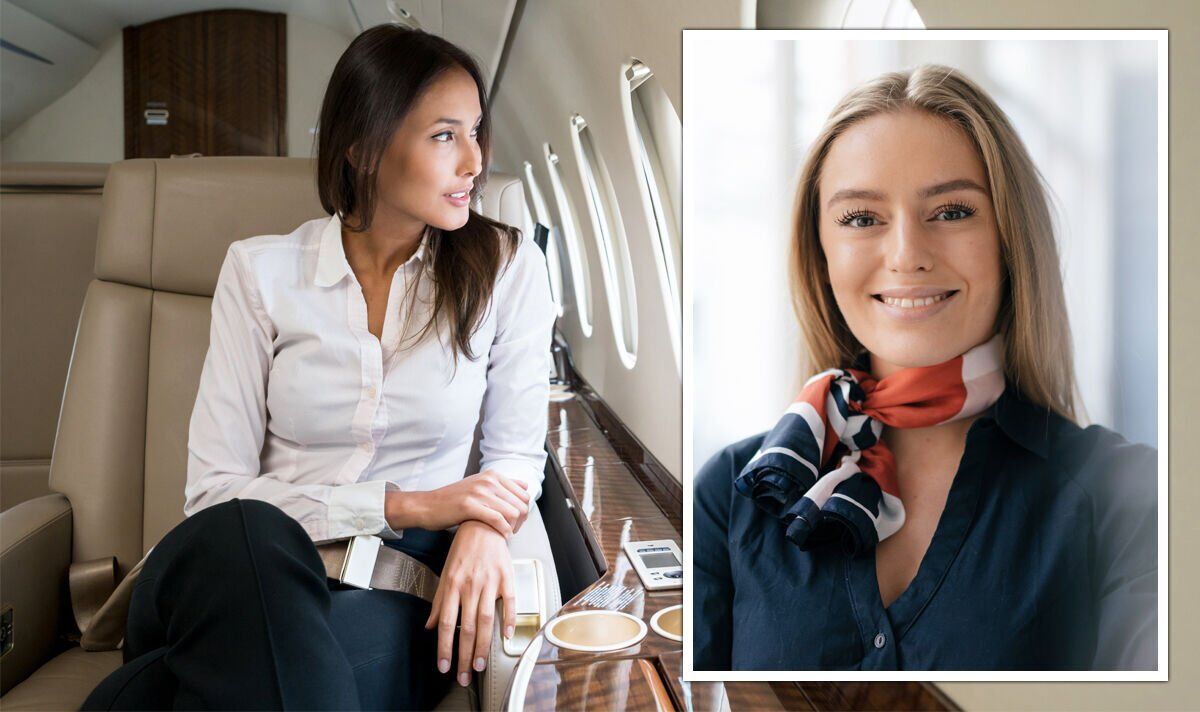 There are things people can do to boost the chances of getting upgraded when they fly. Airlines do sometimes issue upgrades to passengers, and certain behaviours can put you in, or knock you out of, the running for a First Class seat.

Travel influencer Ceara Kirkpatrick posted the trick, which she learned from a flight attendant. The content creator posted the tip on her TikTok account, where she has 287k followers and a huge 9.4 million likes.

The videographer and photographer, who also shared her travel advice and insights on her Instagram account @cearakirk, managed to extract the tip from a member of cabin crew. It might not be good news for those who like to travel in the comfiest clothes possible, however.

Ceara told her followers: “I became friends with a flight attendant a few weeks ago, and we had a three-hour car ride together so I trapped him and I said, tell me everything I need to know about being a good flyer. He said, ‘What do you want to know?’

“I said, ‘What are the tips, what are the tricks, what the insider scoop?’ He said, ‘You need to look nice on every single flight.'”

READ MORE: ‘Always used to get me’ Don’t get caught out by ‘banned’ everyday hand luggage items

Ceara claimed the flight attendant told her that how you dress is key, it could even be the only reason you get a better seat.  She said: “When you check in, they will literally mark you as suitable for an upgrade if you look nice and only if you look nice.

“So, if you’re just in sweats and look like a piece of garbage like I usually do when I fly, you’ll never get upgraded. He said sometimes they will upgrade you, regardless of status, just because you look nice.

“Now I’m going to look much more presentable on my flights, just in case I get a free upgrade.”

One commenter claimed she was upgraded for this exact reason. The TikTok user, called Avery, said: “I got a free upgrade to first class this way.”

Others suggested their methods and insights to bag an upgrade. Maimiti Ho said: “Looking nice is the key to being able to BE upgraded. I work in the airlines. You can politely ask for one, sometimes a small gift helps too.”

One commenter Jessica said: “If you give the flight attendants gifts (candy, Starbucks gc, lotion, sanitizer, etc). They will look out for you!! Works best on long flights.”

But, not everyone agreed. Another argued: “‘Only dress nice’ is not true. I get upgraded on almost every flight wearing leggings and a hoodie. Be part of their rewards programs, that’s the key.”

Another said: “Ninety-nine percent of upgrades are based on airline loyalty and status. The rare ‘random’ upgrade is based on the fares paid.”

5 ways to get upgraded to First Class or Business Class

Loyalty schemes will allow you to build up points you can use towards upgrades and other flights. Airlines often make a point to reward their loyalty scheme members first.

Arriving early will maximise the chances of getting upgrades, as only so many will be available on any given flight. The ground crew is less likely to be stressed at check-in if there is a smaller crew and more likely to look fondly upon you.

Travel when it’s quite

Peak times are the least likely times to get an upgrade because so many people are travelling. Bank holidays are good times to book, as business flyers don’t travel on these days as frequently.

Airlines are hugely unlikely to upgrade someone dressed in PJs are a tracksuit. Looking smart and business-y is more likely to get you a coveted business class seat.

There is no harm in asking for an upgrade. The cabin crew may well say no, but if you are charming – trying your luck could bag you a better seat.