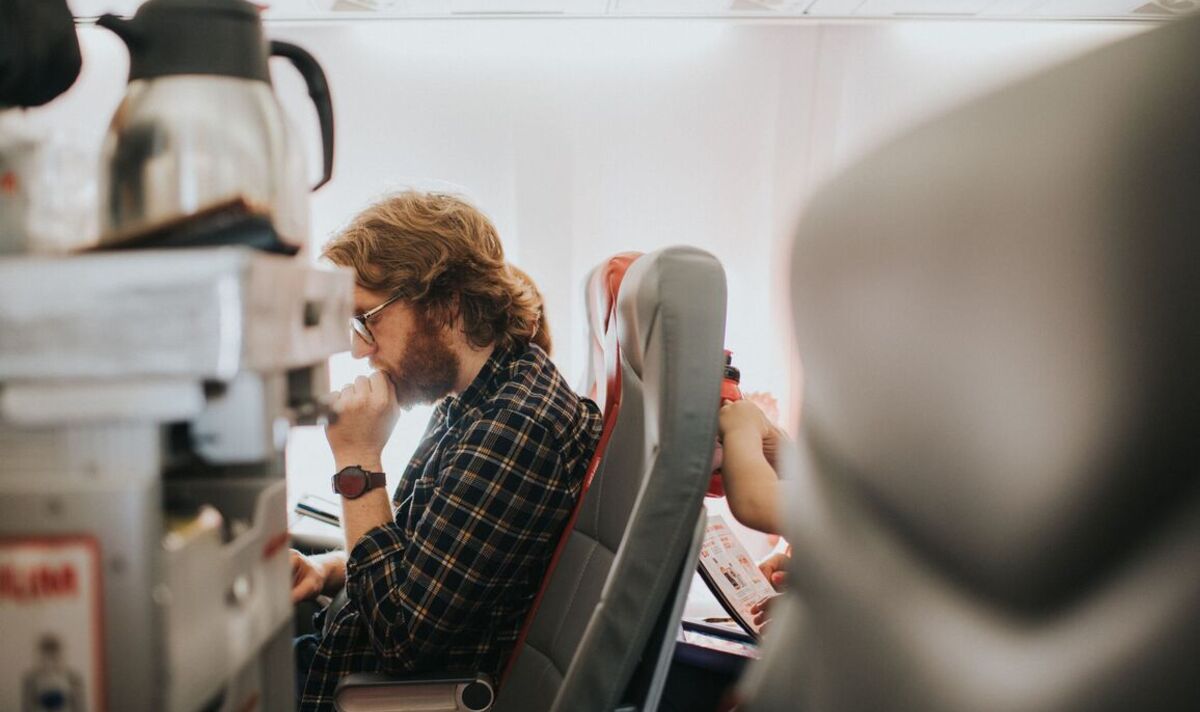 Michael S, who described himself as a “world traveller who has visited over 100 countries in 45 years”, shared a conflict he recently had with another passenger on board a British Airways flight to Cape Town. “I once smacked a passenger in the face with my laptop,” he explained on the social media platform Quora.

The man explained that he was seating in Club Class, which is the equivalent to First Class on British Airways, flying overnight to Cape Town, South Africa.

According to the traveller, he was quietly working on his laptop when the passengers next to him by the window seat “who had over-indulged at dinner and decided that he didn’t want to fly backwards any more, started yelling for cabin crew“.

The disruptive passenger woke the other passengers in First Class who had settled down for the night so two flight attendants had to “rush over to see what the problem was”.

The flight attendants reportedly told the unruly passengers that it was a very full flight, but they would see if they could find an aisle seat for him, as those are the ones facing forwards on the British Airways 747 plane.

The man claimed that the passenger said to the crew: “Listen you stupid b***, I don’t want an aisle, I want a window going forwards!”

“At this point, I closed my laptop and stood up, and told him in no uncertain terms to stop being rude, and that this plane didn’t have any seat like that in Club Class,” he said.

The other passenger took offence at his intervention, and he decided to hit him but “swung his fist round and clipped the taller crew member on the side of her face,” the man claimed.

He then decided to pick up his laptop and slap the “rude” passenger on the side of his face, and although he knew “it was wrong”, he wasn’t going to let the angry passenger hit the other members of the crew.

After this, the unruly passenger slumped over the seat, and between him and two flight attendants, they restrained him into another seat.

The crew reportedly secured him in the aisle seat before he recovered, so he couldn’t be a danger to anyone, and they could check on his health throughout the flight.

According to the traveller, the captain came out of the flight deck later on and congratulated him for helping the crew restrain a disruptive and dangerous passenger.

The unruly passenger “slept like a baby all the rest of the flight” until the police came on board after landing and took him into custody.

Having disruptive passengers on board is very common and all planes carry a restraining kit for the flight attendants to use in case they encounter some kind of physical or verbal violence on the aircraft.

However, cabin crew can physically restrain any passengers if they feel it is appropriate to do so in order to minimise further disruption for them or the other passengers.

As part of their training, flight attendants know personal defence and restraining techniques such as using handcuffs or special masks to avoid passengers spitting and biting.

The International Air Transport Association (IATA) said, however, that restraining a passenger should be used as a last resort, and only if all the others ways of de-escalating a situation have failed.

Katherine Kaczynska, a spokesperson from IATA explained: “Before restraining a passenger, the cabin crew will always seek the permission of the Commander (Captain) who will give their authorisation if they perceive a risk to the safety of the flight, the crew or other persons onboard.”

If a passenger has to be restrained, the flight attendants have to keep them this way until landing when the police will come on board to assess the situation.

Unruly passengers can face huge fines for their disruptive and dangerous behaviour in the air and other penalties can include being banned from that airline or even worse, being included on the “no-fly list”.

Travellers in this list are banned from boarding an aircraft as “they could be a threat to aviation and/or national security,” Public Safety Canada explained.