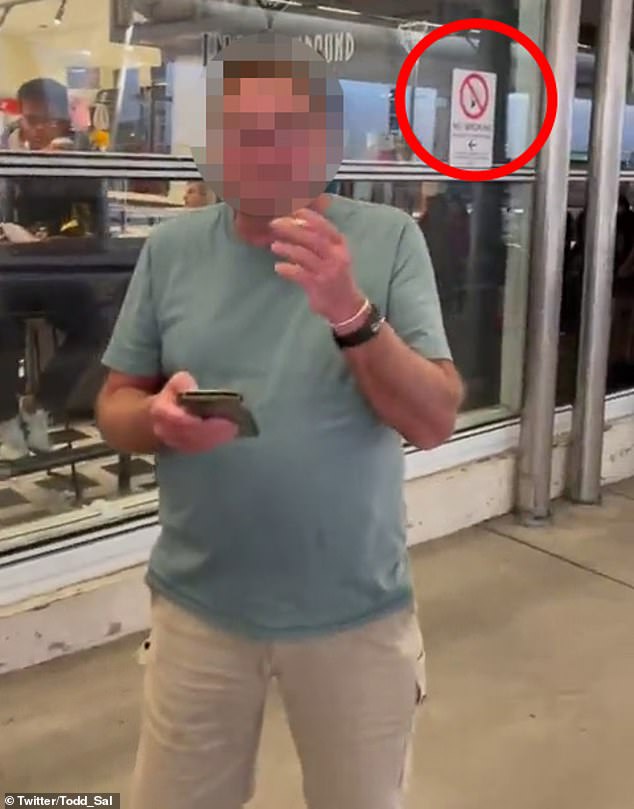 A furious traveller has erupted at a group of smokers blatantly puffing away in a non-smoking zone out the front of Sydney Airport.

The non-smoker was apparently walking through the doors of Australia’s busiest set of passenger terminals on Thursday night when he stumbled upon a man having a cigarette, just metres away from a sign instructing them not to.

‘Would you put your cigarette out please? There’s a no smoking sign right there,’ the traveller said.

The defiant smoker replied: ‘No, I won’t.’

Another person loitering in the smoking area can be heard in the background asking the person filming to let the smoker finish his smoke.

The camera then pans to show two other men, who aren’t shown smoking – but appeared to have just finished.

The man has since posted the footage online and tagged authorities including Sydney Airport, NSW Health, NSW Police and Chief Health Officer Dr Kerry Chant in the hope they will take action.

‘What’s the point of a no smoking area if you just let these morons blow smoke in the public’s face?’ he fumed.

‘Not a security guard in sight. No doubt you’ve got cameras everywhere. Pick up your act.’ 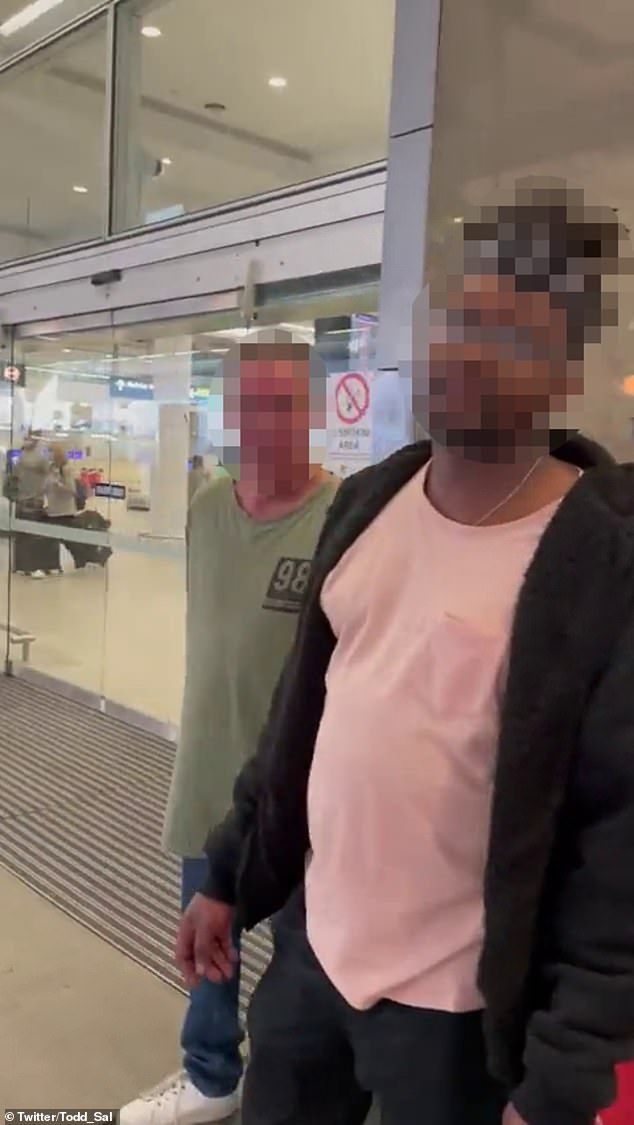 Sydney Airport has vowed to make sure smokers comply with the rules.

‘This is not on,’ an airport spokesperson said.

‘We will work with NSW Health to make sure people comply with smoking bans and are aware of designated smoking areas at the airport.’

It is against the law in NSW to smoke within four metres of a pedestrian entrance or exit of a public building.

On its website, the airport said: ‘NSW Health Inspectors are responsible for enforcement and can issue $550 fines to people who do not comply with the la.

‘Smoking is not permitted inside the airport terminals. 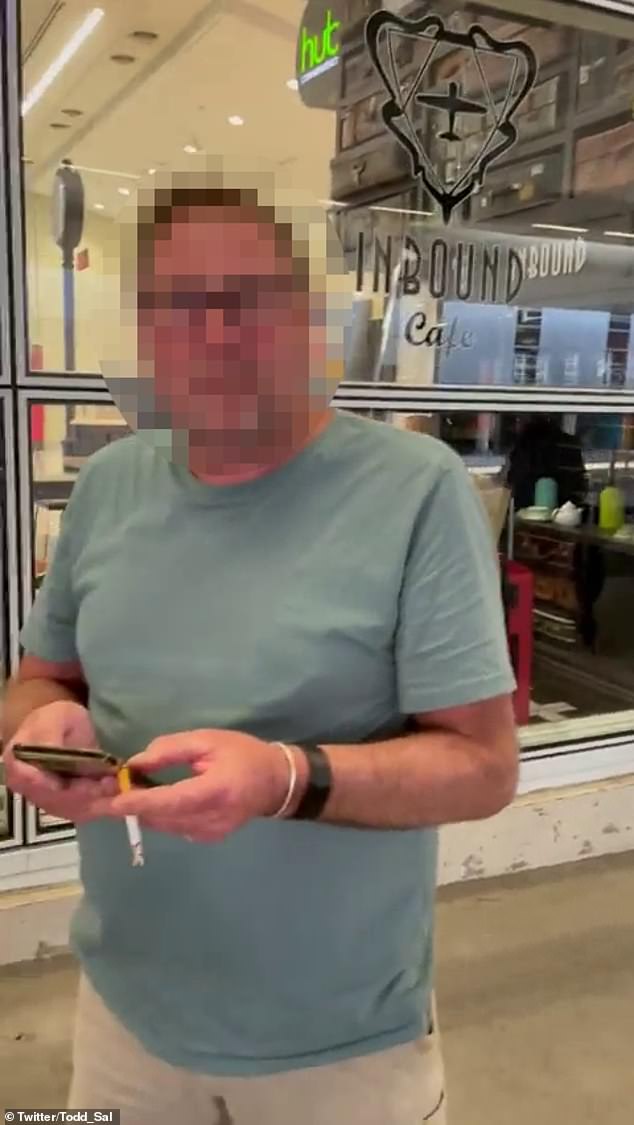 One of the men continue to puff away, despite the non-smoker’s plea to butt out