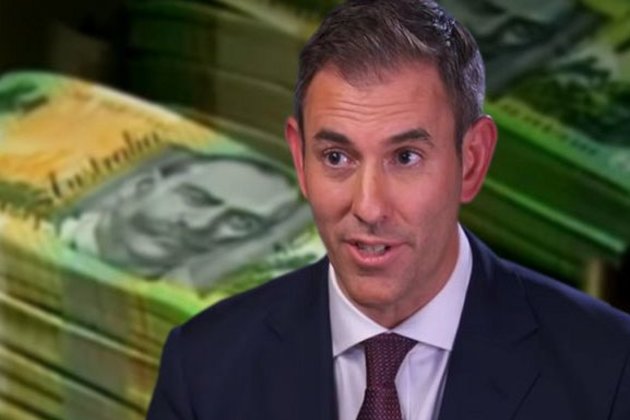 Other countries are steadily repaying government debt accumulated during the global financial crisis and the COVID pandemic. Australia should also, as Alan Austin reports.

When asked about the economic problems inherited by the new Labor Government, Chalmers replied:

The Coalition’s last Budget projects the debt to reach one trillion dollars in 2023-24.

According to the latest monthly report from the Finance Department, Australia will pay $18,462 million in interest on that debt. That is $2,743 for every Australian household. Every year.

That is wealth not available for essential outlays, such as supporting those who currently are unable to work due to COVID restrictions.

Last Friday, Treasury reported that the gross debt had been cut by a thumping $18.7 billion, down to $874.5 billion. In one week. Is this a result of intentional government action or merely a fluctuation, albeit a mighty big one? (We asked the Treasurer, who was then en route to Indonesia. If he replies, we will post it in the discussion, below.)

Strategies for reducing this debt

Treasurer Chalmers met the G20 finance ministers and central bank governors in Indonesia last Friday and Saturday. On the agenda were debt sustainability and the importance of ensuring multinationals pay their fair share of tax.

The Albanese Government could begin the task of repaying the debt by immediately instructing the Australian Tax Office to recover taxes evaded by multinational corporations over the last decade or so. This would not break any election promise. Albanese and Chalmers always said they would not introduce any new taxes but would reform multinational tax avoidance and evasion.

The corporations must pay up

In the boom years between the Global Financial Crisis and the COVID recession, several countries took advantage of soaring corporate profits and increased the rate of company taxation. Other countries did the opposite, cutting the rate to give corporations an even greater slice of their national income pies.

Australia did not adjust the corporate tax rate, but effectively reduced contributions paid by the corporate sector by allowing widespread corporate tax evasion. This is quantified each year by the Tax Office’s transparency report.

A Liberal history of irresponsible economics

How much better will the economy be under Morrison and Frydenberg?

Taiwan’s jobless rate has been below 3.8% most of the time since 2018. Productivity has soared, reaching an all-time high of 147.2 index points in February. Most other indicators have been equally laudable.

Other countries to lift the corporate tax rate and reap the benefits include Germany, South Korea, Ecuador, Chile and Columbia.

India cut its corporate tax rate from 34.6% to 25.2% in 2019. Since then, its deficits have worsened and its government debt deepened.

Other countries which cut the corporate tax rate and copped a blow-out of government debt, or other disastrous consequences, include Spain, Israel, Sweden, Argentina and the United Kingdom.

National accounts mark Coalition ‘F’ for Fail on the economy

The final report on the Morrison Government’s economic management was a damning indictment of failure.

Now is the time

Despite current concerns about inflation, food shortages and new COVID variants, the global economy is quite buoyant. All 38 OECD countries are in strong positive annual GDP growth. Almost all, including Australia, now have jobless rates at or near record lows.

Of the 30 OECD member countries that have reported gross government debt to the end of 2021, 23 reduced it over the year. Italy and Belgium cut it by more than 4% of gross domestic product (GDP), Denmark and Slovenia by more than 5%. Portugal reduced its debt by an impressive 7.8% of GDP and Greece by 13%.

Australia is yet to officially report, but we know its debt blew out disastrously last year – by $47.8 billion.

Now is the perfect time for an incoming administration to collect corporate taxes at the required rate of 30% – no rate rise is needed – and get the debt down. If Greece and Portugal can, so can Australia.

Alan Austin is an Independent Australia columnist and freelance journalist. You can follow him on Twitter @alanaustin001.